Bring Your A GameHealthNews Releases 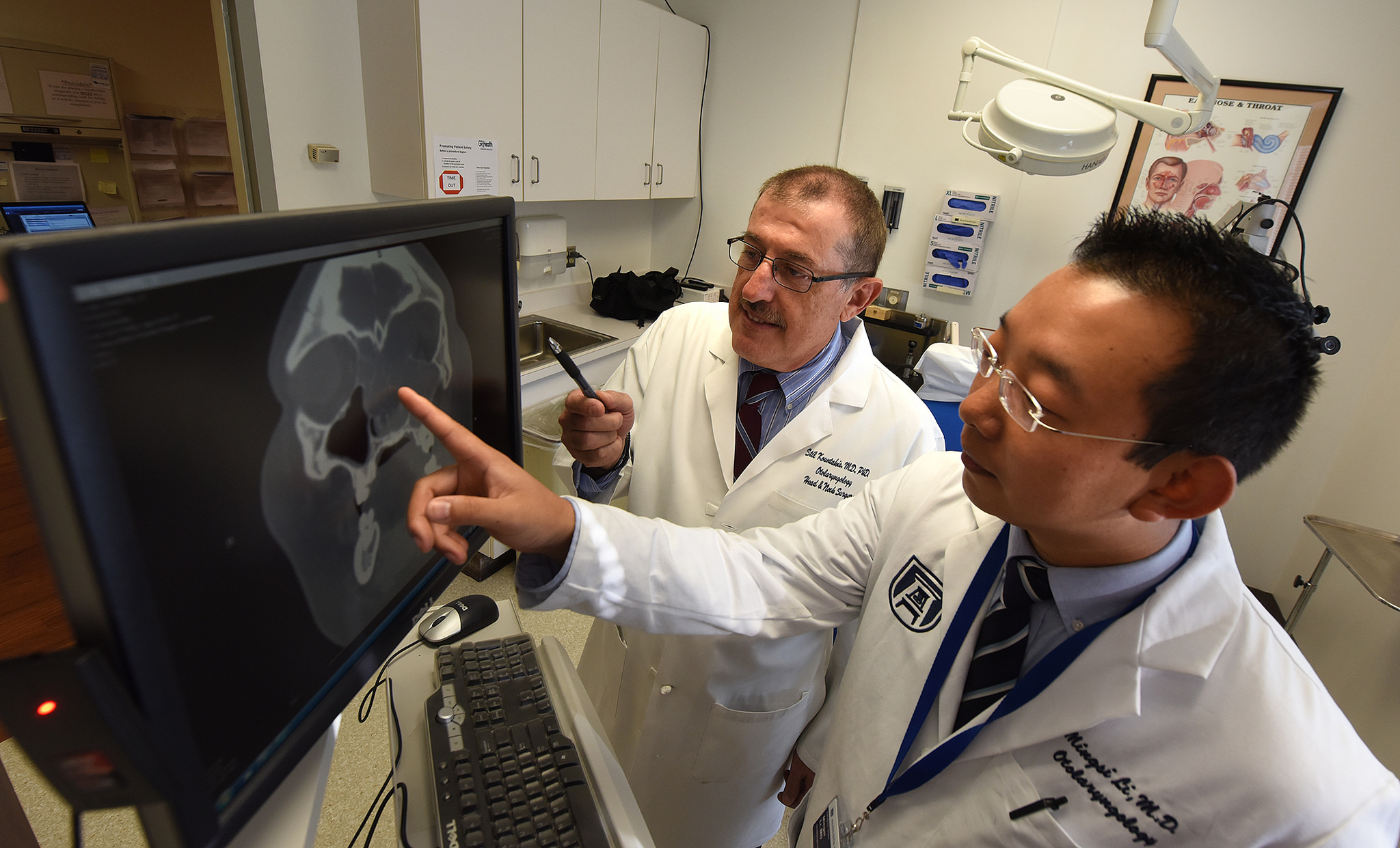 Dr. Stilianos Kountakis, chair of the Department of Otolaryngology-Head and Neck Surgery at the Medical College of Georgia at Augusta University, is the recipient of a 2017 Presidential Citation from the American Rhinologic Society.

Kountakis, who also is the Edward S. Porubsky, MD Distinguished Chair in Otolaryngology, received the award at the group’s annual meeting this month in Chicago. He was recognized for his longtime service to the society, including serving as its president in 2009-10, and his work starting the group’s journal, International Forum of Allergy & Rhinology, which is now one of the top five otolaryngology journals. He received the society’s Golden Head Mirror Teaching Award in 2015.

In addition to serving as chair, he also directs the AU Health System Georgia Sinus Center and MCG’s rhinology-skull base surgery fellowship program. Kountakis came to the medical school in 2003 from the University of Virginia, Charlottesville, where he was director of the Division of Rhinology and Virginia Sinus Center.

He has served as vice president of the Southern Section of the Triological Society, and as member of the Board of Directors and past president of the Georgia Society of Otolaryngology-Head and Neck Surgery.

Kountakis has served as associate editor of the American Journal of Rhinology and Allergy, and the International Forum of Allergy &Rhinology. He is editor-in-chief of the first Encyclopedia of Otolaryngology-HNS and has edited 4 additional textbooks, the first and second editions of The Frontal Sinus, Rhinologic and Sleep Apnea Surgical Techniques, Revision Sinus Surgery and ENT- Core Knowledge. His research interests include pathophysiology and pathogenesis of sinusitis and polyps, medical and surgical outcomes and allergic fungal sinusitis. He is consistently ranked among America’s Best Doctors.

The American Rhinologic Society’s mission is to serve, represent and advance the science and the ethical practice of rhinology. The Society promotes excellence in patient care, research and education in rhinology and skull base disorders.