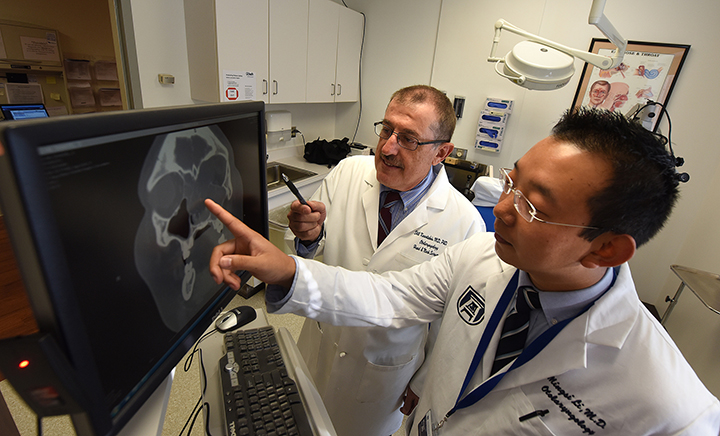 Dr. Stilianos Kountakis, chair of the Department of Otolaryngology at the Medical College of Georgia at Augusta University, has been named an honorary member of the European Rhinologic Society.

The honor is given to a select few members of the society, based on past significant contributions to the group and the wider specialty of rhinology, a medical field dedicated to the study and treatment of diseases of the nose and the paranasal sinuses. Kountakis, who also serves as Edward S. Porubsky Distinguished Chair in Otolaryngology, will receive the award Sept. 27 during the opening ceremonies of the group’s annual Congress.

In addition to serving as department chair, he also directs the AU Health System Georgia Sinus Center and MCG’s Rhinology-Skull Base/Sinus Surgery Fellowship Program. Kountakis came to the medical school in 2003 from the University of Virginia, Charlottesville, where he was director of the Division of Rhinology and Virginia Sinus Center.

Kountakis has served as associate editor of the American Journal of Rhinology and Allergy, and the International Forum of Allergy &Rhinology. He is editor-in-chief of the first Encyclopedia of Otolaryngology-HNS and has edited 4 additional textbooks, the first and second editions of The Frontal Sinus, Rhinologic and Sleep Apnea Surgical Techniques, Revision Sinus Surgery and ENT- Core Knowledge. His research interests include pathophysiology and pathogenesis of sinusitis and polyps, medical and surgical outcomes and allergic fungal sinusitis. He is consistently ranked among America’s Best Doctors. 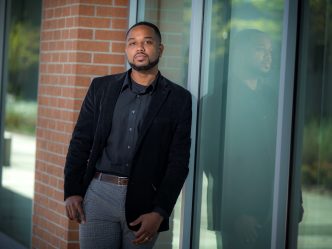 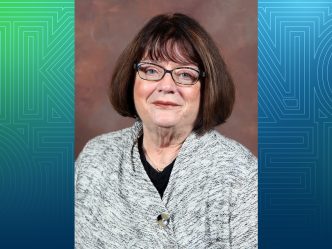 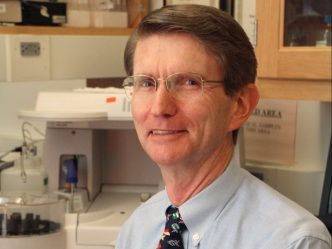 Ownby honored by American Academy of Allergy, Asthma and Immunology 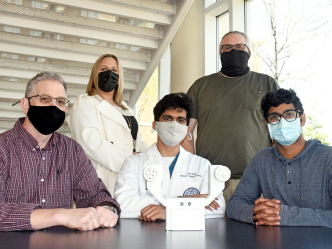