Melinda McKew, who has lived abroad while raised in a military family, received her Bachelor of Arts in English at AU in 2011. She was also a first-generation college student who graduated as one of the five valedictorians of what was then Augusta State University.

“I really flourished here as a student,” she said. “I think because I was able to develop close relationships with professors and other students. So when it came time for me to switch careers and become a student again, I thought, why not Augusta University?”

“The university has become more geographically and ethnically diverse,” she said. “We have a shuttle system and fancy dorms. I think overall, the university has improved pretty positively.”

Although some wouldn’t consider returning to college to continue their education to pursue a medical degree, this wasn’t the case for McKew.

“It’s always something I thought about doing,” she said. “But I got passionate about other things. I got my degree in English literature, but I minored in women’s studies, and I got really into social justice. I went on to promote that on campus and to the community.”

After she obtained her first degree, she went on to attend Georgia State University for her master’s degree in women’s studies.

Now, McKew is completing her degree in cellular and molecular biology this semester and looks forward to beginning the next chapter in her career as a medical student at the Medical College of Georgia.

“A lot of people in certain spaces have really terrible experiences with doctors, whether it’s because of their gender identity, race, class or sexual orientation. I realized that if we wanted to have better doctors — ones who are more sensitive to people’s identities and experiences — then someone actually had to become a doctor. I thought I could be that doctor,” she said.

‘Excellence encompasses a lot than academics’

Although she begins medical school in less than a year, McKew hasn’t fully accepted that she’ll be attending one of the most prestigious medical colleges in the state.

“It still hasn’t sunk in. It feels surreal. It was a huge risk to quit my job to start a new career,” she said. “I had to start back at ground zero by taking biology I and II.”

McKew has no regrets about making her career shift.

McKew’s journey to medical school met an unexpected turn when she discovered her mother was diagnosed with stage IV ovarian cancer. She had to postpone her initial plans to apply to MCG to become her mom’s primary caregiver.

“Her initial prognosis was not good, but I still kept up with my classes and volunteer work as much as I could,” she said.

She believes she displayed excellence during this difficult time for her and her family. She thinks the definition of excellence extends past academics.

“Excellence encompasses so much more than academics,” she said. “I’m really proud that professors and others around me think of me in that way. I would classify someone as excellent as someone who is fundamentally a good human. Someone who is trying to do well, not just in their career, but personally.”

‘They are a of students who embody our values on a daily basis.’

Hear more from Roberto Aragon, coordinator for Student Involvement on In the Wild podcast.

‘Helping others is a part of who I am’

Throughout her collegiate experiences, McKew has consistently been involved with community service and servant leadership.

“I can’t imagine my life without doing it. Helping others is a part of who I am,” she said.

One of her proudest accomplishments is being recognized as one of the recipients of the John C. Groves Senior Award.

“This award was given to only two graduating seniors who made significant contributions to the university as well as the community at large,” she said. “That award meant the most to me. Augusta University is where I got my start in social justice. That was the highlight of my undergraduate career.”

This award wasn’t the first time she’s been acknowledged for her community service work. She was also awarded a citizenship award when she was in high school.

“I was nominated by my faculty as someone who they thought was a good person,” she said. “I remember feeling very honored to get that award more than being my high school’s valedictorian because you don’t always get recognized for doing the right thing.”

McKew has also volunteered with MEDLife, a service-learning abroad organization, and supported various organizations such as Planned Parenthood and LAMBDA Legal Defense and Education Fund. She currently volunteers with Rape Crisis Services and hospice care. She looks forward to bringing skills she’s acquired over the years from those experiences to her health care career.

“My social justice background will help me see patients more holistically and understand the power dynamics between doctors and their patients,” she said. “Just because you’re a doctor doesn’t mean the social injustices in the world aren’t in the room with you. A lot of doctors don’t always recognize those things and make assumptions about their patients or don’t understand a lot of cultural differences.”

To conclude another impactful week of celebrating the university’s core values, there will be a Friendsgiving beginning at 10 a.m. Friday, Nov. 13 on the patio of the J. Harold Harrison, M.D. Education Commons.

McKew and the Division of Enrollment and Student Affairs support students paving their own road to excellence.

“Augusta University’s values are so much more than academics. It’s about cultivating the whole person,” she said. “You can be excellent outside of receiving a grade letter.”

See the full calendar of events
Previous
Next

Check out more stories of our Values Week honorees. These students ‘prowldly‘ represent our six core values throughout the year. 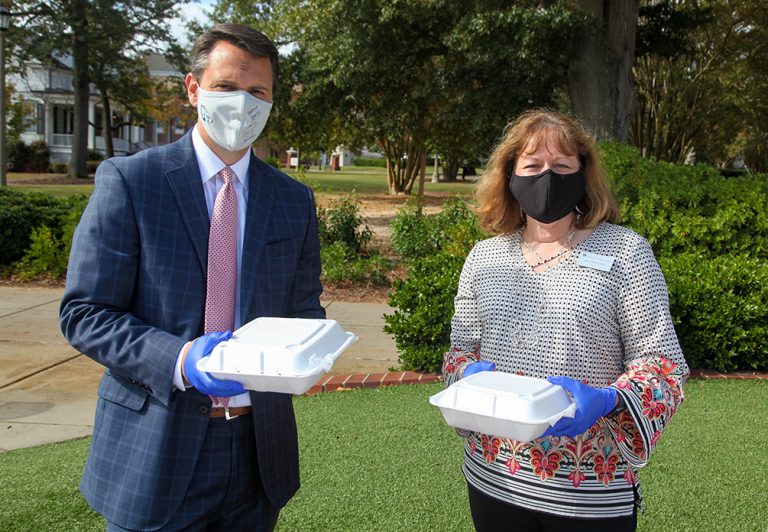 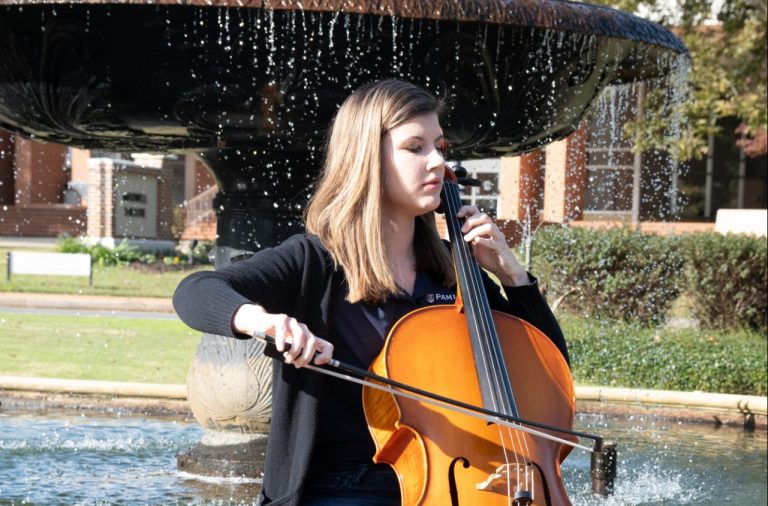 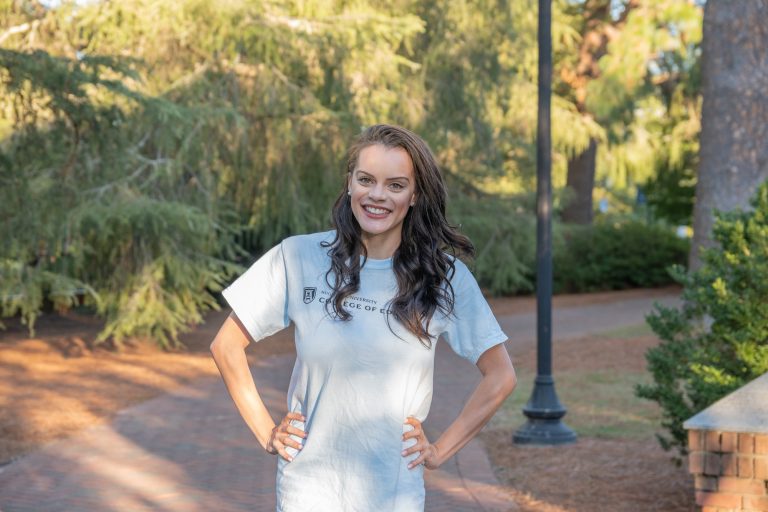 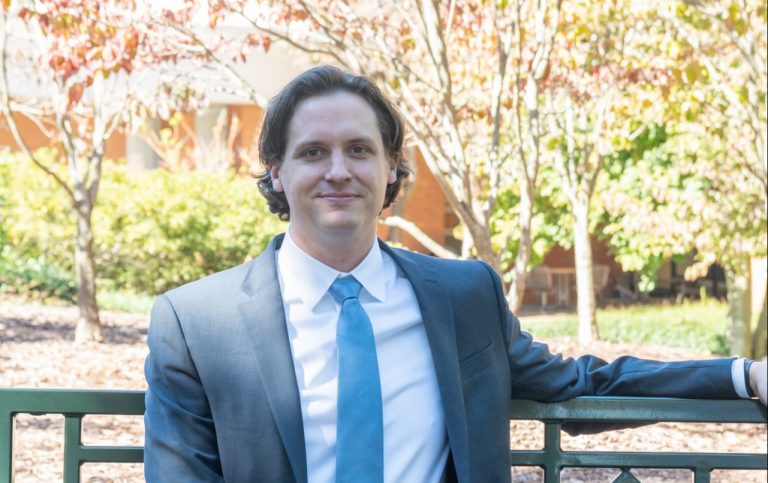 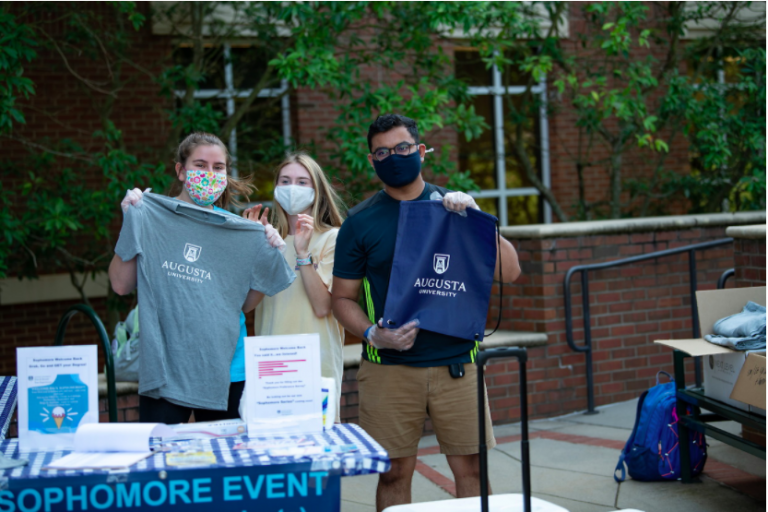 Raysean Ricks is a writer in the Division of Communications & Marketing at Augusta University. Contact him to schedule an interview on this topic or with one of our experts at 706-721-6144 or email him at rricks@augusta.edu.
Like
Like Love Haha Wow Sad Angry