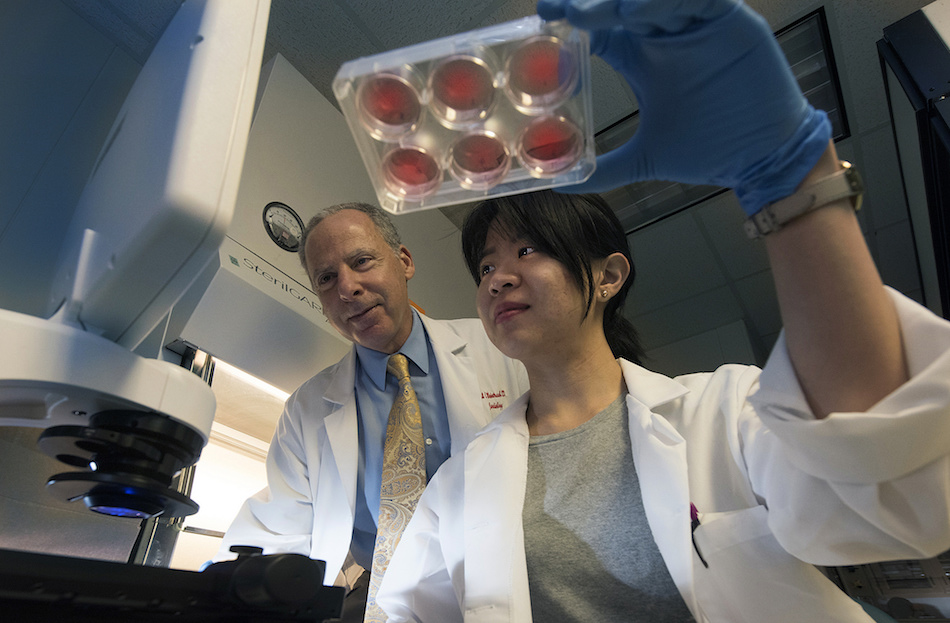 A high-fat diet makes your fat cells larger, inflamed and dysfunctional, putting you at increased risk for diabetes and cardiovascular disease.

Now, scientists want to figure out how to get our bodies instead to make more small, energy-burning fat cells – including heat-producing so-called beige fat – that enable us to use fat as fuel rather than store it as unhealthy, excessive padding.

“We are trying to understand how to make the cells function better during obesity,” said Dr. Neal L. Weintraub, interim chief of the Division of Cardiology and Georgia Research Alliance Herbert S. Kupperman Eminent Scholar in Cardiovascular Medicine at the Medical College of Georgia at Augusta University.

He notes that while the best way to combat obesity is to eat healthy and stay active, there are individuals who, for many reasons, can’t or don’t do that. “Can we develop new therapies to make obese people healthier?” said Weintraub, principal investigator on a new $1.8 million grant from the National Institutes of Health that will enable his research team to learn more about why this unhealthy response occurs and how they might intervene.

They have evidence that at least part of the problem is the ubiquitous histone deacetylase 9, or HDAC9, a multifunctional protein that regulates fat-cell differentiation. Obesity and a high-fat diet increase HDAC9 expression in fat cells. While obesity also increases production by stem cells of undifferentiated cells, called preadipocytes, that can become fat cells, HDAC9 hinders their ability to properly differentiate. Instead, calories must be stored in existing fat cells, making them overly enlarged and dysfunctional. A high-fat diet also significantly downregulates the amount of desirable beige fat added to that mix.

The late Dr. Tapan K. Chatterjee, a molecular biologist at MCG, was first author on the 2014 study published in the journal Diabetes that showed knocking out the HDAC9 gene in mice enables immature fat cells to differentiate, improves glucose tolerance and insulin sensitivity and upregulates genes known to produce beige fat. It also reduces fatty deposits on the liver, another sign of fat-cell dysfunction that can cause hepatitis.

In fact, they’ve shown that mice missing HDAC9 express more beige-fat producing genes than even typically lean, normal mice. “The mouse model showed those animals were much healthier when they consumed this high-fat diet,” Weintraub said. The mice would eat the same amount of food as their HDAC9 intact peers but gain less weight and remain more metabolically healthy, Weintraub said.

Now, the scientists want to know more about why this high expression of HDAC9 occurs in diet-induced obesity. Their focus includes the enzyme EZH2, which is also active in aging stem cells and involved in gene regulation. They suspect that in obesity, EZH2 cannot properly restrain HDAC9, which enables the protein to reach an unhealthy level. They also are looking at whether deleting HDAC9 specifically from fat cells improves cell differentiation, glucose tolerance and insulin sensitivity. They’ll take it a step further to see whether HDAC9 deletion from fat cells ultimately reduces cardiovascular disease risk.

Since HDAC9 is a multifunctional protein expressed throughout the body, it cannot just be blocked in humans. “(But) if we can understand why its expression gets upregulated during the obesity state, we might be able to attack that point,” Weintraub said.

Hibernating animals and babies typically have a lot of brown fat. Usual body locations include between the shoulders and down the back along the spinal cord. Some studies have shown that physically active adults also can retain brown fat. Beige fat, which fits somewhere between brown and white fat, is spread more throughout the body wherever fat may be.

Chatterjee was on the faculty of the University of Iowa for nearly 20 years before being recruited to the University of Cincinnati to help establish a research program in obesity and cardiometabolic disease. He was recruited to MCG with Weintraub in 2013 from Cincinnati where he enabled the expansion of basic science studies in obesity. He was a co-investigator with Weintraub on an additional National Heart, Lung and Blood Institute grant exploring the impact of fat around blood vessels in unhealthy vascular remodeling. Chatterjee was to be co-principal investigator on the new grant but died May 13, 2015, before the grant was awarded.

“Tappan’s story speaks for all the scientists here that are the backbone of the campus … they quietly help others succeed but seldom get the recognition that they deserve,” Weintraub said. “He was also an outstanding mentor and role model for our trainees.” The MCG Vascular Biology Center has established a memorial fund to raise additional research dollars in his honor. 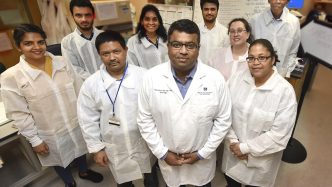 Read the latest news and hear from our experts about the emerging public health concern of novel coronavirus COVID-19.

Opinion: Here’s how the gender gap in presidential politics breaks down by issue