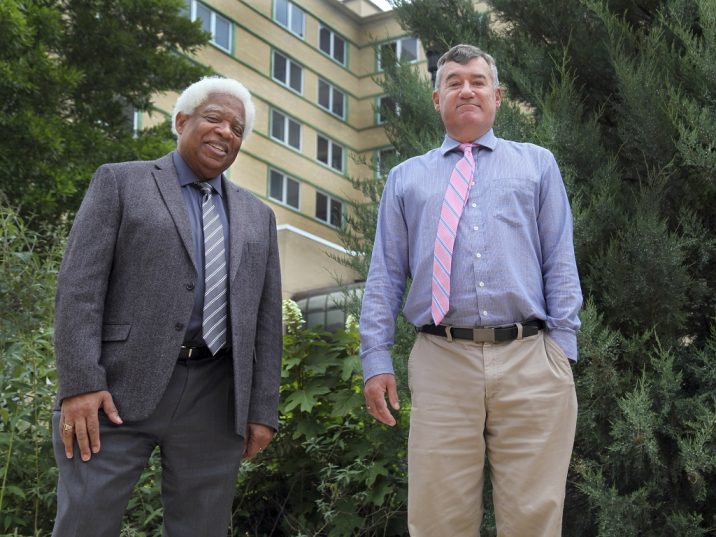 Marked racial disparities exist in confirmed COVID-19 cases and deaths, investigators say, and highlight urgent needs to ensure adequate testing and treatment are available to African Americans and safer working and living conditions are in place so they can better protect themselves.

Also, more complete surveillance data is needed that always includes race, ethnicity and gender to better identify those most at risk and enable better treatment and prevention strategies that target at-risk neighborhoods and engage trusted, faith-based community leaders to help, Medical College of Georgia investigators write in the American Journal of Public Health.

“A colorblind approach to public health surveillance and response cannot bring about equity when both the health care system and the structural conditions that inform it are so weak,” corresponding author Dr. Steven S. Coughlin, interim chief of the Division of Epidemiology in the MCG Department of Population Health Sciences, and his colleagues write.

Poverty, lack of health insurance and decreased access to health care are factors that likely contribute, as are past transgressions that have left many African Americans distrustful of government and the health care system, they write.

“To mitigate racial disparities in COVID-19 infection and mortality, safer working conditions and living environments (also) are needed that include provisions for personal protective equipment, social distancing, and hand/surface hygiene,” they add.

In reality, a higher percentage of African Americans work in jobs where it’s difficult or impossible to work from home or maintain a safe social distance at work, Coughlin says. Additionally, many of these jobs don’t offer paid leave or health insurance, which means individuals may delay being tested and even present at the hospital sicker, he says.

In New York City, for example, which became a COVID-19 epicenter in the United States, reports based on U.S. Census Bureau statistics indicate that  about 75% of the frontline workers in the city — those who work in grocery, convenience and drug stores; public transit; trucking, warehouse and postal services; health care; childcare, homeless, food and family services; and building cleaning services — are African American. A large percentage of these workers have to travel long distances to their work and a significant percentage live at or below twice the poverty line.

When looking at statistics on who got COVID-19 and where, as recently as late April, the investigators found that a lot of states did not release confirmed cases and deaths broken down by race, and the data was often limited on the states that did, Coughlin says.

But the information that was available from select cities and states painted a clear picture that African Americans throughout the nation are disproportionately impacted by both infection rates and death, Coughlin says of statistics primarily available from predominantly bigger cities in the Midwest and Northeast like Chicago, Milwaukee, Philadelphia and New York.

The first cases of COVID-19 in the United States were reported in January 2020, and rates began to take off late March and early April, Coughlin says.

“Throughout this period, half the states had not released information about cases and deaths broken down by ethnicity,” he says.

The official word was there was a bureaucratic lapse because things were moving so rapidly, says Dr. Joseph Hobbs, chair emeritus of the MCG Department of Family Medicine and a senior author on the paper, who was shocked both by race often not being noted and by the disproportionate number of African Americans that were noted among COVID-19 related deaths. “The lack of information is still there,” Hobbs adds, and would help strategize how best to move forward.

“You can’t test the whole world but you can test segments where you know there are potential problems … if you are able to document those problems, then you can divert resources to those communities to try to work on processes that make the community more aware of the things they could do to support each other with regard to stopping transmission of the disease,” Hobbs says.

“Black churches can serve as testing and triage centers, health action zones to bridge government resources with community resources, and serve as a platform to overcome trust issues related to health care,” they write.

“Our editorial calls for improved public health surveillance data to monitor the COVID-19 epidemic in different, diverse communities,” Coughlin says, noting that other people of color, like the Navajo population, are also disproportionately impacted by the novel coronavirus. Improved surveillance includes more testing as well as more contact tracing once positive individuals have been identified, he says, noting targeted testing initiatives in disadvantaged neighborhoods in New York state and culturally appropriate PSAs in Las Vegas and South Carolina.

Longer-term goals include addressing the structural problems at the heart of the issue, Coughlin says.

The investigators say structural problems, including poverty, unemployment, household and neighborhood crowding and otherwise substandard housing, account for the pronounced disparities they see in available data.

Coughlin notes that structural problems, that also include food deserts and lack of safe/affordable places to exercise, also likely play a major role in  increased rates of chronic conditions like hypertension and diabetes that also are risk factors for novel coronavirus infection and death.

These structural conditions first expose a population disproportionately, says Hobbs, and the chronic conditions put African Americans at increased risk of dying from the infection.

“Some commentators have drawn an analogy between what happened after Katrina like in the lower Ninth Ward of New Orleans and what is happening now with disparities and COVID-19,” Coughlin says of a predominately black area of the city that was pummeled by the 2005 Category 3 hurricane and was the last to have power and water restored.

“The poverty and substandard living conditions existed in New Orleans for hundreds of years, but the hurricane brought them to light,” Coughlin says. “Here we have another national emergency and it is shedding light on long-existing structural problems like redlining and segregated neighborhoods,” he says of the historical lending practice of limiting mortgages in communities of color.

As of mid-June, racial and ethnic information was available for only about 35%  of the total deaths in the US, although it was clear that blacks and other disadvantaged groups are experiencing infection and death rates that are disproportionately high for their share of the total population, according to Dr. Lisa A. Cooper, Bloomberg Distinguished Professor at the Johns Hopkins Bloomberg School of Public Health and School of Medicine, and director of the Johns Hopkins Center for Health Equity.  The university’s COVID-19 Testing Insights Initiative provides a national perspective on COVID-19 testing, results and other insight.