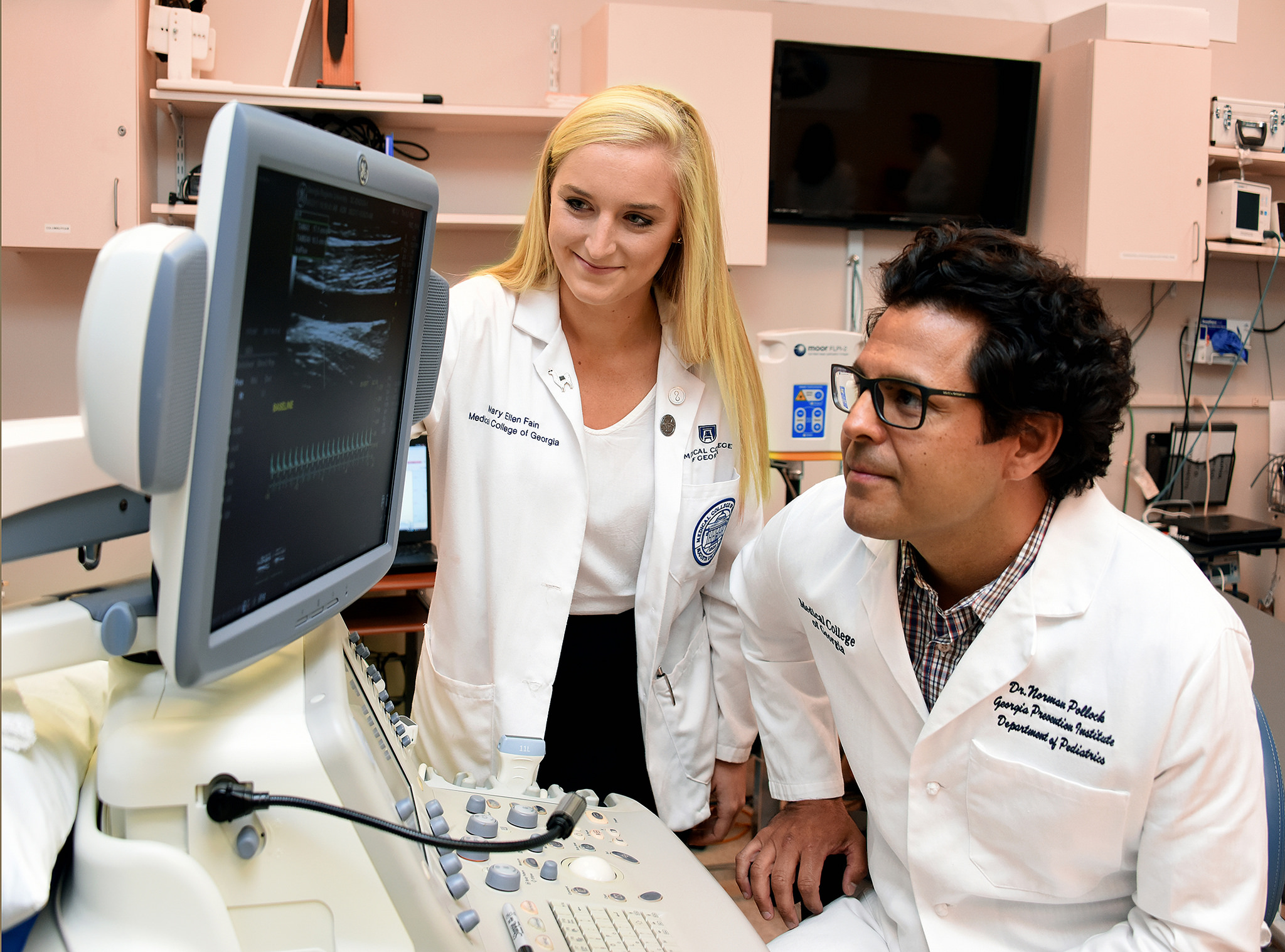 Scientists have found another reason for children to eat their green leafy vegetables.

A study of 766 otherwise healthy adolescents showed that those who consumed the least vitamin K1– found in spinach, cabbage, iceberg lettuce and olive oil – were at 3.3 times greater risk for an unhealthy enlargement of the major pumping chamber of their heart, according to the study published in The Journal of Nutrition. Vitamin K1, or phylloquinone, is the predominant form of vitamin K in the U.S. diet.

“Those who consumed less had more risk,” says Dr. Norman Pollock, bone biologist at the Georgia Prevention Institute at the Medical College of Georgia at Augusta University and the study’s corresponding author.

Overall, about 10 percent of the teens had some degree of this left ventricular hypertrophy, Pollock and his colleagues report.

Left ventricular changes are more typically associated with adults whose hearts have been working too hard, too long to get blood out to the body because of sustained, elevated blood pressure. Unlike other muscles, a larger heart can become inefficient and ineffective.

The scientists believe theirs is the first study exploring associations between vitamin K and heart structure and function in young people. While more work is needed, their findings suggest that early interventions to ensure young people are getting adequate vitamin K1 could improve cardiovascular development and reduce future disease risk, they write.

In the 14-18 year olds who consumed the least vitamin K1, the study found the overall size and wall thickness of the left ventricle were already significantly greater and the amount of blood the heart pumped out significantly lower, Pollock  says.

Only 25 percent of the teens in the study met current adequate intake levels of the Food and Nutrition Board of the Institute of Medicine, Pollock notes.

“They had higher levels relative to the other kids,” Fain said. “But even at that age, it seemed to make a difference in their hearts.” Fain and Pollock noted that it was clear than none of the participants consumed large amounts of the vitamin.

Vitamin K is known to be important to blood clotting and healthy bones. There is increasing evidence of its cardiovascular impact as well. For example, one direct, negative impact of low vitamin K intake on the heart may be reduced activity of matrix Gla protein, which helps prevent calcium deposits on blood vessel walls.

Pollock, who is also leading a novel study of the cardiovascular impact of a vitamin K supplement on obese children already showing signs of diabetes risk, has early evidence that the vitamin levels are lower in obese and overweight children.

Like matrix Gla protein, vitamin K is essential to increased production of osteocalcin, a protein hormone important to bone metabolism and insulin sensitivity. Those parallels – and the fact that osteocalcin can’t currently be given directly – led Pollock to pursue his ongoing clinical trial in obese children with higher-fasting glucose levels. Pollock’s lab and other investigators in the United States and Europe are also looking at the impact of vitamin K supplements on adults with heart disease, but adult findings to date have been inconclusive.

Participants wore activity monitors for seven days and completed between three and seven 24-hour periods of self-reports about what they ate.  About 70 percent had a least six days of food records, which increases the accuracy of self-reports, Pollock says.  Echocardiography was used to examine the left ventricle.

Fain received a plenary poster award for the research at the American Society for Bone and Mineral Research 2017 Annual Meeting Sept. 8-11 in Denver. The research was funded by the National Heart, Lung and Blood Institute, the American Heart Association and the Medical Scholars Program at MCG and AU.

The Framingham Offspring Cohort Study found an association between higher vitamin K1 levels and higher levels of the good LDL cholesterol and lower lipid levels in the blood, both associated with healthier hearts. Adult studies, like the Nurses’ Health Study and Prospective Army Coronary Calcium study, have provided conflicting evidence of its cardiovascular impact.

The short-acting vitamin is active only about six hours after it’s consumed.

Pollock is an associate professor in MCG’s newest department, the Department of Population Health Sciences.