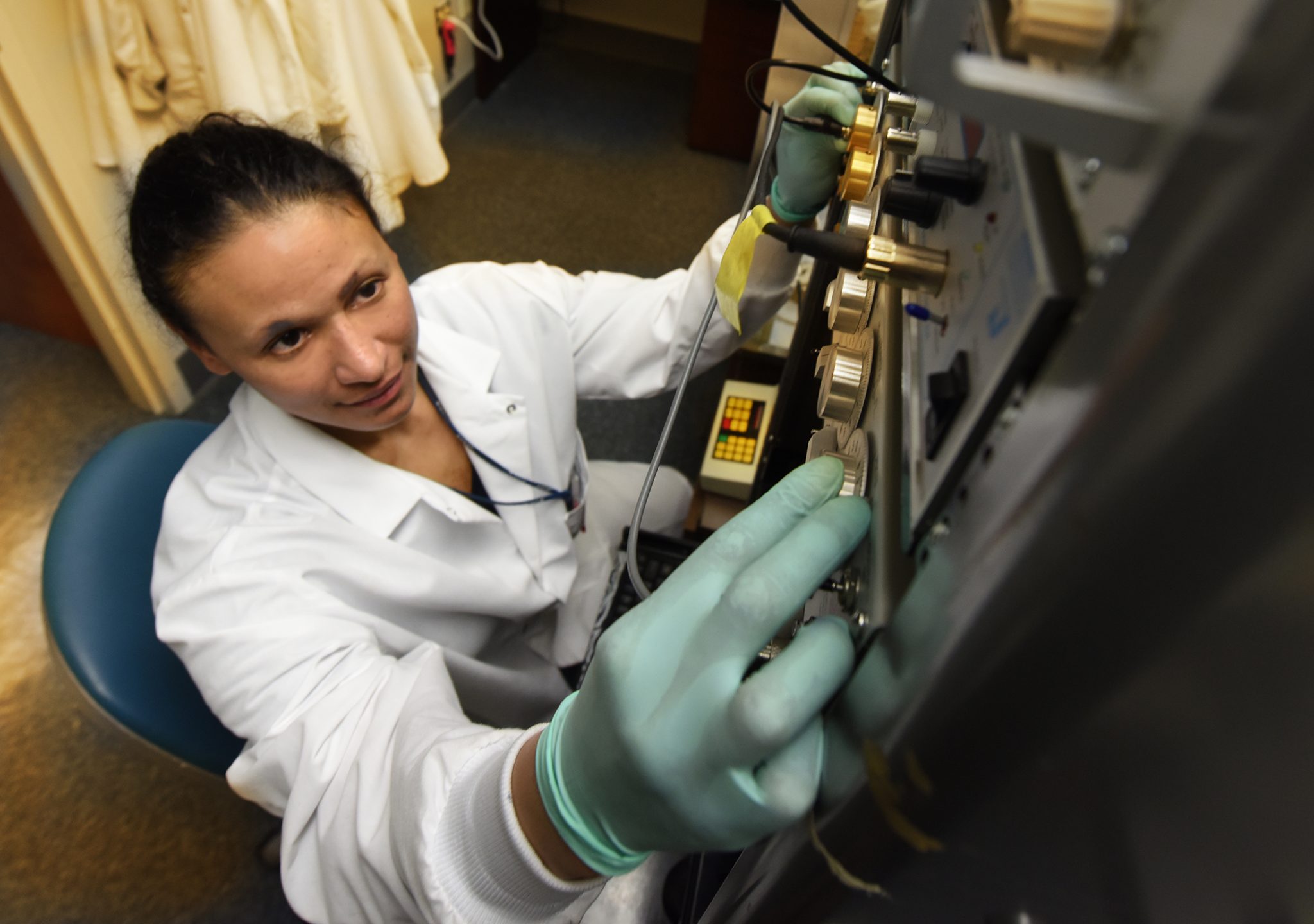 Is a pear- or apple-shape physique best for our brains?

With the new year still ringing, many of us have fat on our minds, but Dr. Alexis M. Stranahan is more interested in what fat does to our minds.

The neuroscientist in the Department of Neuroscience and Regenerative Medicine at the Medical College of Georgia is principal investigator on a new $1.7 million grant from the National Institutes of Health that will help determine whether a pear- or apple-shape physique is best for our brains.

Like with cardiovascular disease, she suspects and has early evidence that the apple shape – characterized by fat depositing around the major organs in the abdominal cavity – is far worse for the brain. In fact, subcutaneous fat, the more diffuse fat we have under our skin, may be somewhat protective.

“We are refining our risk factors,” says Stranahan, to find which obese individuals really are at increased risk of cognitive decline and dementia.

“We need to start understanding and parsing the contributions of obesity alone because we can’t just tell everybody who has a body mass index that categorizes them as overweight that they are at risk for dementia,” Stranahan says. Because they probably are not.

So she is looking to find what signal(s) visceral and subcutaneous fat are sending, how they get into the brain and what message they deliver. “We need to break down the dichotomy between the brain and the rest of the body, because it’s not operating in isolation.”

Stranahan reported two years ago that a high-fat diet causes immune cells in our brain called microglia to start consuming the connections between our neurons, a loss that is rapidly recovered once a low-fat diet is resumed. Normally microglia protect the brain by traveling about, internalizing dead cells and extracellular debris. A high-fat diet and related obesity prompts them instead to settle down and start consuming the invaluable synapses. The year before, she reported that cognitive decline in obese and diabetic mice could be reversed with exercise or surgical removal of belly fat. Conversely, transplanting belly fat from one of the unhealthy mice to a normal mouse, prompted increased brain inflammation and cognitive decline.

Now she is taking diabetes out of the equation for a moment to look more purely at the cognitive impact of fat. She is looking at  what happens when she transplants fat from an obese to a normal mouse that has a few genetic modifications so her research team can see how the visceral fat transplant is causing brain inflammation and cognitive impairment. The genetic manipulation allows her to selectively turn off genes in the microglia to see if these normally helpful cells become unwitting sensors for visceral fat.

“We think the specific receptor in microglia called interleukin 1 receptor 1, is a sensor for prominent inflammatory cytokines that get into the brain from visceral fat in obesity. We are knocking it out in microglia to see whether that receptor is involved in the cognitive impact and brain inflammation that we see in fat transplant recipients,” she says. Interleukin 1 is part ofa family of cytokines key to regulating the immune response and inflammation.

She suspects that visceral fat releases inflammatory cytokines and the microglia sense them with this receptor, which transforms microglia from their protective to destructive mode.

“Now instead of supporting the neurons, they are reaching out, they are internalizing the synapses and they are releasing factors locally in the brain that impair cognition,” Stranahan says.

Visceral fat appears particularly toxic because of location. “If you are there in the viscera, you are close up to all the gut microbiota and the gut can actually become leaky so the bacteria can start leaking out and the visceral fat right there next to it has the potential to get inflamed that way,” Stranahan says. Even in normal weight individuals, any visceral fat just tends to have more immune cells – and so reactivity – than subcutaneous fat.

When she and her research team look at subcutaneous fat, they find it’s more than just storage space, rather the immune cells in this under-the-skin and more diffuse fat do not promote inflammation, rather appear to protect the brain from an attack on the synapses and cognitive decline.

To ensure they are really focusing on the cognitive impact of obesity – without its common partner diabetes – they are doing a series of metabolic tests to ensure that the mice are not diabetic.

Stranahan sees a day when multiple factors like the levels of inflammatory markers in your blood along with your fat distribution and family history could better personalize treatment.

“Just like we have diabetes educators today, we need to have brain educators to explain to some individuals that, 20 years from now, if you want to be living on your own, you need to stop eating the way you are eating and exercise more or both,” she says.

Her studies of distinctive reactions by the two fat types should also yield some treatment targets to address the clearly negative effects of visceral adiposity. One of the factors she is studying for the brain also plays a role in obesity-related diabetes. “If we could kill two birds with one stone, that would be great,” she says.

Obesity, diabetes and cognitive decline have been associated for decades. Some of the earliest associations came from the Netherland’s prospective and ongoing Rotterdam Study, looking at the major health issues of aging led by Erasmus Medical Center. It’s also when disparities started emerging between individuals with obesity and diabetes and those with obesity alone, Stranahan says of findings published in the late 1990s.

She notes that fat under the skin rather than around your major organs, is not a panacea, particularly if a trend of poor eating and activity habits result in continued weight gain.

“Eventually that reserve that you are putting in a place that does not hurt you as much will overflow and you will have to put it in another place,” she says. In fact, in addition to the viscera, fat droplets can even start collecting in the liver, bone and muscle potentially, prompting the immune system to become hyperactive to the fat tissue that has no business in these tissues.

Chronic inflammation is one of the most well characterized features of obesity, Stranahan notes. That is one reason males, who early on tend to store fat in their viscera, also tend to get diabetes earlier in life than females. 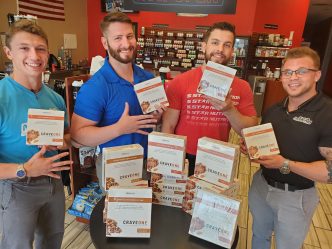