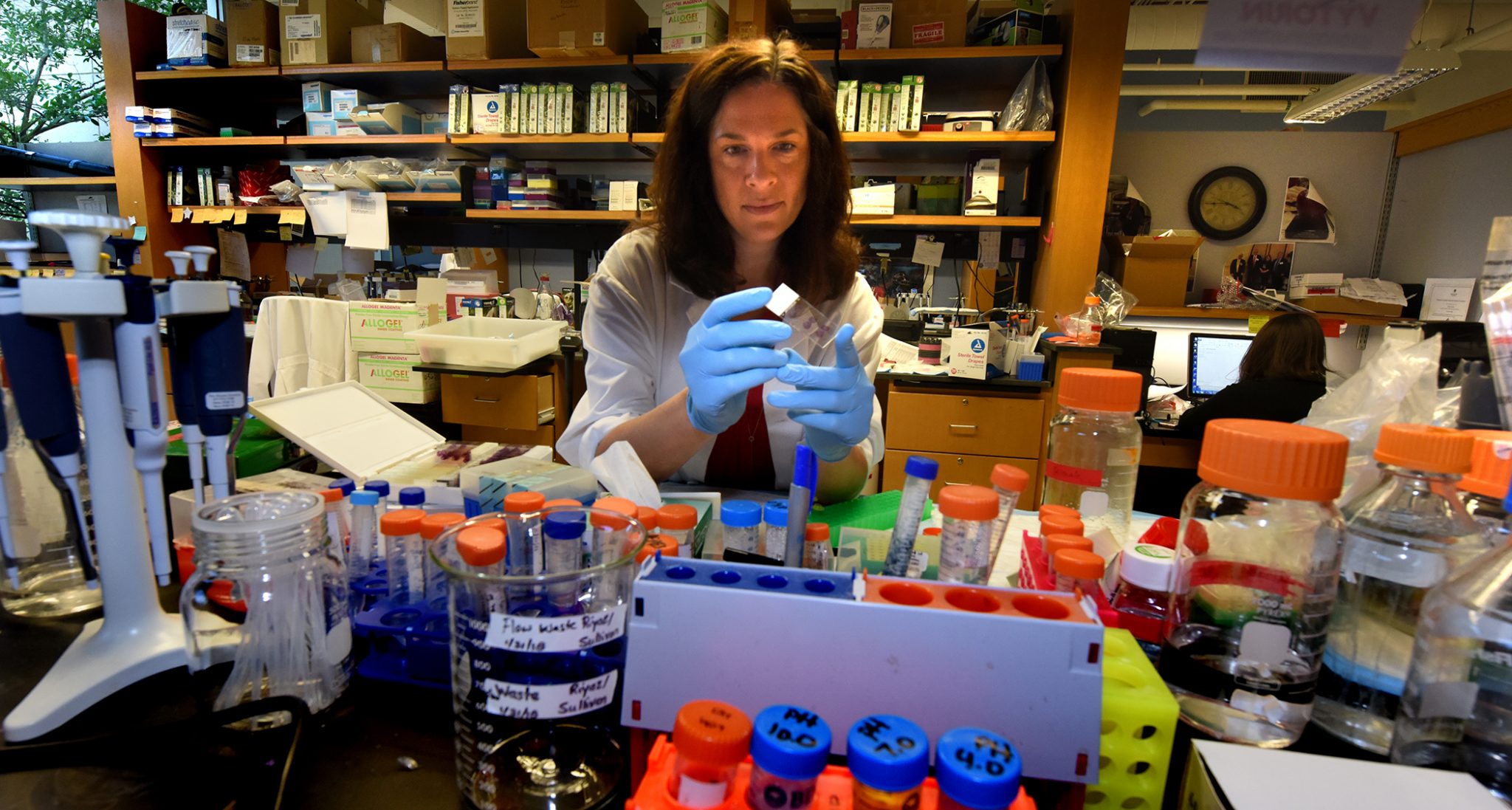 An antioxidant appears to help level the playing field between males and females of the cofactor BH₄ deep inside the kidneys – where the fine-tuning of our blood pressure happens – and restore similar production levels of protective nitric oxide.

Higher nitric oxide levels help reduce blood pressure both by enabling dilation of blood vessels and increasing the kidneys’ excretion of sodium, which decreases the volume in those blood vessels.

“BH₄ has to be there,” says Dr. Jennifer C. Sullivan, pharmacologist and physiologist in the Department of Physiology at the Medical College of Georgia at Augusta University, who is exploring gender differences in hypertension. “We found that oxidative stress makes a big difference in BH₄ levels.”

The study in the journal Bioscience Reports is the first to look at sex differences of BH₄ in a rodent model of hypertension.

Male humans generally have higher blood pressures and oxidative stress levels than females, at least until menopause. The findings provide more evidence that the cofactor might be a novel treatment target for both sexes, says Sullivan, the study’s corresponding author.

BH₄, or tetrahydrobiopterin, is required for the precursor nitric oxide synthase to make nitric oxide. Oxidative stress, which results from high levels of natural byproducts of oxygen use, is known to reduce BH₄ levels, is implicated in high blood pressure and, at least before menopause, females tend to be less sensitive to it, possibly because of the protective effects of estrogen.

In an attempt to figure out why females, even in the face of hypertension, have more nitric oxide, the scientists measured BH₄ levels in the inner most part of the kidney in male and female spontaneously hypertensive rats.

They had previously shown that young spontaneously hypertensive female rats have significantly more nitric oxide and nitric oxide synthase activity in the inner portion of their kidney than their male hypertensive counterparts, and that difference holds as the rats mature. The new work helps explain why.

“If we don’t understand why females have more nitric oxide, we can’t do things to potentiate our ability to make it,” Sullivan says.

The scientists theorized – and found – that the elevated levels of oxidative stress in the males meant less BH₄, and ultimately less nitric oxide compared to females.

Pouring more BH₄ on the situation on the other hand, didn’t work without reducing oxidative stress.

“If you have a ton of oxidative stress, you can give as much BH₄ as you want, and all you are going to get is more BH₂,” Sullivan says of BH₄’s destructive counterpart and the unhealthy, vicious cycle it helps create.

“You don’t make the product you want nitric oxide synthase to make, which is nitric oxide,” Sullivan says.

While it’s not clear that females are any better of making BH₄, it is clear that the cofactor is easily altered by oxidative stress to become its unhealthy counterpart BH₂, Sullivan says.

Giving both males and females the synthetic antioxidant treatment Tempol for two weeks is what leveled the gender field.

Bottom line: the antioxidant treatment essentially eliminated the sex differences in BH₄ and nitric oxide synthase activity in that key region of the kidneys.

BH₄ is widely available without a prescription, and its impact has been evaluated in a number of clinical trials including a current study at the University of Nebraska, Omaha, looking at its effect on blood flow and exercise capacity in patients with peripheral artery disease.