trene Hamilton's mission to 'educate and advocate' as a nurse

Augusta University is celebrating its spring, summer and fall graduates this week.

The university is proud to present the commencement ceremony as a live webcast. View all three ceremonies Friday, Dec. 11

Trene Hamilton, a graduate student in the College of Nursing, is completing her Master’s of Science in Nursing with a concentration in clinical nurse leadership.

Trene Hamilton, an Augusta native, received her bachelor’s degree in psychology from Augusta University in 2018. Although she originally intended to become a family practitioner, she felt pursuing nursing was a better fit for her career goals.

“I’ve always been interested in the human mind,” she said. “I’ve always found it interesting how we think, how we interact with each other, and how that shapes our perspective on things.”

Through her collegiate journeys at Augusta University, she decided to one day open a birthing center for women. She felt she could accomplish this through the College of Nursing.

“Part of a nurse’s role is to educate and advocate,” she said. “That’s what I plan to do.”

She is preparing to take the NCLEX, a nationwide exam for the licensing of nurses, in late January.

“I know I can handle is thrown at me.”

Hamilton engaged a lot on campus as an undergrad, including serving as an undergraduate research assistant for the Department of Psychology and a writing consultant in the university’s Writing Center. She also was awarded the title of Miss Black and Gold from AU’s Eta Alpha Chapter of Alpha Phi Alpha Fraternity, Inc., a title that she retained for years.

After she won the title, she advanced to the district competition in Marietta, Georgia. She placed fourth overall and was awarded Best Talent for her spoken word selection. She also planned two events on campus for students to support her anti-bullying campaign.

“My first event was called, ‘Uncovering Your Insecurities,’” she said. “We discussed the different insecurities that men and women face, and we showed videos of the unhealthy ways some people cope with their insecurities. At the end of the event, we had a panel to offer advice to students. It was a very successful event.”

Additionally, Hamilton served three years as a resident assistant for Housing and Residence Life. She said through that experience, she felt her choice of major and going into health care to support others was the right thing to do. She entered the university as a biology major, but soon switched to psychology.

“As an RA, I was able to connect with the residents and get to know them a lot better,” she said. “I was like a mini counselor at the age of 19. I was also able to implement some ideas to help students.”

She said that being an RA taught her skills she will use in her career.

“One of the reasons why I loved my undergraduate major is because I was an RA,” she said. “I discovered the connection between psychology and patient care. Being an RA helped me understand more about patient care.”

Hamilton mentions one of her favorite memories from being an RA was hosting game nights on Fridays with the other resident advisors.

“Even though I hosted game nights every Friday for the other RAs, I would fall asleep before we even started, every time,” she said with a laugh. “The other RAs would play the games without me. I would be so tired because I usually would take 17 credit hours a semester, but game nights were still fun.” 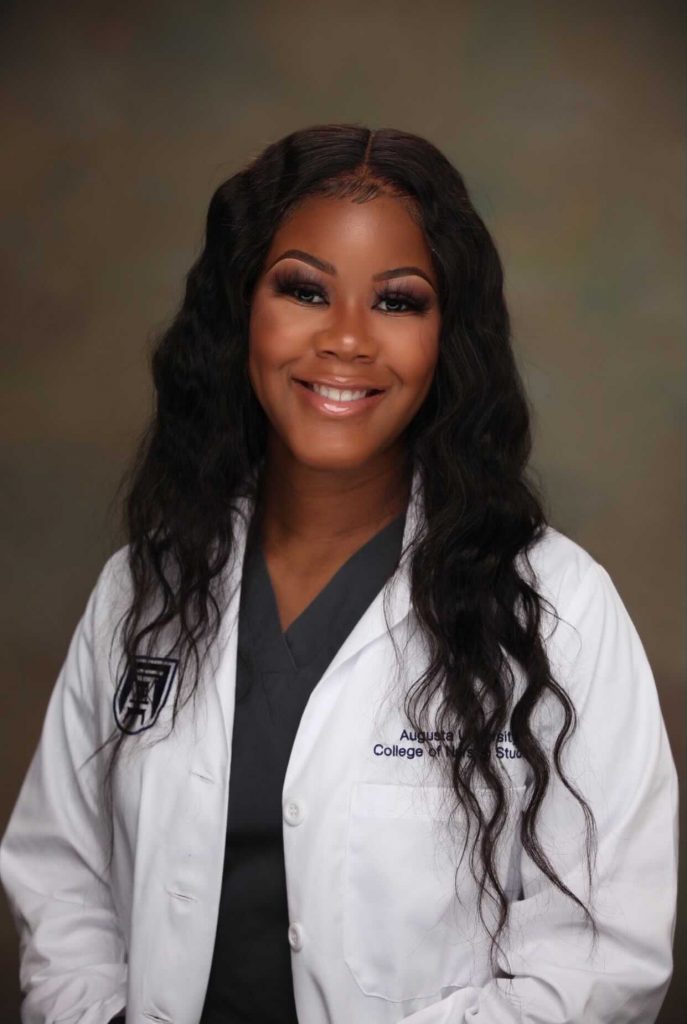 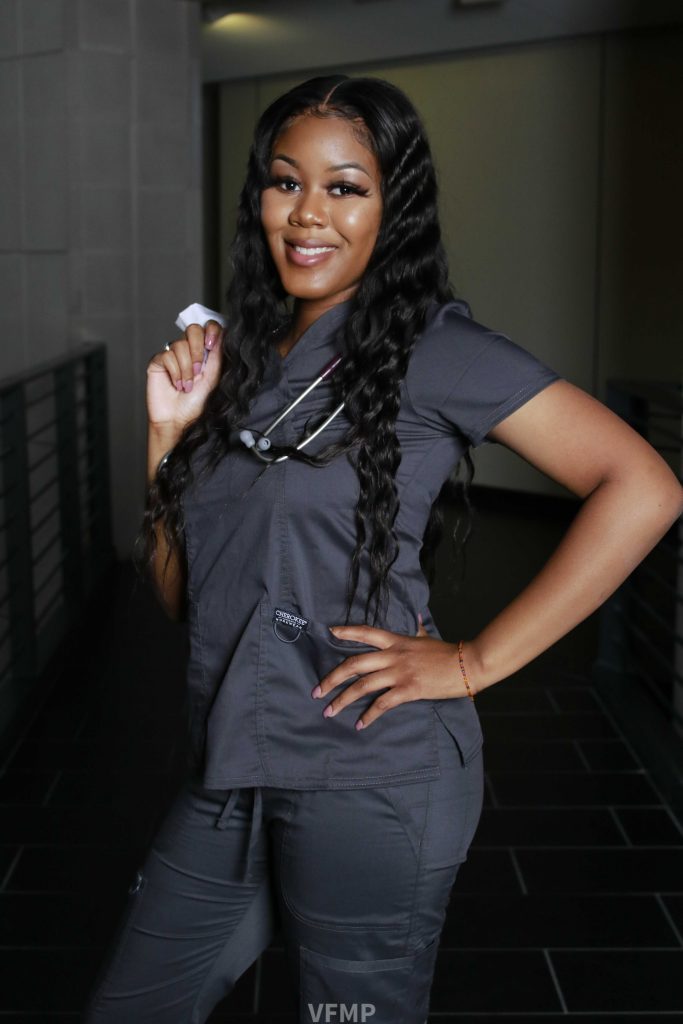 "There are so many to make connections, develop skills and learn the values of your skills while working toward your career."

"I'm looking forward to the challenge."

Hamilton said her graduate student experience was completely different than her undergrad experience. She said she had to step to the challenge.

“It is an accelerated program, so we had to be very self-disciplined to get our work done,” she said. “It was fast-paced and I felt lost at first because I didn’t know anyone. It felt like I was really starting over.”

From the long nights to early mornings and what felt like endless amount of hours studying in the library, the best method that helped her cope with the rigor of nursing school was to sometimes “cry it out.”

Hamilton said entering the health care field during a pandemic doesn’t make her nervous. She actually looks forward to starting her career even more.

“It’s going to be challenging because this is a pandemic, but it will be eye-opening and I’m looking forward to the challenge,” she said. “COVID-19 taught us how to be flexible. I started school without being in a pandemic and now that I’m finishing in the middle of one and I’m still graduating speaks to my flexibility.

“We had virtual clinic from March until the end of the summer,” she said. “Although we didn’t have experience working in the hospital, I have over 400 practicum hours and I do all of my skills correctly.”

She also looks forward to joining a residency program following graduation to sharpen her skills and build from her graduate school experiences.

“Once a month, I would like to go to work with other professionals to practice my skills so I can provide the best patient care that I can.”

Through all the hard work and sacrifices within her social life to accommodate her career goals, she credits her mom and her siblings for being so supportive during her final semesters.

“I’m going to be the first registered nurse in my family,” she said. “My mom and siblings motivated me a lot. When I lived at home, sometimes my mom would even make me breakfast in bed cause she knew I was studying. It feels great to have their support because everyone in my family didn’t have the same opportunities that I have. It feels great to make my family proud.”

There will be several sessions at the James Brown Arena to accommodate appropriate social distancing and observe other COVID-19 precautions. Each session will incorporate standard graduation traditions to include the ringing of the historic Arsenal Bell and individual recognition of each graduate.

After several months of extensive consultation with students, campus experts in public health and infectious disease, and campus leaders, Augusta University has determined that it will hold the Fall Commencement ceremonies as scheduled without guests.

Check out more stories of our graduating students. 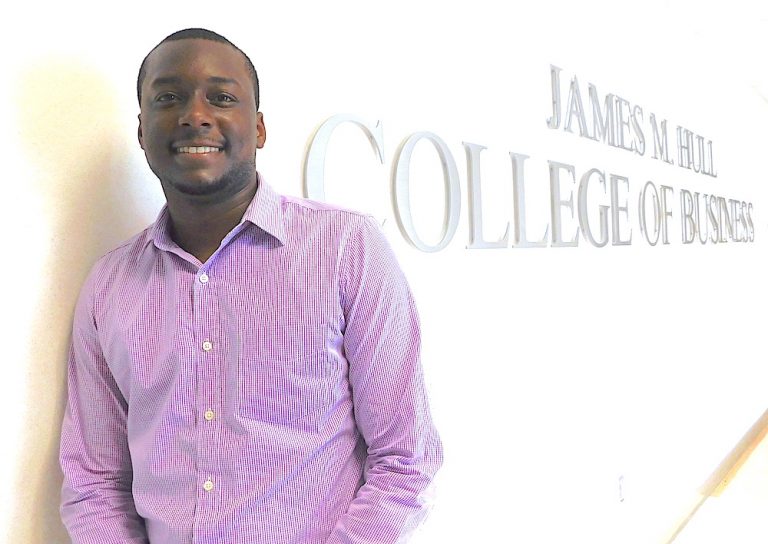 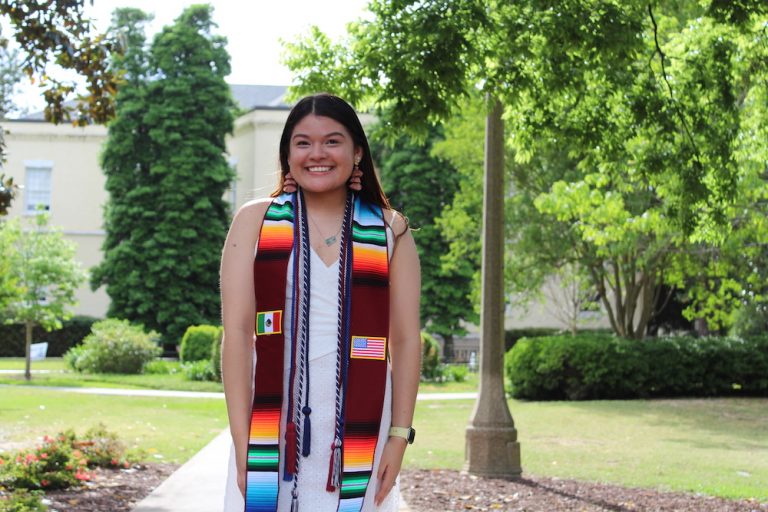 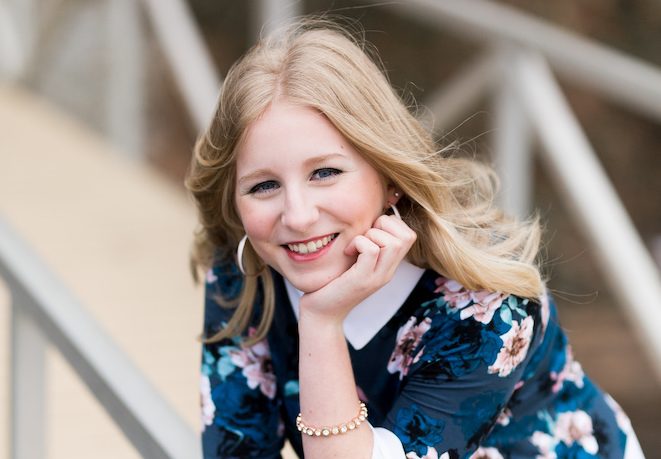 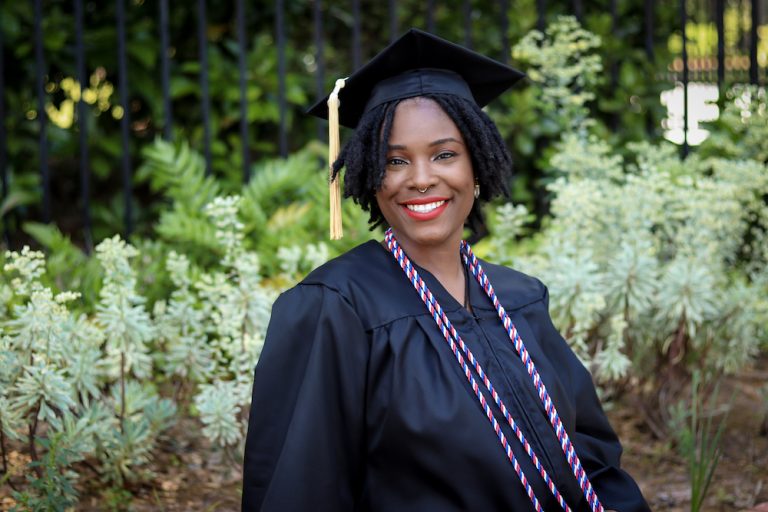 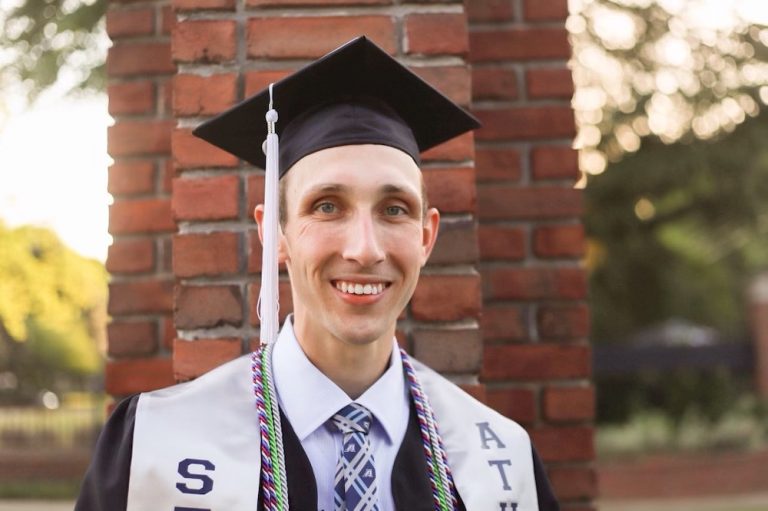 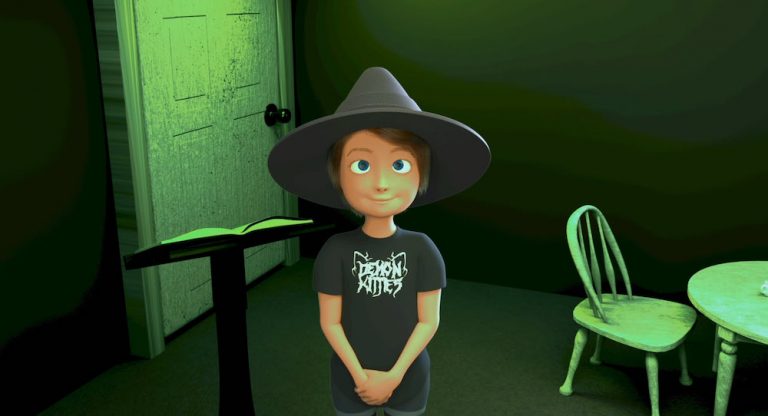