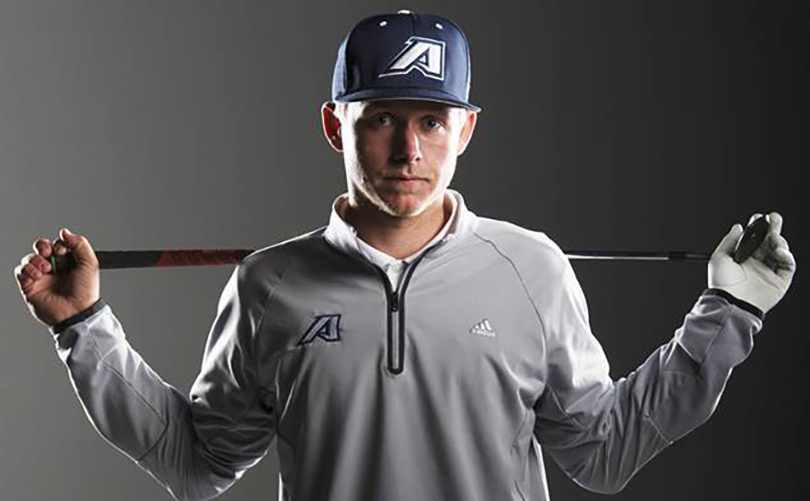 Augusta University men’s golfer Maverick Antcliff will continue his professional career on the PGA Tour Australasia after earning status for the 2018 season via a seventh-place finish in the last stage of qualifying school.

Antcliff turned pro following his senior season in 2015-16 and began competing on the Australian PGA Tour and the PGA Tour China.
In his first season on the PGA Tour Australasia he played in four tournaments and finished runner up at the first stage of qualifying school on Dec. 7, 2016. In 2017 on the Australasia Tour he played in seven events, winning the first stage of qualifying school and taking seventh in the final stage on Dec. 19, 2017 to earn his 20178 card.
Antcliff was a four-year starter for Augusta from 2012-16 who competed in 40 total events and 111 rounds. He ended his career with a 72.69 scoring average, while shooting in the 60s 23 times with a low round of 66. Antcliff helped guide Augusta to two MEAC Championships to advance to the NCAA Regional. He led the team with a 72.63 stroke average as a freshman and recorded three top-five finishes. Antcliff was named an All-American Scholar in 2016.
Other Jaguars competing soon are Vaughn Taylor at the Sony Open in Hawaii from Jan. 11-14 and Henrik Norlander at The Bahamas Great Exuma Classic at Sandals Emerald Bay Jan. 13-16.
Fans of Jaguar Athletics can subscribe to the email listserve by clicking here. Fans can follow Augusta University at www.augustajags.com and receive short updates on Facebook at Augusta University Athletics / on Twitter at @AugustaJags and on Instagram @augustajags
Like
Like Love Haha Wow Sad Angry
1
Tagged asAlumniAthleticsGolfhomepageMaverick AntcliffPGA Australia