Exercise yields some cardiovascular benefits in children with excess weight 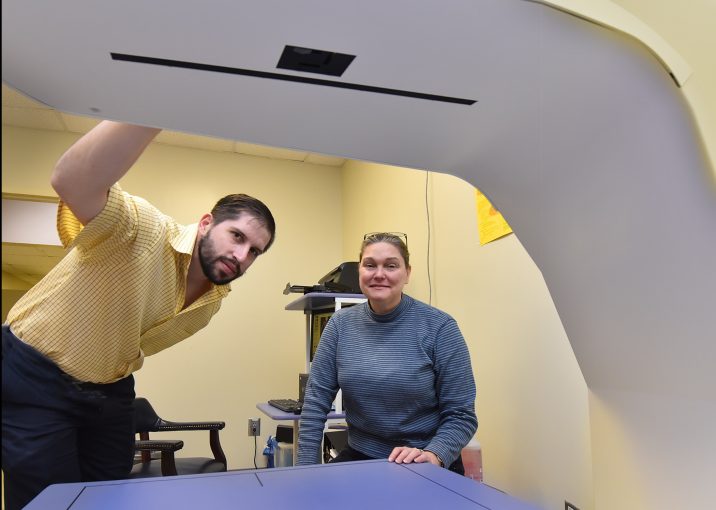 The exercise group experienced twice the improvement in measures like fitness and adiposity, or body fat, levels compared to the control group, they report in the International Journal of Obesity.

“They could do more, breathe better, their heart rates were lower when they were pushing themselves,” says Dr. Catherine “Katie” Davis, clinical health psychologist at the Georgia Prevention Institute in the Medical College of Georgia Department of Medicine and corresponding author.

The active children also experienced a surprising increase in the protective HDL cholesterol — a full five milligrams per deciliter — that likely resulted from sustained months of physical activity, the investigators say.

The children who exercised did not lose weight, reduce their BMI or waist size likely because with exercise, growing children are replacing some fat with muscle, which is a healthy response, Davis says.

She notes that focusing on weight loss is often not the right goal for children because they are growing and, in fact, may ultimately “grow into” their weight. Reducing sugar and processed foods in favor of fresh, home-cooked meals is good for children, but weight-loss diets are not necessarily helpful because children need plenty of nutrients to grow, Davis says. As an example, children in the study grew about 2 inches during the school year.

Rather gradual reductions in body fat, like that experienced by study participants who exercised, is more beneficial, the investigators say.

“They should be growing. With exercise, you can allow their body to develop in a more healthy way,” Davis says.

They theorize that a healthy diet and exercise together might more effectively address arterial stiffness, and that prevention is always the best strategy.

For the current study, the 175 boys and girls were mostly black, three quarters had obesity, and a majority had prediabetes — their glucose levels were already higher than normal, probably due to insulin resistance, a major risk factor for diabetes. Three percent were prehypertensive and 5% were already hypertensive.

All the children came to the Georgia Prevention Institute each afternoon, both groups did homework for about a half hour, had a healthy snack — but no specific nutrition education — and got redeemable points for good behavior like playing well with others, keeping their heart rate up in the exercise class, or putting away their supplies in the sedentary group.

Those in the exercise group participated in instructor-led aerobic activities like jumping rope and playing tag for 40 minutes daily and wore heart rate monitors so both they and the investigators could see how their pulse responded to the exercise.  The control group also participated in instructor-led activities, but sit-down ones like crafts, music and board games.

Investigators measured many cardiovascular health indicators before and after the course of the study, including blood pressure, insulin resistance, and blood levels of glucose, lipids and inflammation, as well as arterial stiffness. None of these were affected by exercise although the investigators expected changes in blood pressure and fitness to track with arterial stiffening.

Surprisingly, the new study found that increasing insulin resistance was the most closely associated with the unhealthy high blood velocity indicating stiff arteries, even more than blood pressure, which is thought to be the main cause of arterial stiffness. Therefore, reducing insulin resistance might be the best strategy to prevent arterial stiffness in children, Davis notes.

But contrary to what they expected, changes in fitness were not related to arterial stiffening, suggesting that poor fitness is not a direct cause of arterial stiffness, she says.

Davis notes that over time the blood vessel stiffness in children who exercised was generally holding steady, while in the children who did not exercise it was trending upward.  “It looked like it was heading in the right direction,” she says.

In a follow up assessment of the children some 8 to 10 months after the study, the investigators found benefits in fitness and body fat gained by the children in the exercise arm were lost. Just like individuals with high blood pressure need to continue to take their medication, eat healthy and exercise, continued exercise is needed to maintain the gains these children experienced, Davis says.

The bottom line is that children need ready access to fun aerobic activities that encourage them to stay physically active, says Davis, a longtime proponent of ensuring these type of activities are part of the educational curriculum.

To enable activity, children need options they consider fun and not necessarily competitive. “Children need to feel encouraged to do physical activity even when they are not winning,” says Davis. That means having a variety of programs to choose from that are not targeted to only the fast or coordinated children, she says.

Investigators used painless ultrasound to measure carotid-femoral pulse wave velocity, which looks at how long it takes blood to travel through major arteries such as the aorta in the chest and abdomen, to measure arterial stiffness at the start and end of the exercise treatment.

Faster speed is worse, indicating blood vessels are less compliant, Davis says of what can become a vicious cycle of stiffer vessels driving blood pressure up which further stiffens vessels and sets a perfect stage for heart disease.

Arterial stiffness is considered an independent predictor of cardiovascular problems and death in adults. Black children tend to have stiffer arteries than their peers, and pulse wave velocity has been shown to be faster and increase more quickly in young blacks than whites. Children in the study who had more body fat or a higher BMI already had stiffer arteries than their leaner peers.

In the United States, rates of obesity among children and adolescents have more than tripled since the 1970s, affecting about 1 in 5 children, according to the Centers for Disease Control and Prevention. Factors contributing to obesity include genetics, metabolism, eating and physical activity, sleep duration and adverse childhood experiences, like family dysfunction or violence.

Obesity is a major risk factor for cardiovascular disease and both obesity and cardiovascular problems tend to have their origins in childhood, Davis says.

The research was supported by the National Heart, Lung and Blood Institute.