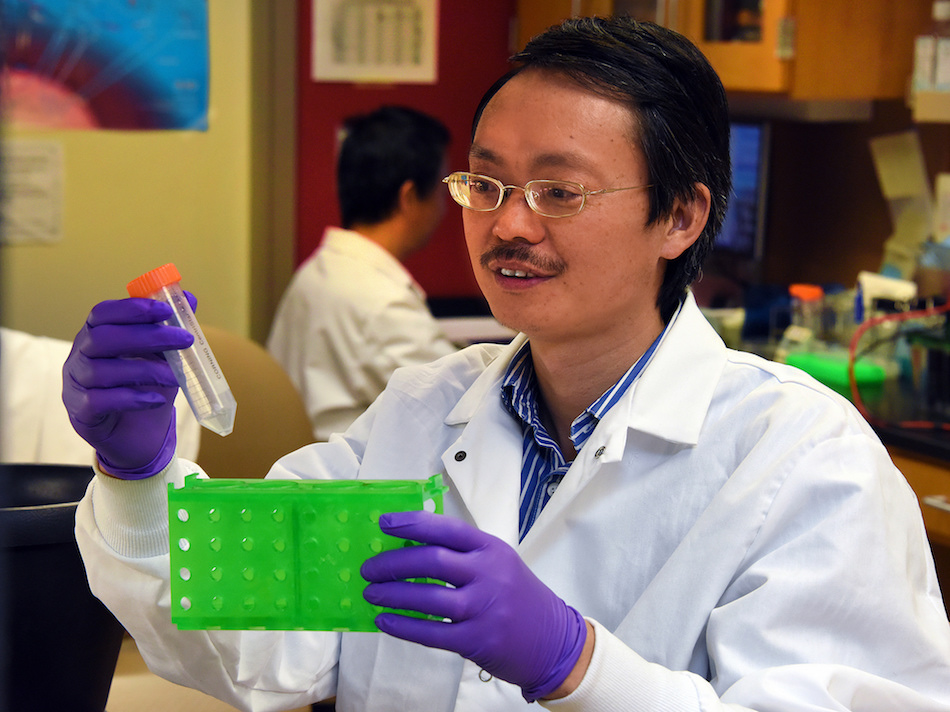 Dong, whose research focuses on the molecular mechanism of cell injury and death, protection and subsequent regeneration, particularly in the kidneys, joined the faculty at MCG in 2002. He also serves as a senior research career scientist and director of research development for the Charlie Norwood Veterans Affairs Medical Center in Augusta.

The Charbonnier fund, which supports four endowed chairs at the state’s medical school, was established by Bowdre and Meta Charbonnier Phinizy in 1931, marking MCG’s first endowment. Bowdre Phinizy, an Augusta native and graduate of Princeton University’s law school, was owner and editor of The Augusta Herald, owner of The Athens Banner-Herald and a member of the Georgia House of Representatives. The chair honors Meta Phinizy’s father, a native of France who established the University of Georgia’s Department of Civil Engineering, chaired its Department of Physics and Astronomy, and ultimately served as both vice chancellor and chancellor of the university.

Dong is the principal investigator on a recently renewed $1.5 million grant from the National Institute of Diabetes and Digestive and Kidney Diseases that aims to prevent the kidney damage often associated with the popular chemotherapy drug, cisplatin. He is also the lead investigator on another $1.6 million grant from the NIDDK looking into how microRNA regulates renal cell injury and death during acute kidney injury. He has been continuously funded since 1998, including by the NIH, a MERIT grant and a Senior Research Career Scientist Award, both from the U.S. Department of Veterans Affairs.

Dong served for four years, until this past June, as a chartered member of the NIH’s Pathobiology of Kidney Disease Study Section and has been an ad hoc reviewer for numerous study sections and special panels for the NIH.

Dong earned a doctoral degree in physiology from Shanghai Institute of Physiology at the Chinese Academy of Sciences and completed postdoctoral training in experimental renal pathology at the University of Texas Health Science Center in San Antonio.