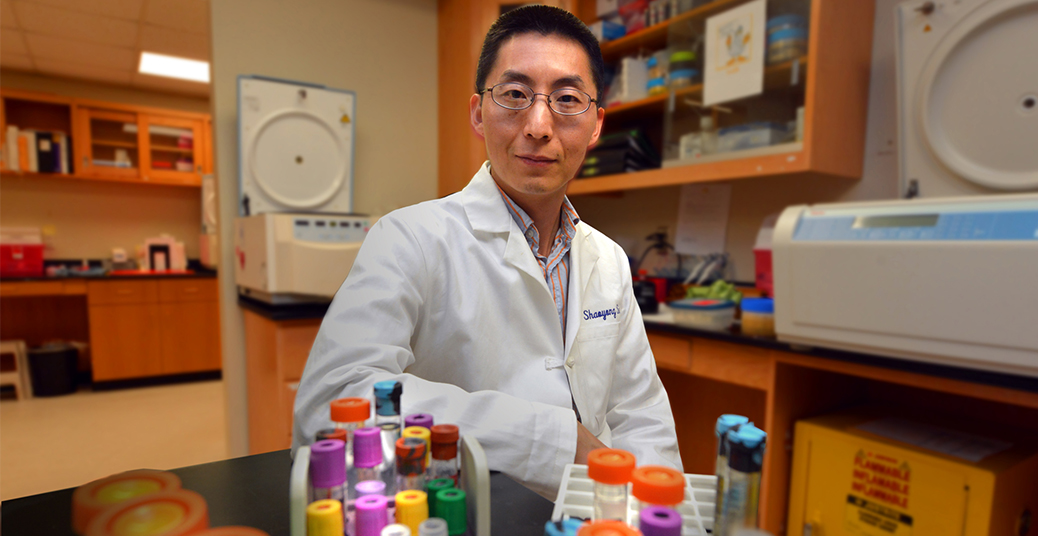 Children who experience multiple traumatic events, from emotional and sexual abuse to neglect, have higher blood pressures as young adults than their peers, researchers report.

The difference of 10 points in the systolic pressure – the top number denoting pressure while the heart is contracting – by early adulthood puts these young people at higher risk for hypertension and coronary artery disease by middle and/or old age, said Dr. Shaoyong Su, genetic epidemiologist at the Medical College of Georgia at Georgia Regents University.

As an example, comparing two white males in the study with the same body mass index, the one who reported no adverse childhood events, or ACEs, had a systolic pressure of 117. His peer with four or more ACEs had a top measure of 127.

“That is a big difference,” said Su, corresponding author of the study in the American Heart Association journal Circulation. “You can predict that five years later, these young people may be hypertensive.” He noted that an exponential increase in pressure correlated with an increasing number of bad events.

“We hope these studies will reinforce the need to screen children and young adults for adverse childhood events so this increased risk can be identified early to enhance resiliency and recovery and lessen the burden of cardiovascular disease later in life,” said Su. “First we have to know and accept that these difficult problems occur to some extent in the majority of our children.”

The study looked at data collected from young people, now a mean age of 30, who are part of a long-term study at MCG’s Georgia Prevention Institute looking at cardiovascular risk factor development. ACEs were assessed in an equal number of males and females and blacks and whites, 213 and 181, respectively. Blood pressure was measured an average of 13 times over a 23-year period. Information about ACEs was gathered after study participants reached 18.

About 70 percent of the children from the Richmond County public school system reported at least one ACE; 18 percent reported more than three. About 30 percent of that 18 percent came from well-educated families with good incomes. In fact, in conflict with associations between ACEs and a lower socioeconomic status, the researchers found that 50 percent of their participants with a history of

childhood abuse and 40 percent who reported neglect came from medium or high income families. While the blood pressure of black males tended to run higher generally and blacks had slightly more exposure to ACEs, there was not a significant difference in the impact of ACEs on blood pressure between blacks and whites, the researchers found.

While many studies have looked at the impact of ACEs on health, prospective studies on the association with high blood pressure development are scarce, the researchers write, and the moderating effects of ethnicity and gender had not been examined.

The new study reemphasized that adverse events were common, and in keeping with previous studies, a greater number of ACEs resulted in an increase in both the top and bottom measure of blood pressure in young adults, suggesting a cumulative effect.

The Adverse Childhood Experience Study by the Centers for Disease Control and Prevention in collaboration with Kaiser Permanente’s Health Appraisal Clinic in San Diego looked at more than 17,000 adults who also provided information about ACEs. While there have been more than 50 papers published on the findings, overall findings suggest that the experiences are risk factors for many of the leading causes of illness and death as well as poor life quality. About 12.5 percent of participants had experienced four or more ACEs.

A national study of nurses published in 2010 in the Journal of Epidemiology and Community Health found an association between childhood maltreatment and self-reported hypertension in middle-aged women. Those researchers noted that adverse childhood events may also trigger unhealthy habits such as smoking and inactivity that also can increase blood pressure. Gender and ethnicity, along with socioeconomic status, including parents’ educational level also could have an impact on overall health and well-being.

Su notes that percentages of children experiencing ACEs are similar whether looking across Georgia, the nation, or the world. His study participants were not asked how often or how long their bad experiences occurred, just whether they had one or more from the different categories. 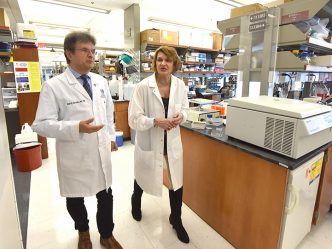