Wish you were here: Business in Cuba 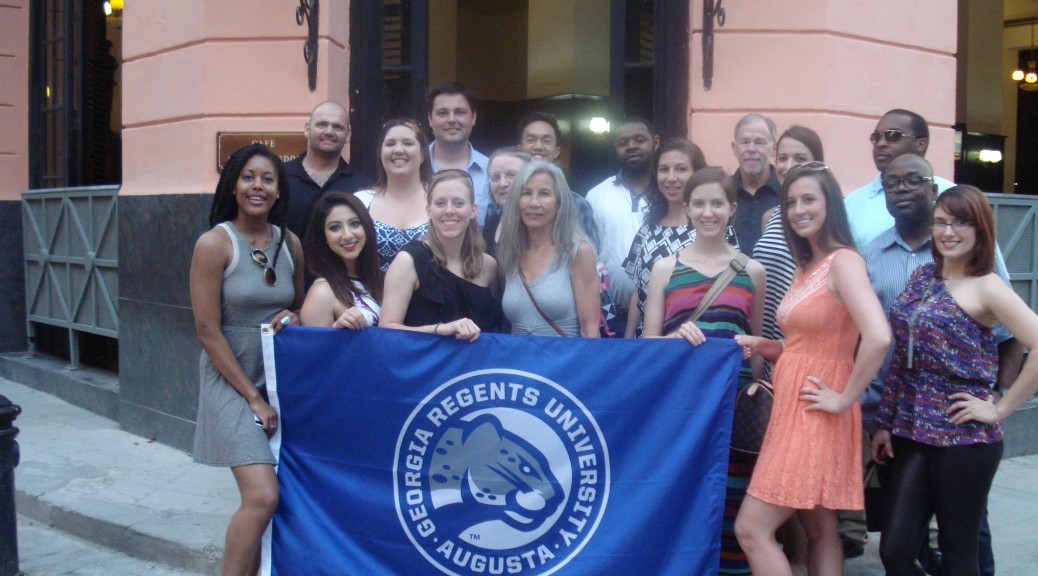 For most Americans, Cuba probably seems an unlikely vacation spot.

The largest of the Caribbean islands, the scenic little nation sits less than a hundred miles from the coast of Florida, little more than a 45-minute flight from Miami. Unfortunately, for the last 60 years, an ironclad embargo and rocky relations between the U.S. and Cuba’s former Soviet handlers have kept most beachgoers at bay.

As a result, today few Americans have ever set foot into Cuba. Of those who have, even fewer have done so legally. But Don Howard, professor of management in the Hull College of Business, has been multiple times. And in the company of Georgia Regents University students, no less.

His trips, facilitated by the GRU Study Abroad office, are the first of many possible American visits to Cuba in the coming years.

Having recently restored formal diplomatic relations with the United States, the country is moving into unprecedented territory in terms of tourism interests, a shift in economic upswing that, Howard says, Cuba was far from prepared for.

“The average state wage in Cuba is very low by our standards,” said Howard. “Whether you’re a taxi driver or a heart surgeon, you’ll make about the same per month, somewhere in the range of around twenty dollars. Tourism is changing all of that.”

A typical street salesman hawking wares to tourists might make that much in an hour, Howard said. The reason? Price differentials and tourist ignorance.

“A tourist might unthinkingly pay five dollars for a book or a banner on the street,” said Howard. “What’s five dollars to a tourist, you know? But in Cuba, those items may have been worth pennies. It adds up.”

Hearing that a street salesman makes as much as a heart surgeon may sound disconcerting at first, but the truth of Cuba’s health care system makes the realization all the more shocking. Cuba has some of the best health care in the world.

In its World Health Report, published in 2000, the World Health Organization ranked Cuba 39th among national health care systems. By comparison, the United States was ranked 37th. Cuban doctors are renowned throughout the world thanks to the Cuban Medical Internationalism program, a system designed to send Cuban doctors and medical relief to more than 100 countries around the world. The program seems to work, too. In 2007, according to an article published in Latin American Perspectives, Cuba provided more medical personnel to the developing world than all of the G7 nations combined.

Not to mention, at home, that same health care is free.

But the Cuban system definitely has its downsides.

The Cuban people make such low wages in part because the Cuban government rations certain food items. The Libreta de Abastecimiento, translated to “supplies booklet,” refers to the Cuban system of using vouchers and coupons to obtain certain types of foods. Some of the items rationed include dietary staples, but others are minor necessities that capitalist countries often take for granted.

“What surprised me,” Howard said, “was that Cubans eat more beans and rice per capita than any other country.”

Part of the reason for that, however, is that beans and rice tend to have long shelf lives, thus making them ideal for long-term storage. Other rationed items include things like sugar, matches and oil.

“Or you could get your one cigarette for the day, if you wanted,” said Howard.

While the practice of food rationing is a tried-and-true communist tactic, Cuba’s economic model is truly unique, especially when compared to the previous communist model under Fidel Castro. That was the primary focus of the study abroad trip, Howard said.

“There are government-owned stores, privately owned stores and co-ops in Cuba,” said Howard. “Co-ops, of course, being jointly owned by both the government and private entrepreneurs. We wanted to talk to students about the differences between the free market and communist systems, and there was no better place to do that.”

According to Howard, the atmosphere, availability of goods and public perception vary wildly between state-run stores and privately owned businesses. As a result, there tends to be a great deal of disparity in Cuban shops.

“Private shops and restaurants are usually run out of people’s homes,” said Howard. “They tend to be very affluent compared to state-run facilities, especially the privately owned markets. They’re usually very proud to have guests in their homes. The students can see the difference.”

Outside of its politics and economic system, Howard said, Cuba is a gorgeous country with an odd, but familiar, identity. Misconceptions abound around the little island, though.

One common misconception is that religion has been stamped out entirely in Cuba. Not true, said Howard, though the nation’s religious ambivalence is much greater than our own.

“The top two religions in Cuba are actually African religions,” he said. “Most people think they’d either be Roman Catholic or atheist, but no. Catholicism is a distant third, but there are several practitioners in Havana.”

Havana, Cuba’s once-gleaming capitol, was a favorite among his students. They enjoyed the sights and the culture, especially the music, which has long been one of Cuba’s greatest selling points. Howard himself said the city was breathtaking, though admittedly, it too has its flaws.

“Most of the best hotels in Cuba wouldn’t get a three-star rating in the United States,” he said. “The hotel we stayed in, the Ambos Mundos, was clean, though, and you could see most of the city from the roof.”

If the Ambos Mundos hotel sounds familiar, you might be a fan of fine literature. In the 1930s, the famous writer Ernest Hemingway spent seven years living in the Ambos Mundos hotel. There, amid the roaring culture and moral wilderness of Cuba’s golden age, he began one of his most famous works, “For Whom the Bell Tolls.” Today, the hotel still keeps his room on the fifth floor set aside as a museum and memorial, a living testament to a man many Cubans consider a tragic hero.

“You won’t find a toilet seat anywhere in Cuba, most likely,” he said. “Those were the first things to go, and the people decided they didn’t need them. Their cars, the beautiful 50s Chevy replicas? They’re all Toyotas on the inside. It’s a very quaint style.”

In addition to their tour of Havana, students were taken out into the country to see an often unseen aspect of Cuban life: farm culture.

“I think that was a great experience for students,” said Howard. “Seeing how people live in the country in Cuba and how different it is from the city. I’m glad we got to see a tobacco farm.”

Mid-week, students left Havana to travel to Viñales, a mountain farm community in the Pinar del Río province of Cuba. On their trip, the students ate the way Cubans did.

“We stopped once to get ice cream,” said Howard. “There was a horse cart pulling ice cream, so we stopped with the locals and got some on the way.”

In the country, students got to meet and interact with guides, young men and women who worked in the fields. Howard said students took quickly to the Cuban youths, but that he cautioned them about what they said and asked.

“These guides, these young people, they’re state employees,” he said. “They were friendly, but you have to remember they have their own agendas, too.”

In addition, students met with faculty and staff of the University of Havana. All four of the individuals were Communists, Howard said, but readily admitted that their system had its flaws. All said, though, they remained committed to their country and the future of Cuba under Raul Castro.

Howard said there was some apprehension about traveling to Cuba at first, but that it wouldn’t stop him from returning. He plans to go again in the spring of 2016 with a new group of students. He encourages others to give Cuba a try as well.

“I think students were a little apprehensive at first, and rightly so,” he said. “Cuba is a beautiful nation, and something everyone should experience, but it is also a very different atmosphere. It’ll change you. For the better, but it’ll change you to see how differently people live. That much I guarantee.”

Contact the Study Abroad Office at 706-729-2306 or email Maria Darley at mdarley@gru.edu for more information. 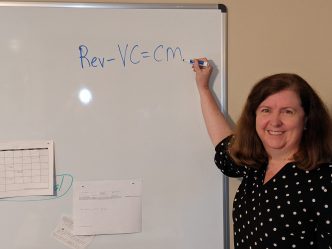 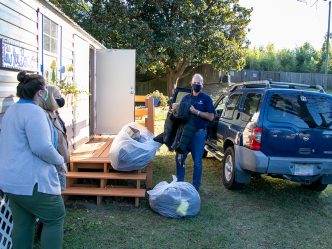 Written by Nick Garrett
A study in terror: Civil liberties under fire
FacebookTwitterPinterestWhatsApp
A Grizzly Future: The link between bears, bones and astronauts