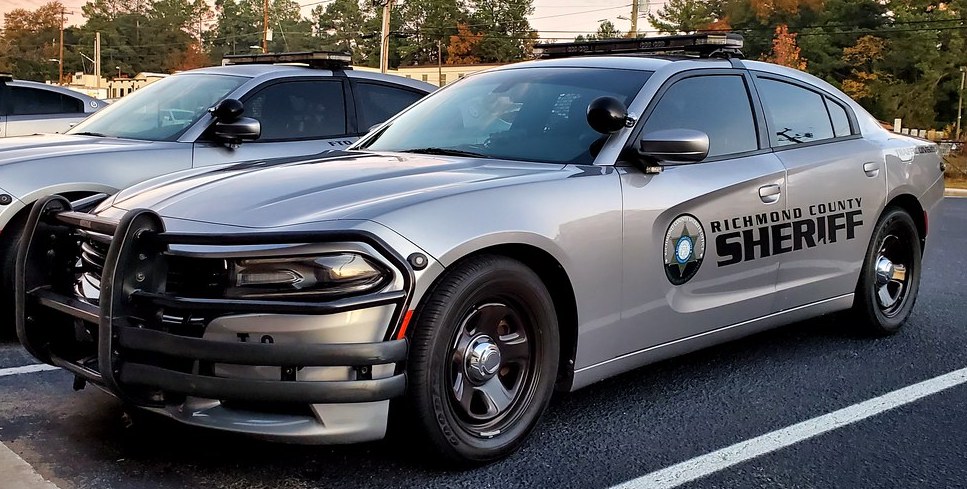 What is the perception of police in Augusta? Professors compare global, local views

Two professors in the Department of Social Sciences at Augusta University looked at the global perceptions of police versus citizen satisfaction on a local level.

Officer-involved killings of individuals such as George Floyd in Minneapolis and Breonna Taylor in Louisville, Kentucky, sparked protests across the country this year that have included calls to defund or even abolish the police.

While law enforcement agencies throughout the United States are under increased public scrutiny in 2020, Drs. Candace Griffith and Allison Foley of Augusta University’s Department of Social Sciences spent the past several years taking a closer look at citizen satisfaction with local police.

Their recently published paper, titled “The Relationship between Global Perceptions of Police in the United States and Citizen Satisfaction with Local Police,” was featured in Sociation, the official peer-reviewed and open-access journal of the North Carolina Sociological Association. Griffith and Foley used data collected locally to explore the relationship between police and individuals who had personal encounters with a local law enforcement agency.

“Our local law enforcement reached out to us a few years ago and said they wanted to do a slightly different variation of the standard citizen satisfaction survey,” said Foley, an associate professor in Pamplin College of Arts, Humanities, and Social Sciences at Augusta University. “Most law enforcement agencies, at some point in time, want to assess citizen perceptions of their department. And sometimes they will add a link to a survey on a website or set up a table at the mall or public place to engage citizens.

“But the Richmond County Sheriff’s Office was interested in getting deeper into the attitudes of people who had recently had interactions with their officers.”

Instead of briefly speaking to citizens, the Richmond County Sheriff’s Office was looking to establish a mechanism to use on a regular basis to assess what people who have had encounters with local officers or interacted with the department have to say about their experiences, Foley said.

As part of the Center for Social Science Research at Augusta University, Foley recruited three students to participate in the Summer Scholars Program to help conduct the research needed to gauge local opinion about the sheriff’s office.

“We did our research to build and put together a survey and we consulted with local law enforcement to get their feedback. It was an interactive and collaborative process,” Foley said, adding that the surveys were taken in cycles beginning in 2015 and ending in 2017. “At first, we pilot-tested the survey and then we implemented the survey in two different waves over the following two years. We changed the survey a little bit every time to try to engage more people and just get more people to respond.”

One of the biggest challenges was convincing individuals who had encounters with the sheriff’s office to participate in the survey, Griffith said.

“We had a response rate around 3%,” said Griffith, an assistant professor at Augusta University. “So, only 3% of victims, witnesses and complainants in known incidents with local law enforcement responded to the survey.

“What does that mean? That was a big challenge. Part of the problem was the data that we received to contact individuals. People moved and not everybody’s phone number worked. We had problems contacting people, largely because we simply couldn’t find them.”

However, Griffith believes the data collected through the surveys between 2015 and 2017 was helpful in determining local attitudes regarding the sheriff’s office. The conclusion of their research found that people who view police as acting objectively and without racial or gendered bias, as well as those who report more positive encounters with police, have higher levels of satisfaction with police. These findings remain even when accounting for potential differences in the sex, race, age, and education level of the respondents, Griffith said.

“Even though our sample isn’t necessarily 100% representative of Augusta-Richmond County, I think overall, we do have a good, baseline understanding of how residents of Richmond County view their local police in relation to the encounter that they had, their global perceptions of police and whether or not there’s a perceived bias,” Griffith said. “Also, while a 3% response rate is low, it should be noted that many large-scale studies have encountered the same issue.”

For instance, the National Police Research Platform at the University of Illinois at Chicago’s Center for Research in Law and Justice achieved less than a 7% response rate in implementing the Police-Community Interaction Survey in more than 50 jurisdictions in the United States using similar methods to implement the survey by phone, Griffith said.

“It wasn’t just us. This is a common problem. And it’s not just in policing research, either. In the world today, it’s hard to get people to do surveys,” Foley said. “But the people who did respond were overwhelmingly pretty satisfied with their local law enforcement. There were definitely some negative opinions, but overwhelmingly they were pretty positive.”

The difference between their research and previous studies on this topic was Foley and Griffith reviewed people’s satisfaction with the specific encounters that they personally had with law enforcement. It was not simply an opinion-based poll about people’s attitudes regarding the police, Foley said.

“Other surveys don’t ask the questions about what was their experience with police? They are just calling people on the phone to get a very general, broad understanding,” Foley said. “Our local law enforcement wanted to capture people’s attitudes about what’s going on with police nationally and how that is influencing their attitudes about police in Augusta.”

Griffith explained their study focused on “victims, witnesses and complainants.”

“If you witnessed an altercation between an officer and a suspect and you perceived it as being positive or negative, that’s going to affect your opinions locally, but not necessarily about your global perceptions, because those are shaped more by what the media is reporting,” Griffith said. “Incidences, particularly race-related incidences, are going to impact things more globally. And the one thing to understand about police research is that it’s just very localized to begin with.”

The Richmond County Sheriff’s Office should be commended for actively trying to cooperatively and collaboratively address local problems by engaging the public, Foley said.

Griffith also teamed up with Drs. Melissa and Todd Powell-Williams in the Department of Social Sciences to explore the impact of body-worn cameras on the Richmond County Sheriff’s Office. Their research was detailed in an article published last year in The Pursuit Journal titled, “Is the Juice Worth the Squeeze on This One? Examining officer and command staff support and unexpected consequences of body-worn cameras.”

In addition, Dr. Melissa Bemiller, an assistant professor in the Department of Social Sciences, is working with local law enforcement, medical personnel, academic researchers and other community partners to understand and reduce the escalating rates of child abuse and lethality in the CSRA.

“In our case, this survey was their idea,” Foley said of the Richmond County Sheriff’s Office. “As a scholar and a resident of Augusta, it is encouraging to see local law enforcement trying to address problems proactively and collaboratively.”