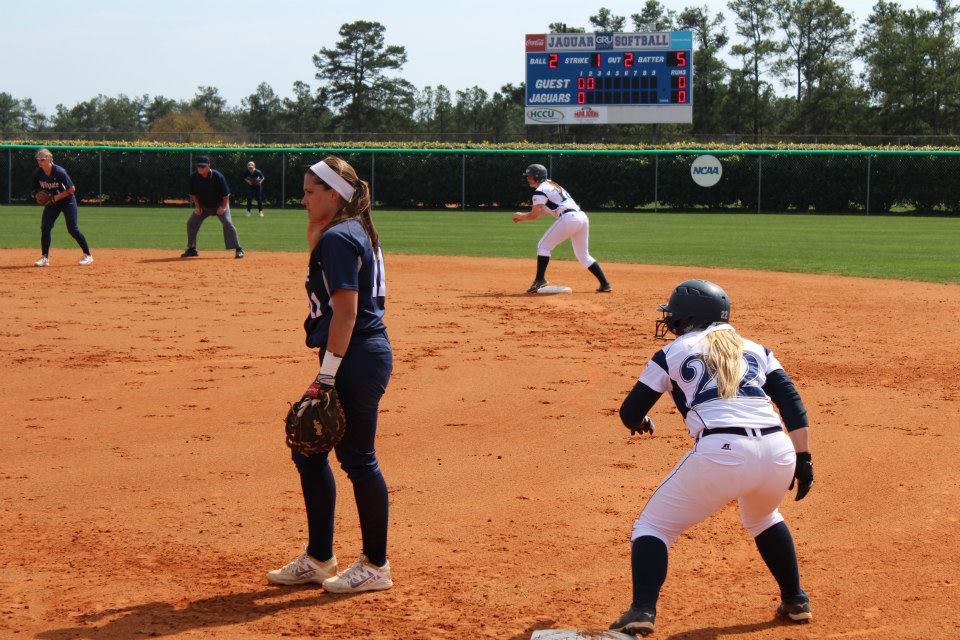 The Jaguars took a break from league play and split a non-conference doubleheader against the Lenoir-Rhyne Bears on Sunday afternoon in Hickory, N.C.

GRU (19-5) entered the day on a four-game win streak and dropped the first game of the doubleheader by one run in a 3-2 loss. GRU’s Caitlyn Glenn knocked a two-run homer in the top of the second, but three runs from the Bears gave them the edge to outlast the Jags.

Junior Paige Deschaine made the game-one start and recorded 4.0 innings of work before Haley Birkle relieved her for 3.1 innings. Deschaine allowed three hits for one run and struck out five, while Birkle (9-4) got the loss – allowing two hits for two runs.

Senior Brooke Stephens went 2-3 in game one, while Glenn, Mallory Ferguson, and Molly Walton each added one hit. Stephens paced the Jags all week long – going 6-12 and batting .500 with three long balls in the doubleheaders against USC Aiken and Lenoir-Rhyne.

In game two, lefty Haley Birkle made the start and tossed a complete game on the mound to carry her squad to the win. Birkle allowed four hits for three runs and sat down four on strikeouts.

In the seventh inning down 3-0, the Jaguars found life from Hannah Wilson and Stephens. After Brianna Dickens singled up the middle, Wilson lined a homer to left field to make it 3-2. Walton drew a walk and Hannah Vaugh knocked an infield single to get two more on the base path. Stephens sat back in the next at bat and drove her third homer of the week to center field to score three and will GRU to a 5-3 comeback victory.

The Bears had two on in the bottom of the seventh of game two, but Birkle got a strikeout and groundball to escape the game ahead.