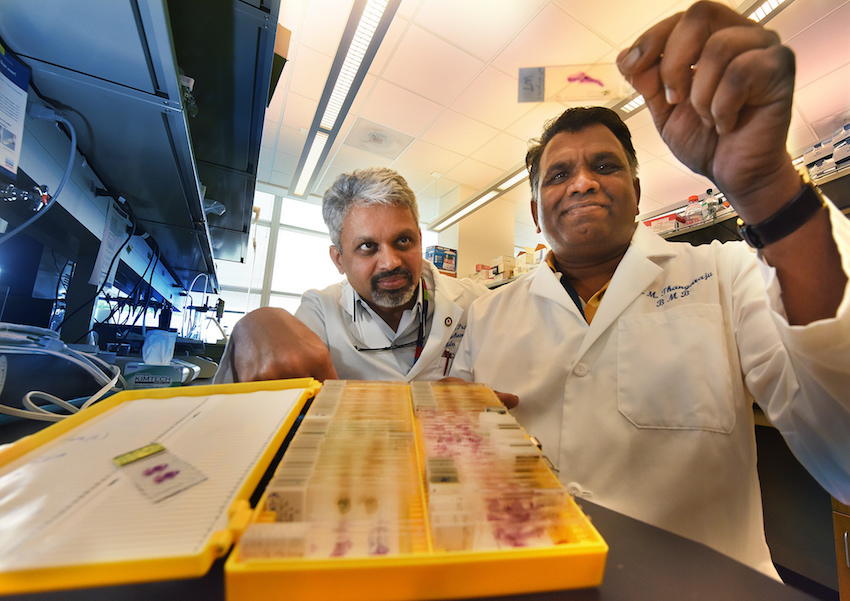 AUGUSTA, Ga. – Two existing chemotherapy drugs appear to be a powerful pair in targeting errant stem cells that are making breast cancer and enabling its spread and recurrence, scientists report.

A combination of the drugs, 5-azacytidine and the HDAC inhibitor butyrate, reduces the number of cancer stem cells and improves survival in an animal model of breast cancer, they report in the journal Cancer Research. Alone, neither was effective.

“Most current chemotherapy does not kill the stem cells, which are the cells of origin, only the tumor mass,” said Dr. Muthusamy Thangaraju, biochemist in the Department of Biochemistry and Molecular Biology at the Medical College of Georgia and Georgia Cancer Center at Augusta University.

“This combination might need to be considered for all breast cancer patients because their common denominator is cancer stem cells,” said Thangaraju, the study’s corresponding author.

The two drugs are currently used together to boost the effectiveness of another agent, tamoxifen, which is commonly used to treat estrogen-receptor positive breast cancer. About 70 percent of breast cancers are positive for receptors for this sex hormone. Tamixofen reduces estrogen levels by blocking its receptor, and clinical experience indicates the additional drugs reduce recurrence in these women.

Thangaraju’s lab has evidence that the two additional drugs directly affect at least two key ways that enable stem cells to make breast cancer, including the myoepithelial cells that enable it to spread to the bone, lung and beyond. They appear to help normalize the altered gene expression that occurs and block growth-promoting signals.

The drug 5-azacytidine is an inhibitor of the gene DNMT1. Thangaraju’s research team had previously reported in the journal Nature Communications that gene is essential for maintaining both normal breast stem cells and healthy breast tissue as well as cancer stem cells. DNMT1 is much more highly expressed in breast cancer than in a healthy adult breast. High levels of DNMT1 reduce expression of the ISL1 gene, a natural tumor suppressor and control mechanism for stem cells. In fact, when the MCG scientists blocked the DNMT1 gene in a breast cancer model, it eliminated about 80 percent of breast tumors, particularly the most aggressive ones.

Also over-expressed in breast cancer are the signaling molecules RAD51AP1 and SPC25, which normally help repair the type of DNA damage that can cause cancer. But in the face of cancer and some cancer treatment, both molecules instead enable growth and spread of cancer cells. Butyrate, which is present at high levels in breast milk, blocks excessive levels of these molecules that cancer is now using to support its growth.

Their work was done in mouse models of breast cancer, and findings held up in a human breast cancer cell line.
The studies also provided more evidence – at least in their animal models – of why the stem cells are an important target. Normally, stem cells make progenitor cells, which make specific cells that comprise the breast. But the change in dynamics that can result in cancer, such as the change in gene expression, which can happen naturally, or in response to age, environmental factors like cigarette smoke and other carcinogens or disease, means that cancer stem cells can make both tumor as well as the myoepithelial cells that, in this scenario, instead enable metastasis. Progenitor cells did not directly make this errant form of the muscle-like cell.

Recurrence occurs in about 20-45 percent of patients and can happen even decades after the initial diagnosis, Thangaraju said. Patients in whom recurrence risk is the most concerning are those whose breast cancer was diagnosed in the advanced stage and those with HER2 positive breast cancer, which means they have a growth factor receptor that further aids cancer growth.

The work was funded by the National Cancer Institute and the Department of Defense.

The study’s first author, former graduate student Dr. Rajneesh Pathania, now a research fellow at the NIH’s National Institute of Environmental Health Sciences, continues to collaborate with the MCG team on the studies.

Myoepithelial cells normally reside in the milk ducts where they help squeeze milk out of the breast. The milk ducts are the most common site for breast cancer. Healthy stem cells designed to help repopulate breast tissue are mostly small in number and inactive in adult women – other than during pregnancy.

Butyrate is a food source for some cells. 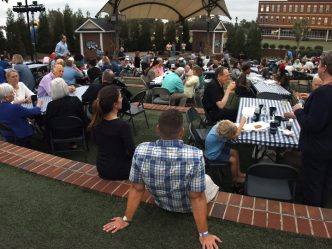