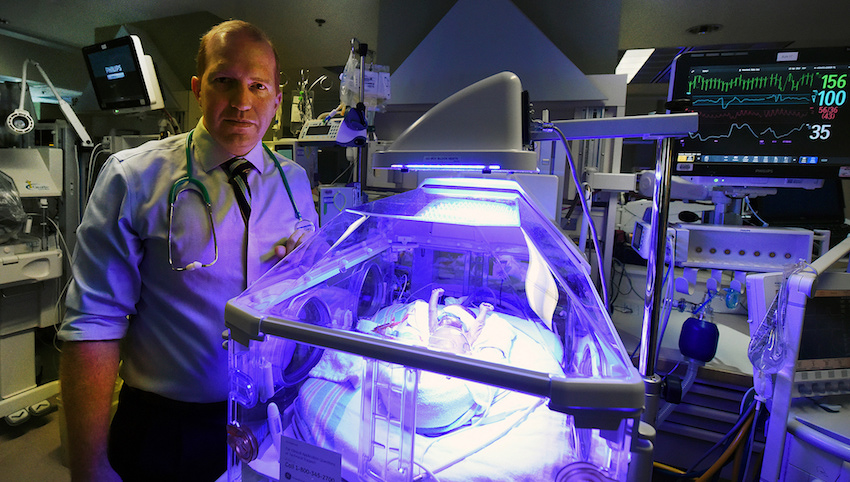 AUGUSTA, Ga. – Dr. Brian K. Stansfield, neonatologist at Children’s Hospital of Georgia and a 2004 graduate of the Medical College of Georgia at Augusta University, has received the 2016 Clinical Science Young Investigator Award from the Southern Society for Pediatric Research.

The award recognizes exemplary work addressing a clinical or basic science problem by an early career investigator. Stansfield received the award for his studies of cardiovascular and related risks associated with being a low- or high-birthweight baby. His studies of 575 adolescents have shown that either extreme appears to increase the risk of so-called visceral adiposity – fat around organs in the abdominal cavity – and increase the risk of heart disease and insulin resistance. Stansfield presented the work at the society’s recent annual meeting.

Stansfield completed his pediatric residency at MCG and CHOG followed by a fellowship in neonatal-perinatal medicine and a National Institutes of Health Pediatric Scientist Development Program fellowship, both at Indiana University School of Medicine. He returned to MCG in 2013. He received an Exemplary Teaching Award last year from his alma mater for his graduate medical education work with residents and fellows, including revising and implementing a curriculum for pediatric resident research. He is being honored during Augusta University’s 2016 Alumni Weekend with a Jag20 award, given to 20 emerging alumni leaders under age 40 who have made significant impact in their career, community and university