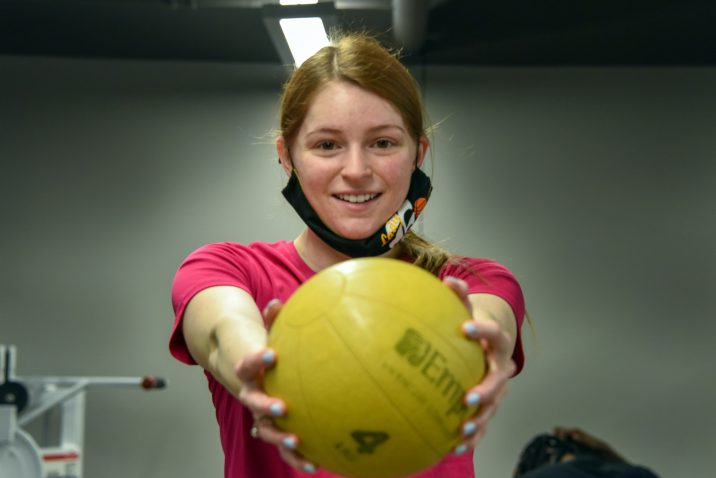 It’s not too unusual for a high school athlete to get injured, but it is for it to happen three times.

Evans High School student Caitlyn Burner, 17, has experienced this exact thing. Her right ACL (anterior cruciate ligament) was torn in 2018, and again in 2019. Then in 2020, the basketball player injured the ACL in her left leg. All three injuries required surgery.

“[My mother] actually told me after the second time that I wouldn’t play anymore, but now I’m playing, of course,” she said.

Clearly, Burner can’t be stopped no matter how many times she gets knocked down. But all three times, there were fears the injuries would sideline her from basketball for good.

“It’s hard. You just have to keep a positive mind,” said her mother, Verena Yaden. “I feel like the first time, she didn’t expect all the pain after the surgery; it was rough on her. Obviously she couldn’t walk and of course the school had stairs. Even after completing physical therapy, she still had to do it on her own every day at home.”

First tournament back :))) just a little highlight of stealing, passing, and rebounding 🙂 pic.twitter.com/yLbmxaoPZr

Once a week, she undergoes intense training at AU Health’s West Wheeler clinic, including basketball drills to get back to full strength before she returns to the court for good.

Burner has been practicing with the team but hasn’t played any games this season. She aims to rejoin competitive play for her upcoming senior year.

As for how her legs feel now: “It’s not necessarily painful, but in certain areas just because of damaged nerves, it’s numb,” she said.

After earning a scholarship, Burner recently gave a verbal commitment to Bob Jones University in Greenville, South Carolina. Her potential and her basketball career are just beginning, with help from AU Health to get her back on the court.