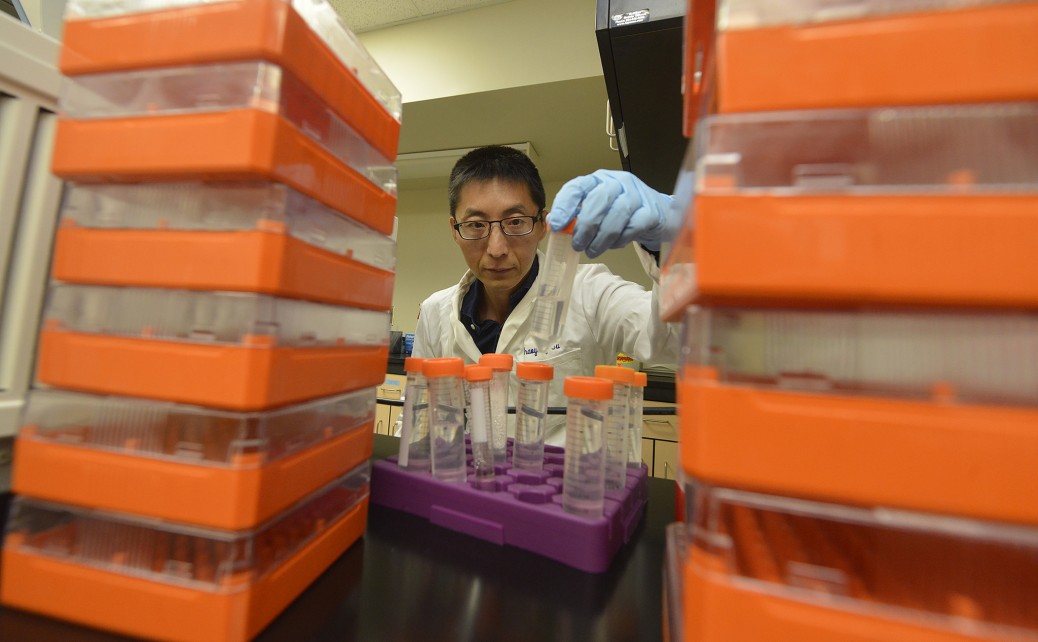 Researchers are looking across the entire human genome to see if early life stress causes persistent changes in gene expression that increase the lifelong risk of cardiovascular disease.

“We know this stress is bad, and we can link this stress to mental and physical problems when these young people get older. The question is, how does this happen,” said Dr. Shaoyong Su, genetic epidemiologist at the Georgia Prevention Institute at the Medical College of Georgia at Georgia Regents University.

Adverse childhood experiences, or ACEs, such as sexual abuse, neglect and domestic violence, are known to contribute to mental health problems as well as cardiovascular troubles such as hypertension and heart disease. Su was corresponding author of a study earlier this year in the journal Circulation showing that young adults who experience multiple ACEs as children have a systolic blood pressure that is 10 points higher than their peers.

He’s now principal investigator on a $1.5 million grant from the National Heart, Lung, and Blood Institute to see if persistent changes in gene expression are a reason. “We just found the association, now we want to know the biological changes in their bodies,” Su said.

Gene expression determines what proteins are made and what functions genes have, so this time researchers are looking at that expression in about 600 individuals right after they reach adulthood and again more than a decade later.

It’s theorized that ACEs prompt unhealthy behavioral activities, such as smoking, drinking and eating too much, that increase cardiovascular risk. But Su suspects that ACEs also prompt chemical changes, called methylation, to the base, stackable nucleotides of DNA – adenine, guanine, cytosine and thymine – which changes, not the genes themselves, but their expression. In fact, DNA methylation is key to how the body regulates gene expression in response to the environment.

As an example, studies in mice have shown that chronic, early stress, such as pups being separated from their mother early, results in persistent changes in gene expression related to things like how much of the stress hormone cortisol the body makes.

Now researchers are analyzing blood collected over the decades-long human study period to compare methylation levels in participants with no reported ACEs versus multiple ACEs. Looking at those levels when an individual is about age 18 and again when he’s approaching 40 will enable them to see not only what the gene expression changes are, but if they increase or shrink over time, Su said. They also are looking at a group, which experienced ACEs but had good support, potentially even professional help, to deal with their early trauma, to see if that has a physiological impact, including normalizing gene expression.

Su notes that the percentages of children experiencing ACEs found in his study reflect those found across Georgia, the nation and beyond. About half of those reporting ACEs came from middle- to high-income families.