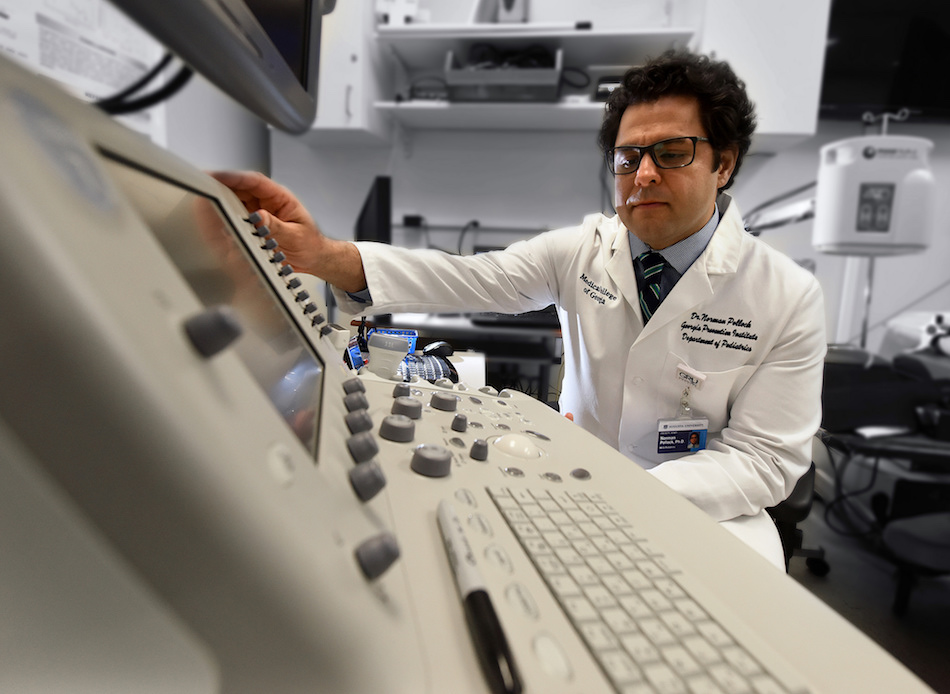 Researchers want to know whether a vitamin K supplement is an effective, inexpensive way to help reduce the cardiovascular risk of obese children.

They believe the vitamin, found in green leafy vegetables and made by the bacteria in our gut  when we eat meat or cheese, may help improve insulin sensitivity and reduce lipid levels in the blood.

Impaired insulin sensitivity, high blood levels of lipids and calcium, along with obesity are major risk factors for diabetes and cardiovascular disease, said Dr. Norman Pollock, bone biologist at the Georgia Prevention Institute at the Medical College of Georgia at Augusta University.

In what appears to be the first study of its kind in the United States, MCG researchers are enrolling 60, 8-17-year-olds with higher fasting glucose levels, a sign of an already increased diabetes risk, in an eight-week study where half will get supplements of the more potent version of the vitamin, called K2, while the remainder get placebo.

“It’s an obscure vitamin that most of us probably don’t get enough of,” Pollock said. “We hope it will be a safe alternative for these children and potentially others to ensure their cardiovascular health.”

They’ll measure the outcome by looking at markers of cardiovascular health typically analyzed in adults, such as blood levels of triglycerides, good and bad cholesterol, as well as insulin production and sensitivity, said Pollock, principal investigator on the project that was recently  funded by the American Heart Association.

They think the vitamin will improve the numbers and the risk for the young individuals, while diet and exercise efforts may fail or have their own issues.

“Restricting caloric intake or increasing activity is hard to do for an adult, and trying to explain the importance to a child is even more difficult,” Pollock said. “Restricting a child’s diet who is growing is another fuzzy line, and there also are concerns about long-term impact on children, like development of eating disorders.”

Exercise is known to increase levels of osteocalcin, which appears essential to the matrix of strong bones, and to reduce insulin sensitivity, a hallmark of diabetes and related cardiovascular risk. Human and animal studies indicate that increasing vitamin K levels do the same.

At least in mice, increasing osteocalcin activity increases insulin production by the pancreas and insulin sensitivity. A connection between osteocalcin and insulin production also has been made in humans, and decreased levels have been reported in type 2 diabetes patients. Pollock’s work has shown a link between weak bones and insulin sensitivity. Also, lower levels of vitamin K have been associated with an increased risk of cardiovascular disease in adults.

Since you can’t currently give osteocalcin directly, he wondered if vitamin K would yield the same cardiovascular benefit. “We need vitamin K to make osteocalcin active,” Pollock said. “We think it all ties together.”

Other vitamin K studies are underway in Canada and Europe. Pollock also is doing two related studies looking at the more general health impact of vitamin K supplementation on children and adults of all weights.

“We want to know who benefits most from vitamin K supplementation,” Pollock said. The new studies include giving a high and lower dose of vitamin K, and Pollock notes that his preliminary studies have indicated a dose-response effect.

Another potential cardiovascular benefit could come from increased activity by the protein matrix GLA, which is found in the blood and, like osteocalcin, is vitamin K dependent. Activating matrix GLA has been shown to reduce calcium buildup inside blood vessels, a major component of classic atherosclerosis, which can begin accumulating at an early age. Matrix GLA also has a role in bone organization.

Years ago, an animal model with the protein knocked out was found to have a lethal buildup of plaque in the blood vessels; and low levels have been considered a biomarker of high cardiovascular disease risk. Others already are exploring the potential of vitamin K supplementation in patients whose clogged arteries are impacting the function of their heart or kidneys.

Vitamin K works by increasing carboxylation – a chemical reaction where a carbon is added – of both osteocalcin and matrix GLA, which makes them more active.

Vitamin K also has been shown to improve cognitive function in animal models of Alzheimer’s so Pollock is developing another clinical protocol on thinking and memory. The fat-soluble vitamin is stored in fat and the liver and known for its important role in helping blood clot, particularly for those who must take a blood thinner.