Scientists explore whether a little less sodium in the diet translates to less inflammation, oxidative stress in the body 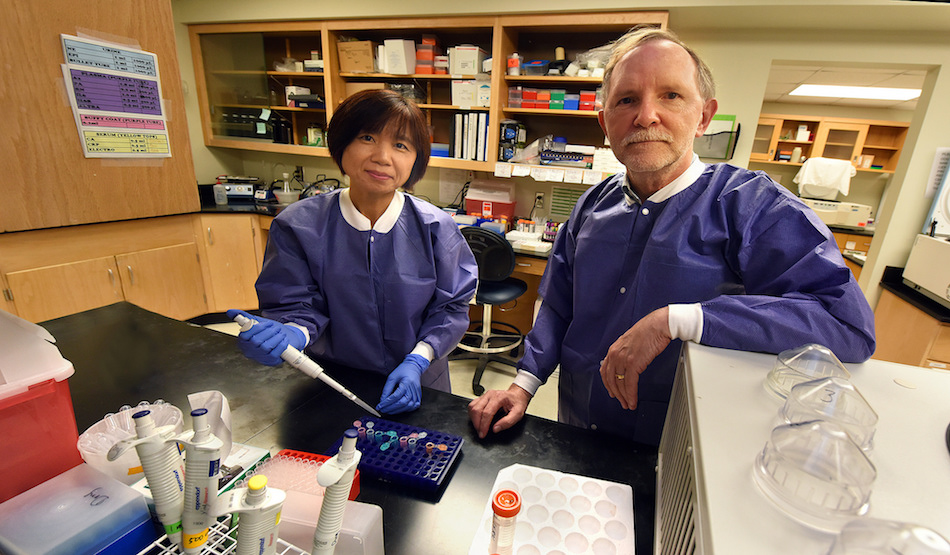 Scientists want to know if even a modest decrease in how much salt you eat means you also have less inflammation and oxidative stress, both key factors for cardiovascular disease and stroke.

Now MCG scientists want to better connect the dots between salt intake and these clear cardiovascular risks. Some well-established connections include high-salt intake being considered a high risk for hypertension, primarily by prompting the body to retain more fluid, which drives up pressure inside blood vessels. In what may turn out to be a truly vicious circle, it’s been known that inflammation can increase sodium retention in humans.

If they can clearly connect the dots, it would provide sound evidence that, particularly the one third of Americans whose bodies tend to hold onto salt, could further reduce their disease risk by taking anti-inflammatories and/or antioxidants, said Zhu, principal investigator on the new $154,000, two year AHA grant.

They are also looking at any impact of sex, race or weight on the effects of a lower-salt diet, information that could one day help physicians provide more personalized medicine for their patients, Harshfield said.

Animal and cell studies have indicated a direct connection as scientists have watched a high-sodium diet prompt immune cells, like T-cells, to produce more proinflammatory cytokines. In fact, a high-salt diet can lead to autoimmune disease in mice, more evidence of increased inflammation.

The evidence is definitely that lower sodium means a lower blood pressure,” Zhu said. “And lower sodium reduces heart disease and stroke but the underlying mechanism is not clear.” She and Harshfield believe that increased inflammation and oxidative stress are major players.

“We hypothesize that the current salt recommendation levels will help you reduce inflammation and oxidative stress,” Zhu said. While most Americans consume about 3,400 milligrams of sodium daily, or about 8.5 grams of salt, the AHA recommends 1,500 milligrams. Highly processed foods and a penchant for eating out are considered major contributors to high-salt consumption in this country.

“We are utilizing existing clinical trials to see if there is a causal relationship between salt and inflammation,” Zhu said. High sodium intake has been associated with inflammation in patients with high blood pressure and atherosclerosis in observational studies, and lower sodium is associated with reduced mortality, heart disease and stroke. One small human study has documented increased indicators of inflammation on a high-sodium diet.

But in the blood of hundreds of patients in two large clinical trials, the scientists think may be more large-scale evidence that even slightly reducing sodium intake – U.S. dietary guidelines currently recommend 2,300 milligrams daily and the AHA is 1,500 milligrams – can reduce inflammation and oxidative stress, both also risk factors for cancer.

They are first doing high-throughput studies of the blood gathered in the large United Kingdom Salt Reduction trial, screening for several established markers of inflammation like the cytokine IL-6 as well as oxidative stress. They’ll then look in the blood of DASH-Sodium participants to see if the top markers also hold up in that population. They’ll also compare how sex, race and obesity of the study participants impact any findings in both.

The DASH, or Dietary Approach to Stop Hypertension Sodium, study, sponsored by the National Heart, Lung and Blood Institute in the late 1990s, was essentially part two of an earlier DASH study that showed a healthy diet, rich in fruits, vegetables, whole-grains and low-fat dairy products protected against hypertension. The study compared those on the DASH diet versus a more typical American diet and found that low-sodium intake benefited blood pressure in folks on both diets but worked best in concert with the DASH diet. The study looked at about 400 individuals, half with normal pressures and half with  early disease.

A much larger review looked at the impact of a slight decrease in sodium intake for at least four weeks on individuals in the United Kingdom with normal blood pressure as well as hypertensives. It showed both groups, regardless of sex or ethnicity, could benefit, according to results published in 2013 in the British Medical Journal. The review looked at more than 3,200 participants in 34 different studies.

Inflammation is part of the body’s normal immune response, but there is increasing evidence that chronic inflammation is a player in many diseases. Oxidative stress is essentially when, as a byproduct of oxygen use, the body produces more reactive oxygen species that it can use and/or eliminate. Oxidative stress also is a factor in a variety of disease states like hypertension as well as aging.