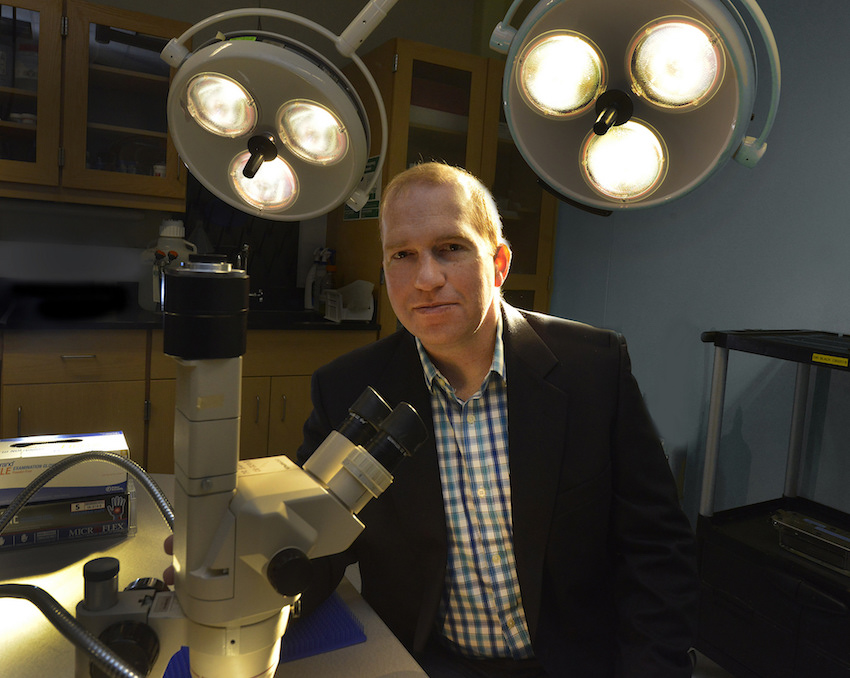 AUGUSTA, Ga. – It’s a fairly common genetic condition that can surface as a series of dark skin spots and result in a host of maladies from tumors to premature cardiovascular disease.

Medical College of Georgia researchers hope their studies of how neurofibromatosis 1, or NF1, can dangerously thicken or thin blood vessel walls will one day help physicians better identify and treat these young patients at cardiovascular risk.

“They lie at both ends of the spectrum, as you can imagine,” said Dr. Brian Stansfield, neonatologist and physician-scientist at MCG and Children’s Hospital of Georgia. He is talking about two seemingly disparate blood vessel problems. Arterial stenosis impedes blood flow by thickening and stiffening artery walls, putting patients at risk for hypertension and stroke. Aortic aneurysms weaken walls, leaving patients vulnerable to bleeding.

“Understanding what could be similar about them could help us better understand both at the same time,” said Stansfield. He recently received an American Heart Association Scientist Development Grant and a New Investigator Award from the Congressionally Directed Medical Research Programs of the U.S. Department of Defense that are helping him do just that.

About seven percent of patients with NF1, an estimated 50,000 to 70,000 worldwide, have cardiovascular complications. Children can be born with complex heart defects and/or develop arterial stenosis or aneurysms by the time they reach adolescence.

The NF1 gene makes neurofibromin, a huge protein found inside all cells that is a natural tumor suppressor and anti-cell proliferator. It appears to work largely by suppressing the activity of a family of proteins called Ras. Ras is present in all cells and, when switched on by growth factors, it in turn switches on other proteins that enable cell growth, differentiation and survival.

“It’s essentially a cancer of the cardiovascular system,” he said. “If you think about malignancy, it’s this rampant growth of cells that causes that problem, and arterial stenosis mimics that very nicely. Arterial stenosis is a rapid growth of smooth muscle cells in an area where they should not be.”

While the major blood vessels initially look similar in both animals, injury accelerates the process that can occur in NF1, producing dramatic change. “It inactivates the NF1 gene enough that we see dysregulation of this pathway,” Stansfield said.

While the walls of any artery would naturally thicken as part of the healing process, animals with the genetic mutation experience a two- to three-fold increase in thickness, including development of an entirely new blood vessel wall, or intima. The more rigid result appears to be an exaggerated response by the smooth muscle cells that normally enable blood vessels to be elastic and easily manage changing blood volumes.

When they looked further, MCG researchers found that NF1-mutant mice have increased numbers of immune cells called macrophages show up at the injury site and deliver a lot more growth factors. Macrophages are a normal part of the body’s response to injury, which typically help eliminate debris. But in this case, they “really stimulate the smooth muscle cells to divide,” Stansfield said. Macrophages also produce increased levels of reactive oxygen species, a natural byproduct of oxygen use, which can do serious cell damage at higher levels. They are now taking a closer look at these macrophages.

A similar scenario appears to drive formation of aneurysms in the mutant mice. But here, the mice also make more matrix metalloproteinases, enzymes that can cut and degrade things such as cell receptors, and encourage a host of diverse cell behaviors from proliferation to suicide. There is also degradation of the elastic lamina, layers of elastic tissue found within the smooth muscles.

The researchers suspect the dysfunctional neurofibromin is a major contributor to reactive oxygen species and inflammation in this scenario, and neurofibromin-deficient blood, or hematopoietic, cells, which also rush to the scene, are important mediators of aneurysm formation. In fact, they already have shown that by transplanting bone marrow from an NF1-mutant mouse into a normal mouse, they can reproduce much of the unhealthy penchant for forming aneurysms. New studies are aimed at better understanding the role of Ras in formation of the weakened blood vessels.

NF1 occurs in 1 in 3,000-4,000 people in the United States. It can be inherited, but mutations occur spontaneously in 30-50 percent of individuals, and the condition tends to be progressive, according to the National Institute of Neurological Disorders and Stroke.

Children get two copies of the NF1 gene, one from each parent. While it’s more likely one copy is normal, if both have mutations, children have what’s known as a second hit, which increases the likelihood they will have more than one of the host of potential problems that also include cancer, bone disease and cognitive issues. In fact, when both copies of the NF1 gene are knocked out in mice, they do not survive, Stansfield said.

The most common manifestation of NF1 is neurofibromas, rubbery masses that can form on the skin or inside organs as multiple cell types abnormally proliferate. In fact, NF1 is the most common of the group of genetic disorders that cause tumors to grow in the nervous system, according to NINDS. According to the National Cancer Institute, more than 30 percent of all human cancers are driven by mutations of the Ras family of genes. 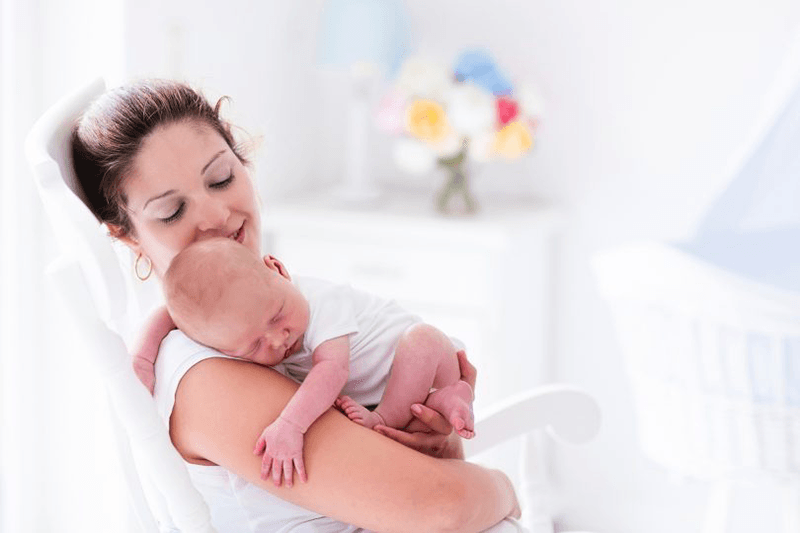