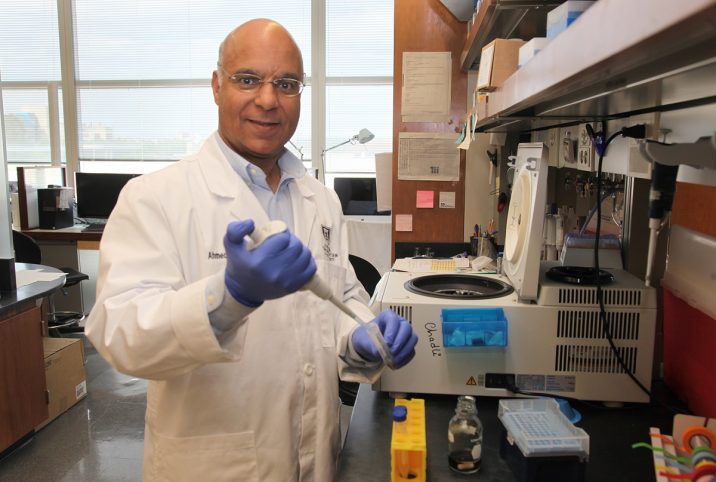 Identifying a protein that plays a key role in cancer cell growth is a first step toward the development of a targeted cancer therapy. It is especially promising when this protein is dispensable for the growth of normal cells. Their discovery that UNC45A fits these criteria has researchers, led by Dr. Ahmed Chadli,  of the Georgia Cancer Center at Augusta University, excited about potential new cancer therapeutic strategies involving the inhibition of UNC45A.

UNC45A has long been recognized as a molecular chaperone, responsible for helping other proteins reach their functional state by guiding protein folding. It has a distinct role in cancer, however, where its over-expression in breast and ovarian cancer patient tissues correlates with grade and stage of the disease. After confirming that UNC45A is not required for the proliferation of normal breast cells, Chadli’s group showed that in both cell and mouse models of breast cancer, UNC45A is required for cancer cell proliferation and tumor growth.

They published the underlying molecular mechanism in the Journal of Biological Chemistry, first by demonstrating that when they silenced UNC45A expression, an enzyme called NEK7 was also down-regulated, by twofold. NEK7 plays a key role in cell proliferation by orchestrating the proper separation of chromosomes during cell division. Either silencing UNC45A or deleting NEK7 resulted in decreased cancer cell proliferation, and adding NEK7 to UNC45A-silenced cells restored proliferative capacity.

Examining normal versus cancer cell lines and normal versus cancerous human breast tissues, the researchers observed significantly more UNC45A present inside (versus outside) of a cell’s nucleus. They further discovered that in the nucleus, UNC45A interacts with a protein called the glucocorticoid receptor that, in turn, promotes NEK7 expression.

Due to NEK7’s key role in cell division, they further explored the effect of silenced UNC45A on cell replication.  Importantly, they found that silencing UNC45A, which results in NEK7 down-regulation, caused the cancer cells to undergo what is known as mitotic catastrophe and die, exemplifying the ultimate therapeutic goal.

This result was captured in a dramatic set of real-time videos of cell division in normal versus UNC45A-deficient cells. In normal cells (Movie 1), nuclear material, pictured in green, divides to form two separate cells, each surrounded by a cell membrane, which appears white.  In UNC45A-deficient cells, (Movie 2), the nuclear material struggles to divide, and the division into two cells fails.

“Inhibiting UNC45A holds tremendous potential in the fight against solid tumors, since its role in proliferation does not seem to be necessary for the survival of normal cells,” Chadli said. “How to inhibit its tumoral role apart from its normal functions is the topic of future studies that would improve our understanding of this molecular machine and how to harness its potential clinical application.” 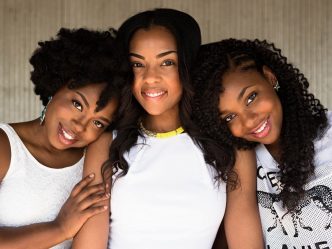