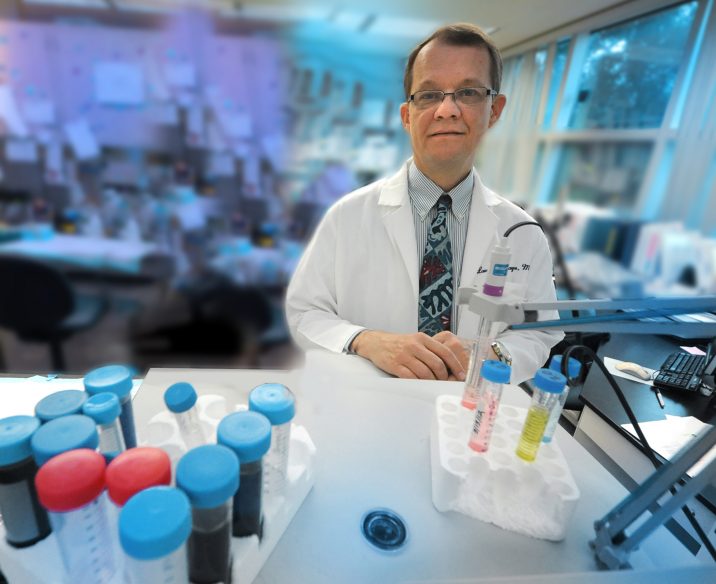 Dr. Lawrence C. Layman, chief of the Section of Reproductive Endocrinology, Infertility and Genetics in the Department of Obstetrics and Gynecology at the Medical College of Georgia at Augusta University, has been elected to membership in the international Association of American Physicians.

Layman, Robert B. Greenblatt, MD, Distinguished Chair in Endocrinology and co-director of the MD/PhD Program of MCG and the University System of Georgia, joins more than 1,700 active members of the association established in 1885 for leading senior physician scientists in the United States, Canada and elsewhere.

Membership goals include the pursuit and advancement of medical knowledge through experimentation and discovery of basic and clinical science and their application to clinical medicine.

Layman, whose expertise includes delayed puberty, recently received a $2.6 million grant from the National Institute of Child Health and Human Development that is enabling genetic analysis of hundreds of patients with MRKH syndrome, in which the vagina and uterus do not develop. Layman and his colleagues also are looking at family members of patients with the developmental disorder with the goals of finding more causative genes and enabling better patient counseling and treatment. He is co-principal investigator on a National Heart, Lung and Blood Institute grant looking at the impact of estrogen on vascular health in diabetes.

Layman is program director of the reproductive endocrinology and infertility fellowship at MCG. He has mentored 85 medical students, residents and fellows.