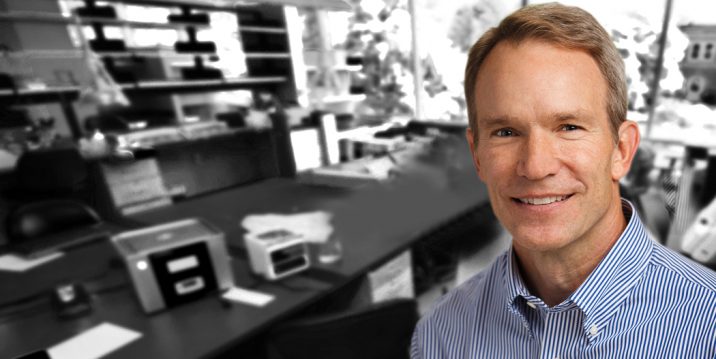 “Dr. Mattson is a passionate investigator and educator who leads by his enthusiastic example and by making the success of those around him a priority,” says MCG Dean Dr. David Hess. “He is a natural fit for the great strengths we have in cardiovascular disease in the Vascular Biology Center, Georgia Prevention Institute and the Department of Physiology he will soon lead, and for MCG’s commitment to addressing the number one killer in our state and nation from every angle.”

“Georgia Research Alliance is pleased to welcome Dr. Mattson to Georgia,” says GRA President and CEO Russell Allen. “Hypertension is a critical health issue for our state, and he is an expert in the field, particularly in the role that immune cells in the kidney can play in amplifying the progression of the disease.”

Mattson serves on the governing body of the American Physiological Society as one of nine councilors and has held various leadership roles with the society for 15 years. He is the society’s 2018 recipient of the Ernest H. Starling Distinguished Lectureship Award for exceptional contributions and lifelong dedication to water and electrolyte homeostasis research.

Mattson has served on numerous Special Emphasis Panels and research groups for the National Institutes of Health and American Heart Association, respectively, including serving as a member of the AHA Animal Models of Hypertension Writing, Collaborative Science Review and Established Investigator Award Review Groups.

He chaired an NIH Special Emphasis Panel reviewing grant applications for studies of cardiovascular regulation with a focus on the physiology of blood pressure regulation, the pathogenesis of hypertension, and hypertension-related renal and vascular end-organ damage. Mattson has served on other NIH study sections reviewing grant applications in areas like hypertension and the microcirculation as well as the cell and molecular biology of blood vessels.

He is a member of the External Advisory Committee for the NIH Program Project of Dr. Clinton Webb, immediate past chair of the MCG Department of Physiology, which is exploring the vicious cycle of how hypertension kills cells resulting in more inflammation and hypertension. He also has served as an overseas external assessor for the National Health and Medical Research Council of Australia.

Mattson is the program director for a recent NIH Program Project grant renewal elucidating the role of the kidneys in hypertension, including complex interrelationship between factors important in the regulation of sodium excretion; cell growth, proliferation and metabolism; and the immune system. Mattson also is principal investigator on an AHA grant exploring epigenetic modifications of the immune system in salt-sensitive hypertension that result in kidney damage. He is a principal investigator as well on an NIH-funded study exploring how the immune system impacts salt-sensitive hypertension. His lab has been funded by the NIH since 1997.

He is an honored educator, an eight-time recipient of MCW’s Outstanding Medical Student Educator Award, and in 2016, was elected to the MCW Society of Teaching Scholars. Mattson has mentored more than 80 fellows, medical students, graduate students, undergraduate and high school students. He has twice received MCW’s Faculty Service Award.

As president of the MCW Faculty Council, he helped lead an overhaul of the medical school’s curriculum and expansion to three campuses. He has served as chair and co-chair of the MCW Research Council, a member of its Technology Innovation Council and for 16 months as interim senior associate dean of research. He has served as faculty leader of the MCW Department of Physiology’s Chronic Monitoring Facility, which enables 24-hour monitoring of research animals, and Analytical Core Laboratory.

Mattson earned his doctorate in physiology at MCW and completed a postdoctoral fellowship there before joining the faculty in 1992.

The Georgia Research Alliance grows Georgia’s economy by expanding university research capacity and seeding and shaping startup companies around inventions and discoveries. For over 25 years, GRA has worked to strengthen the university research enterprise in Georgia by working in partnership with the University System of Georgia and the Georgia Department of Economic Development to create the companies and jobs of Georgia’s future. Visit www.gra.org for more information.

Written by Toni Baker
Day at the Capitol 2019: In photos
FacebookTwitterPinterestWhatsApp
Two new faculty researchers to join the School of Computer and Cyber Sciences