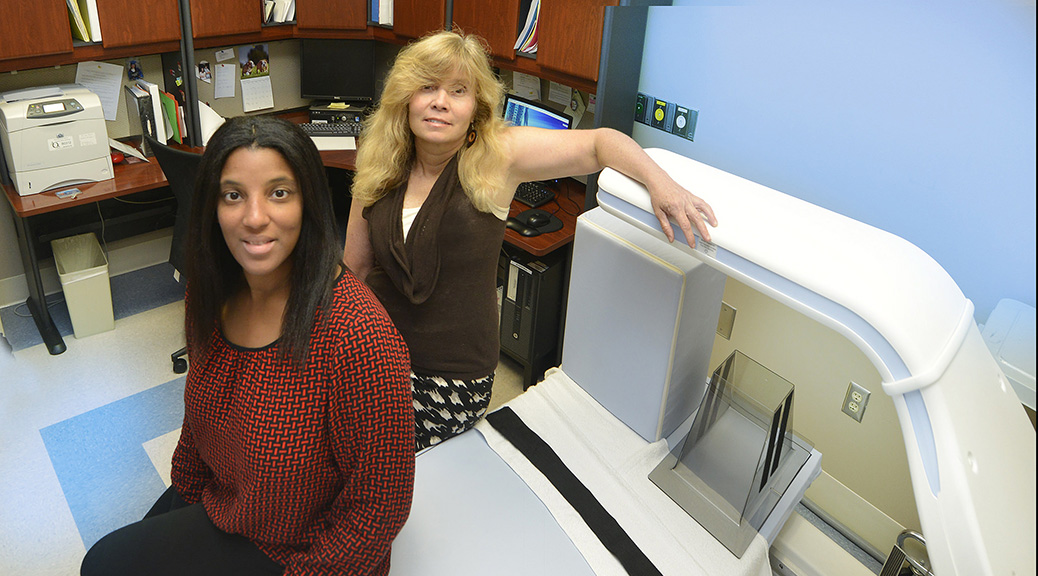 Postmenopausal women with kidney or bladder stones are not at increased risk for osteoporosis, but they do have about a 15 percent increased risk of another painful stone, physician-scientists report.

Researchers looked at data on approximately 150,000 postmenopausal women and found, despite the two conditions being clearly associated in men, the same did not hold true for women, said Dr. Laura D. Carbone, chief of the Section of Rheumatology at the Medical College of Georgia at Georgia Regents University.

“We know in men that if you have a kidney stone, you are more likely to have osteoporosis,” said Carbone, corresponding author of the study in the Journal of Bone and Mineral Research. “We were trying to find out if that is also the case for women. We found that, unlike what has been reported in men, a woman having a kidney stone is not a risk factor for osteoporosis. However, having one urinary tract stone does put women at increased risk for a second stone.”

“We wanted women and their physicians to have this information,” said Dr. Monique Bethel, a research resident in the MCG Department of Medicine and study co-author. “If the two relate, and a patient who has not been screened for osteoporosis comes to the office with a kidney stone, her physician might have been concerned she also has a higher risk for osteoporosis. Our studies indicate she likely does not.”

However, women with a stone likely should work with their physician to reduce their increased risk of a subsequent stone, the physicians said, noting that low water/fluid intake and a high-salt, high-calorie diet are common stone risks. Having a stone also was known to put people at risk for subsequent stones, but the new study helps clarify the risk, Carbone said.

Their data came from participants in the National Institutes of Health Women’s Health Initiative, a major study to address common health problems, such as osteoporosis and cancer, in postmenopausal women. Out of more than 150,000 women followed in the WHI, 9,856 women reported urinary tract stones at the start of or over the course of the study. They were followed about eight years, on average. MCG researchers believe theirs is the largest, most comprehensive study of the association of the two conditions in postmenopausal women. They looked at the data several different ways, adjusting for factors that could also influence outcome, such as physical inactivity, a known risk factor for both osteoporosis and kidney stones. They only looked at whether urinary tract stones increased the risk of osteoporosis, not the reverse.

The incidence of urinary tract stones is on the rise generally, particularly in women, with a 70 percent increase in the last 15 years. Osteoporosis already affects about 1 in 3 postmenopausal women and 1 in 5 older men, although the incidence of hip fractures is trending downward, Bethel said.

The Osteoporotic Fractures in Men, or MrOS, study, which looked at nearly 6,000 men with a mean age of 73.7 to determine risk factors for osteoporosis, identified urinary tract stones are a risk factor.

One link between the seemingly disparate conditions of stones and weak bones is an excess of calcium in the urine, which tends to be more common in men, Carbone said. Sodium and calcium share a common transport mechanism at the kidney, and sodium affects reabsorption of calcium by that organ. When sodium levels are high, from eating too much processed or fast food, for example, more calcium is eliminated in the urine. Also, overactivity of the parathyroid glands, which regulate levels of calcium in the blood, is associated with both urinary tract stones and fractures of the vertebra in the spine, a sign of the typically silent osteoporosis.

Interestingly some treatments for osteoporosis, including calcium supplements, can increase the risk of stones. Conversely, individuals who’ve already experienced a urinary tract stone might avoid calcium to help avoid a subsequent stone and inadvertently increase their osteoporosis risk, the researchers write.