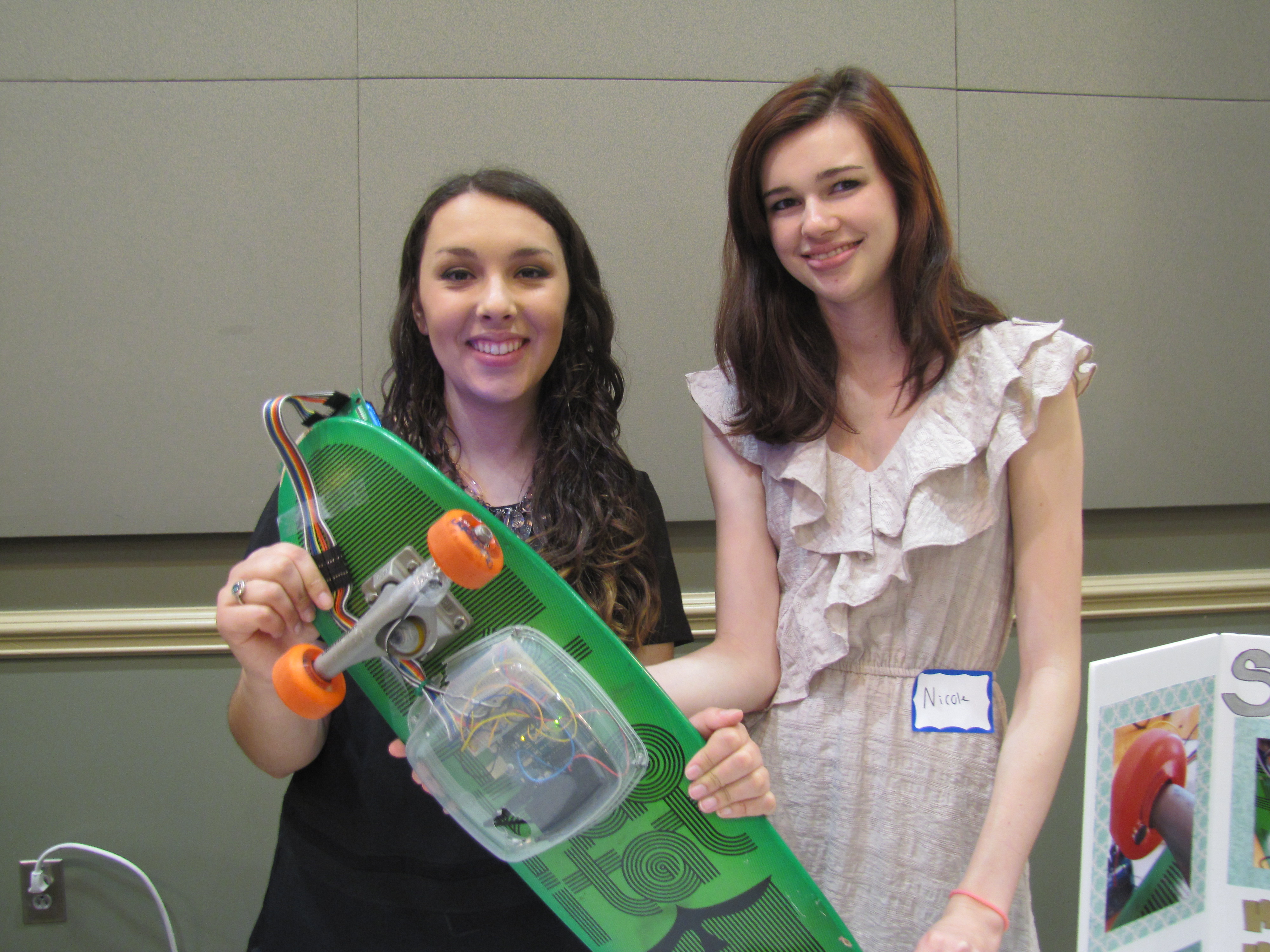 Last week, over 480 freshman and sophomore students gave poster presentations at the Center for Undergraduate Research and Scholarship (CURS) and INQR 1000 Academic Expo.

The theme for this year’s one-credit hour INQR 1000 class was “Food for Thought,” and different classes approached the theme in different ways.

Dr. Joseph Hauger, a professor in the Department of Chemistry and Physics, went in the direction of “Nibbles and Bytes,” and students used Arduino computer chips as the basis for several mechanical projects, including a skateboard speedometer and an audio version of the electronic game “Simon.”

“In the first five weeks, there are basic things that I want them to learn that are sort of the building blocks – digital output, digital input, analog – and then they do a little bit of coding,” Hauger said. “Then the students start to realize that this is all open source code, so they start to hack stuff.”

He said some of the best ideas students came up with occurred simply because they were talking with other students, which is one of the points behind the program.

“The group work is the foundation for critical thinking,” said Abigail Dresher, Program Coordinator for CURS. “The course is designed to help them ask questions and think critically and work as a team. And working in groups is key for engagement and feeling like they are engaged in the topic or engaged in the learning process.”

“For me, personally, it’s to have them on a team and have them feel included in something,” he said. “I think a lot of college is having students feel like this is a place where they’ve got this group they identify with, and then there’s camaraderie.”

The class is so popular that Hauger has a couple of students who have returned to help out just to see what the new batch of students is doing.

“It was just so much fun,” said Zane Corder, whose Arduino-based football helmet concussion sensor has become something of a legend. “I’d always wanted to get into Arduinos, but never really got around to it until the class.”

Because research suggests that students start college looking for answers rather than asking questions, the course directs students toward being active learners by teaching them how to identify and collect appropriate evidence, present results, formulate conclusions, and evaluate the importance of those conclusions. 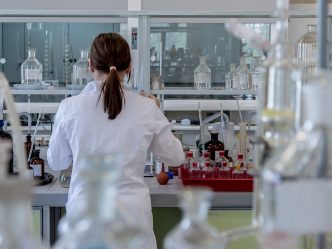 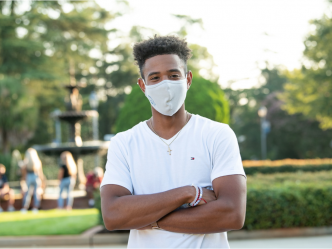 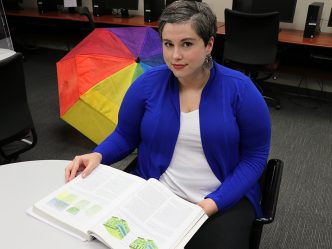