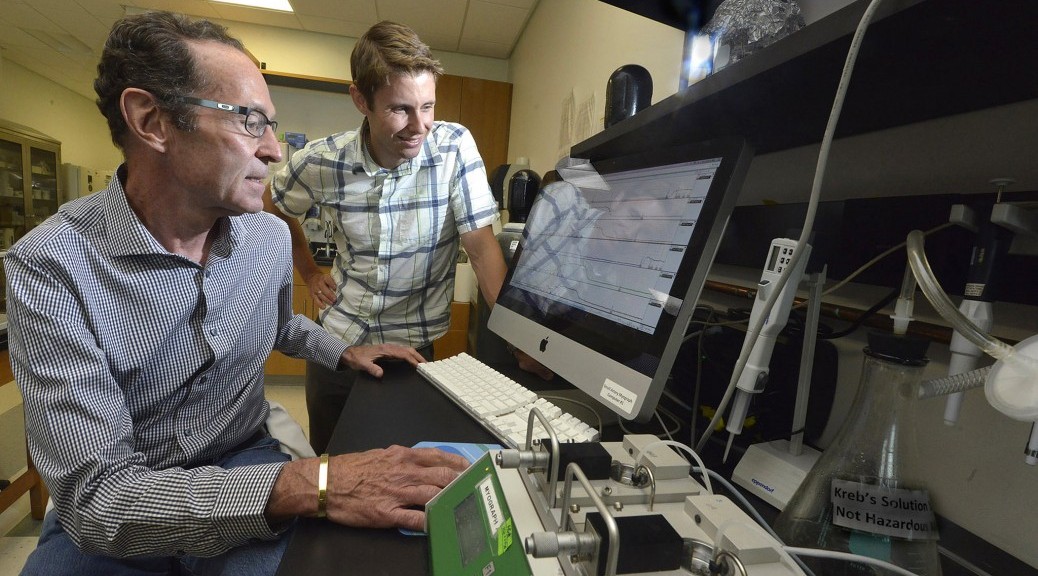 The regular physical trauma that appears to put professional football players at risk for degenerative brain disease may also increase their risk for hypertension and cardiovascular disease, researchers say.

The frequent hits football players experience, particularly frontline defenders such as linemen, likely continually activate the body’s natural defense system, producing chronic inflammation that is known to drive blood pressure up, according to a study in The FASEB Journal.

While strenuous physical activity clearly has its benefits, it also produces skeletal muscle damage, which literally tears some cells apart, said Dr. R. Clinton Webb, cardiovascular researcher who chairs the Department of Physiology at the Medical College of Georgia at Georgia Regents University.

DAMPs activate what should be a short bout of inflammation to deal with the danger, but in football players, this likely happens over and over again in just a single game. “We think that this increase in blood pressure we see in football players is due to the repeated trauma and immune system activation,” McCarthy said.

The trauma can be significant. The sheer size and strength of linemen today mean that those on the offensive and defensive line repeatedly smash into each other at a force equivalent to about a 30-mph car crash, the researchers write. Resistance training done off the field to improve lean muscle mass, likely results in more torn cells and additional activation of the immune response.

Higher blood pressure has been associated with professional and even college football, but exactly why remains unclear, Webb said. He noted that the cause is likely multifactorial and not simply the obesity found in the preponderance of players. While players’ blood pressure tends to drop toward normal after each season, a long-term impact is likely, the researchers said. Professional football players, for example, have a higher incidence of cardiovascular disease than the general population and live, on average, 10 years less.

The researchers hope that by fully understanding the cause, preventive strategies, maybe even something as simple as taking a daily baby aspirin to reduce inflammation, can reduce the short- and long-term impact of higher blood pressure.

Webb and his team have evidence that – at least in rats – circulating levels of DAMPs are increased in hypertension and increasing evidence of their direct role in hypertension. DAMPs appear to raise blood pressure by activating toll-like receptors on endothelial cells, which comprise the single-cell-thick lining of blood vessels. Toll-like receptors are located in all tissue and cell types and these pattern-recognition receptors are always on the lookout for danger and invaders, such as bacteria, McCarthy said.

The researchers theorize that toll-like receptors are activated a lot in football players, particularly linemen, who may be involved in literally a 100 hits per game. Results include arteries that are stiffer, less able to dilate, and higher blood pressure.

The researchers suspect that release and downstream effects of DAMPs likely play a role as well in the damage to the brain, called chronic traumatic encephalopathy, which can occur in these athletes from years of blows to the head.

While increased hypertension in professional athletes may seem like a paradox, the researchers note that hypertension is the most common cardiovascular complication seen in competitive athletes, even ultramarathon runners.

In fact, reports in the lay literature of elevated blood pressure in football players prompted McCarthy and Webb to do a scientific literature search where they found more evidence of the problem, but not the complete cause behind it. That led to their published hypothesis and to their current pursuit of funding to measure DAMPs levels before, during and after season in college football players.

A 2009 study in the Journal of the American Medical Association looking at the prevalence of cardiovascular disease risk factors among NFL players compared with their peers in the general population showed significantly higher blood pressures. However, other cardiovascular risk factors, such as lipid and cholesterol levels, were mostly similar despite the fact that the players were generally taller and heavier. The study also noted an increase in the past three decades in body mass index for linemen.

Fat, particularly in the abdominal area, is a known risk factor for hypertension and other cardiovascular diseases. A 2005 JAMA study showed that the percentage of NFL players with a body mass index of 30 or greater, which is considered obese, was double that of their non-football-playing peers. Offensive and defensive linemen had the highest BMIs. However, despite the pervasiveness of overweight, particularly among linemen, labeling body weight as the only culprit, is premature and doesn’t take into account the complexity of hypertension, the MCG researchers write.

Related studies looking at cardiovascular risk factors among NFL players in different positions showed linemen tend to have higher total cholesterol and triglyceride levels than other players in addition to higher blood pressures. A 2013 study in the journal Circulation showed that even college football players had elevated blood pressures that categorized them as pre-hypertensive and that, particularly linemen, were showing signs of unhealthy increases in the size of their heart related to pumping against increased blood pressure.

Webb and McCarthy’s FASEB study was supported by the American Heart Association and the National Institutes of Health.

Cells that make our insides slick also calm our spleens

Mask or no mask? Some local residents ditch the gear despite recommendation

Who in the CSRA will get COVID-19 antibody tests — and why?

Written by Toni Baker
GRU awarded funding to train next generation in ob-gyn
FacebookTwitterPinterestWhatsApp
Into the Minds of Heroes: GRU undergrad studies the psyches of superheroes