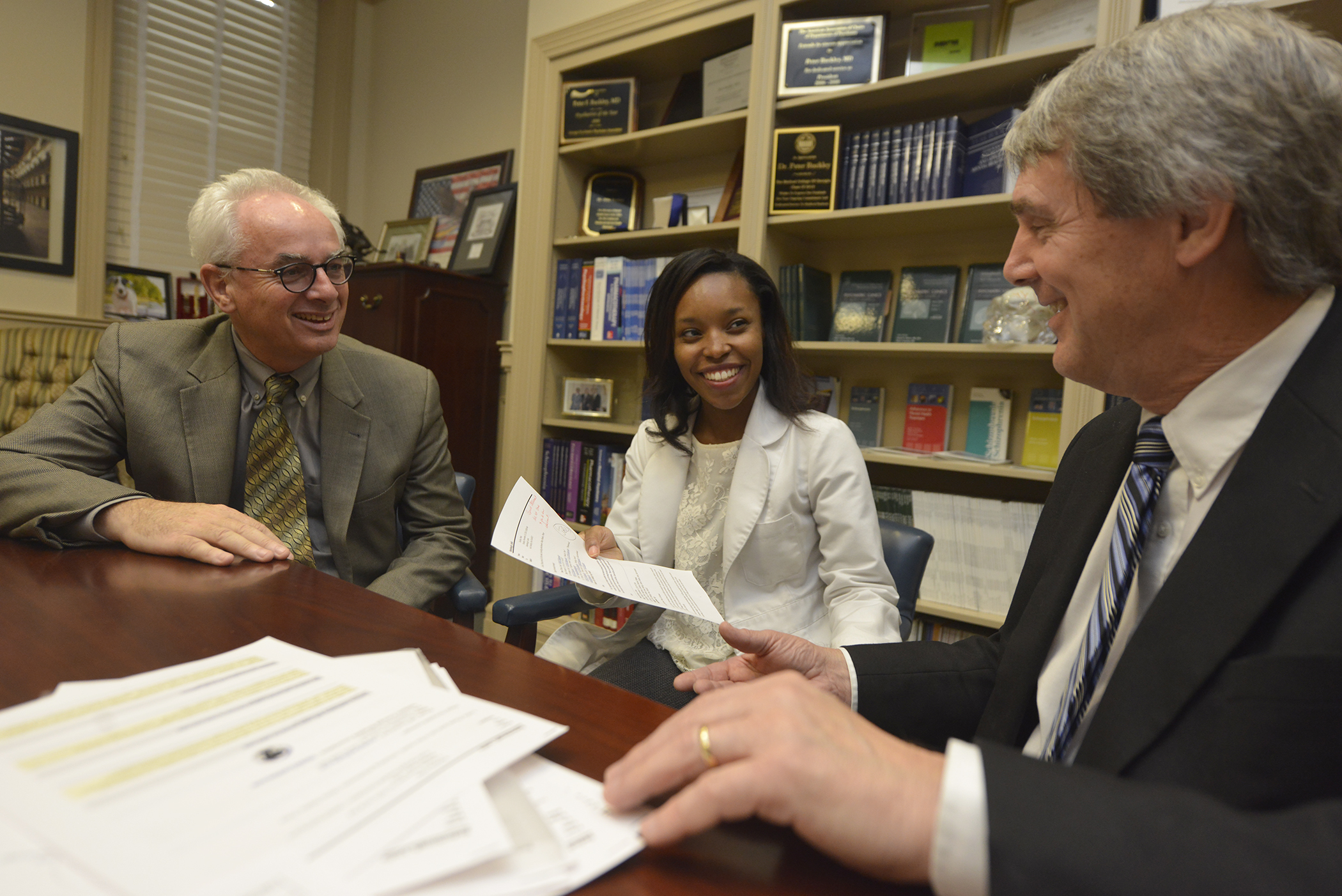 AUGUSTA, Ga. – The stigma of having and treating mental health problems must give way to an integrated educational and health care model that embraces recovery, experts say.

“There needs to be a mental health professional that is available to you,” said Dr. Alex Mabe, chief of psychology and director of psychology internship training at the Medical College of Georgia.

As examples of worsening shortages, the number of psychologists, doctoral-level professionals who provide much of the psychotherapy in this country, will likely decline by 900 in the next decade while the country’s demand increases 10 percent, according to the National Center for Health Workforce Analysis. Fifty-five percent of U.S. counties already do not have a practicing psychiatrist, psychologist or social worker.

The panelists note that the workforce shortage results from a host of issues such as high burnout/turnover rates, an aging workforce and the stigma associated with mental health problems and professions. Shortfalls for patients result from issues such as not enough practitioners, maldistribution in terms of location and racial/ethnic diversity as well as the stigma and reality of the mental health care provided today.

Solutions could include an all-hands-on-deck approach that eradicates lines between the host of professionals involved in physical and mental health care in hospitals, clinics, schools and elsewhere, they say. Erasing the stigma of providing or receiving mental health also starts with better education of these providers.

Patients with schizophrenia, for example, tend to die younger, have more infections and problems with diabetes, he said. While drug therapies contribute to some of these related physical issues, there is also increasing evidence that, as with Alzheimer’s and heart disease, inflammation may play a big role in schizophrenia as well as its comorbidities, Buckley said.

“There needs to be better integration in the way medicine is being practiced. Right now, most mental health care is being provided in silos,” said Mabe, referencing a system that matured in the 1800s and led to construction of the first state psychiatric hospitals. “We need to bring mental health into the interdisciplinary health care team.”

That includes further incorporating primary care physicians for adults and children into the mental health education and care model. Primary care physicians already are the only source of mental health services for one-third of patients and they prescribe about 40 percent of antidepressants. “Behavioral health issues need to be better promoted and trained at the medical school and residency level,” Mabe said.

The limited number of psychiatrists and psychologists may need to extend their impact by serving as consultants and coaches to primary care providers, school counselors and other professionals, he added. That ultimately will mean health care reimbursement also needs adjusting to enable payment for this new strategy, Mabe said.

The most effective, efficient bottom line for education and delivery also has patients and families directly involved in both to ensure a focus on recovery, said Buckley, who helped establish the Project Great program that does just that at MCG. Project Great, which received the American College of Psychiatrists Award for Creativity in Psychiatric Education in 2012, is a peer-centric academic program in which psychology and psychiatry residents train alongside people in recovery. “It is a mental health equivalent of patient- and family-centered care, an education and treatment philosophy that our institution is particularly known for,” Buckley said.

As the lines between the provision of physical and mental care come down, so should the mental health stigma, said Butler, a native of Albany, Georgia. Butler grew up in a family that experienced the struggle of mental illness and with a father who is a mental health counselor. She says her own experience as well as objective studies have shown that minority groups may be particularly vulnerable. She recollects hearing patients’ family members state that they just expected them to ‘pull themselves up by their own bootstraps.’ She notes that often when people learn more about mental illness, they are more understanding of their loved ones who suffer with it.

“They feel stigmatized by their culture and their family,” said Butler, who has plans to be a pediatric psychiatrist and is excited to help change these tunes. “If you had any other condition, you would get treatment for it,” she said. “You would not just continue to have high blood pressure and ruin you kidneys. Why would you continue to let this mental health condition continue without treatment?”

“Many patients don’t seek care because they are worried about stigma,” said Mabe, who has been seeing patients for 30 years. “If they do want to go, they may not have access to care. When they do get service, they often are not satisfied with it and prefer to ‘do it themselves,’” he said, noting the paternalistic approach taken by some practitioners. “That is historically what the mental health system has provided for them,” Mabe said. “People want to have a sense of self-determination and choice.”