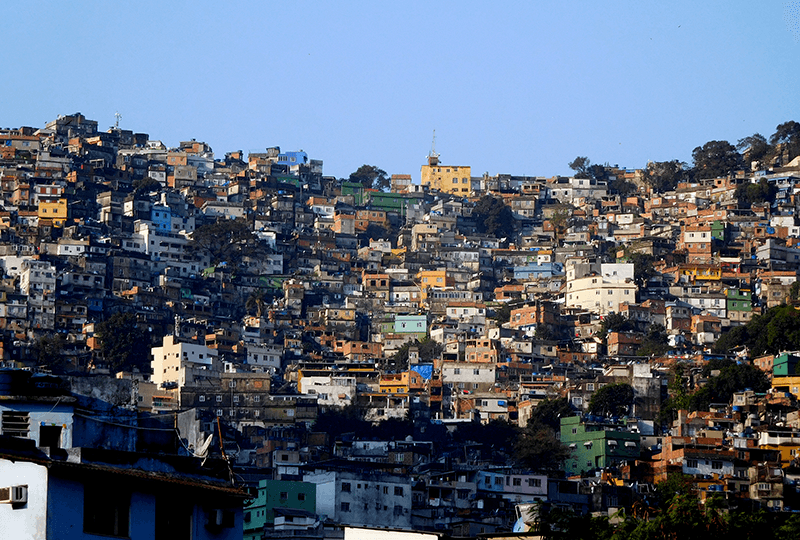 The first time I went to a “favela,” or slums, I was with my dad.

As we drove through the dirt roads, I saw people peeking through the windows, looking at us with mistrust.

That feeling was replaced by joy when they saw we had a trunk full of toys we wanted to give away.

Within a few minutes, the trunk of my dad’s car was empty. So was the road.

As fast as that moment passed, it had a long-term impact in me.

I had seen that same look of mistrust before—on the faces of wealthier people upon seeing a poor person walk by.

I remember watching the news when I was younger and seeing a comparison between what wealthy and low-income kids thought of police officers and drug dealers.

Kids from richer areas said police officers protected them from criminals. They were afraid of drug dealers, many of whom lived in “favelas.”

Kids from the “favelas” said drug dealers were good people. They were afraid of police officers.

I thought I understood what “favelas” were.

On Wednesday, we met Glaucier Oliveira, whose son plays tennis for Augusta University. He took Brennan and I to Rocinha, the largest slum in South America that houses an estimated 200,000 people.

He lived there for 10 years.

When talking about it, he never called it “favela.” Not once.

Instead, he called it community.

As I talked to him, I realized I didn’t understand much about that world—and what it was really like to live there. The window I’ve peeked through to see it had always been blurry.

Yesterday, it became a little clearer.

And I will never call it “favela” again. I will call it by its real name: community.