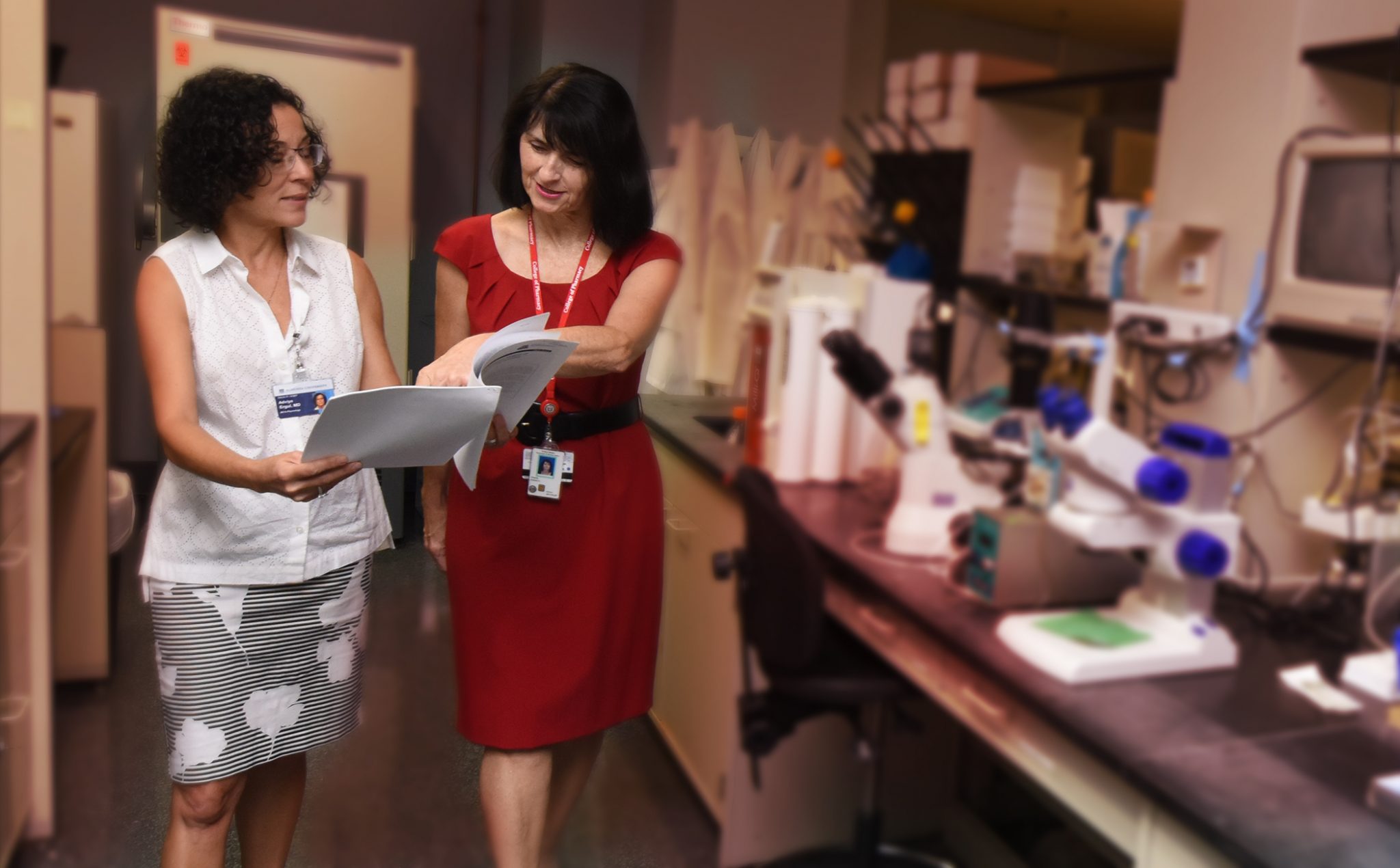 AUGUSTA, Ga. (April 20, 2018) – An experimental compound appears to improve stroke outcome by reducing the destructive inflammation that can continue months after a stroke, scientists report.

Rats consuming compound 21 following a clot-based stroke – the most common type in humans – don’t have a smaller stroke size but do have better memory and movement in its aftermath, says Dr. Adviye Ergul, vascular physiologist and Regents’ Professor in the Department of Physiology at the Medical College of Georgia at Augusta University.

“We don’t see acute neuroprotection, but it definitely affects long-term outcome,” says Ergul, a senior author on the study in the Journal of Cerebral Blood Flow and Metabolism. “We think it will help the recovery and, at this moment, we really have no drugs to do that.”

“Our evidence to date indicates that compound 21 helps directly address lingering inflammation and its destructive impact,” says Dr. Susan Fagan, assistant dean for the University of Georgia College of Pharmacy campus in Augusta, Albert W. Jowdy Professor and Director of the Center for Pharmacy and Experimental Therapeutics at MCG.

In preclinical studies designed more like clinical trials, relatively young and otherwise healthy rats were given a clot in the middle cerebral artery – a common site for big strokes in humans. They received different doses of compound 21 – known to stimulate the angiotensin type 2 receptor, which is thought to reduce inflammation and improve cell survival – for five days, with the first dose given three, six or 24 hours after stroke. Some rats also received the clot buster tPA, still the only medicine approved by the Food and Drug Administration for stroke, at either two or four hours post stroke and compound 21 at three hours.

Neither compound 21 alone or in concert with tPA reduced the size of the stroke, says Fagan, also a senior author of the study. In fact tPA was essentially ineffective in these studies. However rats that got compound 21 had less brain inflammation in the days following a stroke, performed better on cognitive tests and had better nerve and movement function.

The scientists think the compound not only inhibits bad things like inflammation and oxidative stress, but also stimulates good ones like brain derived neurotrophic factor, which is known to help ailing brain cells recover, and production of the blood vessel dilator nitric oxide.

The prevailing thought has been that increasing cognitive decline with time results from additional strokes, Ergul notes. But there is evidence that the first stroke alone can initiate a progressive and lasting inflammatory process that can continue to damage the brain for months or longer.

Today there are no prescribed therapies to tamp down this inflammation and damage, Fagan says of stroke, a leading cause of disability in the United Sates.

“More people are surviving stroke but often with consequences like cognitive deficits and impaired ability to function,” Ergul says.

But even the lowest dose of compound 21 given three hours after stroke resulted in significant improvement in these functions although, conversely,  no dose reduced the initial size of the stroke, which is typically determined after about three days. However in subsequent studies, the scientists found compound 21 dampened inflammation when given even 24 hours after stroke.

In their follow up studies, they are giving the compound as far as seven days out – as the stroke moves from the acute to the more chronic stage – ideally to help the immune response be more reparative.

The compound works by stimulating the angiotensin type 2 receptor, a cell receptor known to aid blood vessel dilation, minimize cell death, or apoptosis, and reduce inflammation. The type 2 receptor is expressed less in adults than its antithesis, angiotensin type 1 receptor, which typically mediates the more detrimental effects of the renin-angiotensin system, like high blood pressure and inflammation. In fact, drugs that block the angiotensin type 1 receptor on blood vessels, the heart and other tissues, are among the most prescribed drugs, primarily for high blood pressure and heart failure, she says.

“We thought that a drug that directly stimulated the angiotensin type 2 receptor – and could be taken by mouth – might work better and decided to look at compound 21,” Fagan says. Even high doses of compound 21, did not affect blood pressure, she and Ergul note, which is important because there is conflicting evidence on whether driving pressure up or down is bad following stroke.

In keeping with their desire for translatable findings, the scientists are now working to answer questions like will the results hold in female rats; only male rats were used in the published study to eliminate the stroke protection high estrogen provides. They also are looking at the compound in the face of existing diseases, like hypertension and diabetes, two major stroke risks, as well as increasing age.

Many stroke therapies that looked promising in the laboratory failed in humans, Ergul says, which has led groups like the National Institutes of Health to push for more rigor in study design and reproducibility of results in preclinical trials. Basically this means ensuring that laboratory studies mimic the clinical scenario as closely as possible. In the case of stroke, they suggest studies should include blinding results, so scientists don’t know which animals got which treatment, randomized enrollment of older animals and looking at the impact of tPA on whatever new therapy is being studies.  In the case of the MCG studies, even the stroke cause was more translatable: previous lab studies were in models where the event was caused by clamping or putting a balloon in a big artery in the brain rather than by an actual clot.

Dr. Tauheed Ishrat, associate professor in the Department of Anatomy and Neurobiology at the College of Medicine at the University of Tennessee Health Science Center in Memphis, is the study’s corresponding author. Ishrat was a research assistant scientist working with Fagan at the Augusta campus of the UGA College of Pharmacy when the research was done.

High cholesterol, smoking and obesity are other established risk factors for stroke, the fifth leading cause of death in the U.S., according to the Centers for Disease Control and Prevention.

The research was supported by the NIH and the Department of Veterans Affairs. Swedish biotech company VicorePharma supplied the compound 21. Clinical trials for the drug’s use in treating idiopathic pulmonary fibrosis are underway.