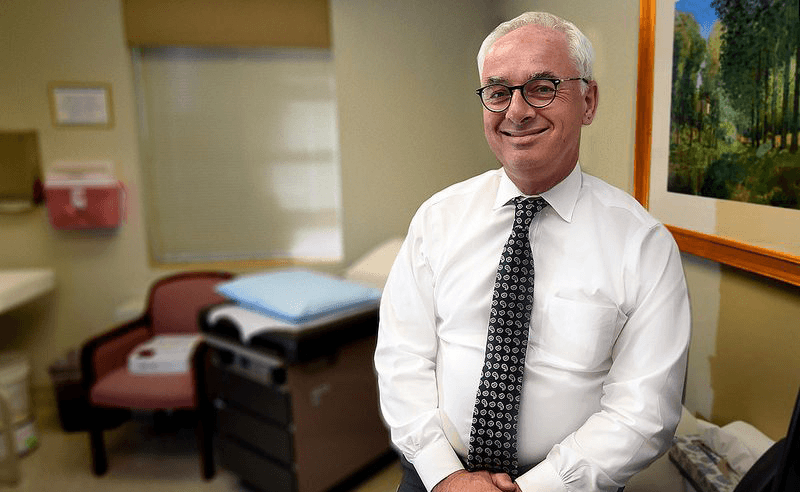 AUGUSTA, Ga. – While considerable advances have been made in understanding the biology and treatment of schizophrenia, patients and physicians continue to face tough challenges, says the 2015-16 winner of the University of Pennsylvania Edward A. Strecker, MD Award for outstanding contributions to the field of clinical psychiatry.

Dr. Peter F. Buckley, dean of the Medical College of Georgia at Augusta University whose interest in schizophrenia dates back to his medical school and psychiatry residency days in Ireland, is giving Penn Psychiatry Grand Rounds today as the newest recipient of the award honoring the late, longtime clinician, educator and researcher.

Strecker was a veteran of both World War I and II and consultant to President Franklin D. Roosevelt. The psychiatrist served as chief medical officer of the former psychiatric facility, the Institute of Pennsylvania Hospital; head of nervous and mental diseases at what is now Sidney Kimmel Medical College at Thomas Jefferson University in Philadelphia; chair of the University of Pennsylvania Department of Psychiatry; and the 1943 president of the American Psychiatric Association.

Buckley, a former psychiatry chair who as dean continues to do research and see patients, says challenges in schizophrenia include a dearth of treatment for cognitive impairment, poor adherence to drug regimens that quieten aberrant voices and high rates of relapse.

“The stakes are high, and the need is enormous,” Buckley said. “While we have made progress, we have so very much work still to do.”

Despite an unprecedented number of drugs that can help quieten the voices often associated with this condition, there is little help for cognitive impairment that can be even more disruptive to daily function, Buckley said. With relapse rates approaching 50 percent, even for patients taking their prescribed medication correctly, patients often find themselves in a vicious cycle that further weakens their recognition that they need to take their medication. And, while cancer research is leading the way in understanding the contributing cell biology, dissecting the diseases broadly classified as cancer and devising targeted therapies against them, similar progress in schizophrenia is slower and complicated by symptom overlap between schizophrenia and mood disorders, Buckley said.

However, the continued unrelenting diligence by physician-scientists and basic scientists in the field and increased federal and private support for their pursuits will brighten the future for patients with this condition that typically surfaces in early adulthood and affects about 1 percent of the population, he said.

On the horizon, as examples, are anti-inflammatory drugs that may ultimately improve cognitive function and the pursuit of biomarkers to better diagnose and follow the disease course.

Schizophrenia causes patients to hear voices, even see, touch and taste things that are not real, and experience significant cognitive impairment. Patients can become depressed, reclusive and suicidal; have an increased risk of cardiovascular and other health conditions; and die on average 15-20 years younger than the general population. While it may run in families, scientists believe no single gene is causative, rather that many contribute. Patients have slightly smaller brains, and brain imaging studies show increased activity in the hippocampus, a center of learning and memory, when patients are hearing voices. The relapse rate is about 80 percent within two years in patients who don’t take their medication properly, according to the National Institute of Mental Health.

About a dozen antipsychotics, such as risperidone and clozapine, typically given by mouth, are likely best at silencing the voices but essentially do nothing for cognitive problems, Buckley said. In fact, physician-scientists have tried a whole class of Alzheimer’s drugs in schizophrenia that also were not effective, and while more targeted studies continue, the jury is still out, he noted. They also are studying different approaches to interrupting the vicious noncompliance-then- relapse and vice versa cycles of many patients.

Buckley was part of a national study comparing tablet to long-acting injectable versions of some of the antipsychotics to see if they could reduce relapse rates. Although symptoms seemed slightly better controlled with the injectable medications, ultimately the studies found essentially no difference in the two groups’ relapse rates, although researchers suspected the increased medical attention given both study arms, which would not be reproducible in routine care, ultimately reduced relapse rates for both groups.

Targeted mental workouts, or cognitive remediation, to help correct developmental failures in the brains of these patients, is another area of investigation. Buckley likens the game-like modules to a brain treadmill. While a smaller, earlier study showed some benefit, the larger, multisite study showed the approach was no more effective than other commercially available brain-training video games. Still the work adds insight in a much-needed area, he said.

“The reason beyond all that is obviously important is that you can be hearing voices and still be able to work, but if you can’t remember where your car keys are, you can’t drive to work and you are late and you lose your job. So cognition is a stronger predictor of functioning than the more obvious features of hearing voices and seeing things,” Buckley said.

Newer directions include the appreciation for the role of inflammation in schizophrenia, including learning and memory problems, that has led to studies of targeted anti-inflammatories that can reduce classically high levels of this natural immune response in areas such as the hippocampus.

For example, Dr. Brian Miller, also a psychiatrist and schizophrenia expert at MCG, has led many major studies providing evidence that higher blood levels of the pro-inflammatory cytokine IL-6 is a significant predictor of greater cognitive impairment. A small study of a drug that targets the IL-6 receptor, yielded improvements in cognition and Miller is leading a study of a new drug that directly targets IL-6 that he hopes will yield even more patient benefit.

In the ongoing search for biomarkers, Buckley doubts that any one marker will be predictive in this complex disease, any more than any single treatment will be effective. “That is what we are grappling with, trying to see if we can put together some cluster of measures knowing that no one measure will tell the story,” said Buckley, who also discussed the pursuit of biomarkers this week during the keynote international session of the Royal College of Psychiatrists at the American Psychiatric Association 169th Annual Meeting in Atlanta.

His collaborative studies with neuroscientist Dr. Anilkumar R. Pillai have investigated one seemingly logical candidate. Low levels of brain-derived neurotrophic factor, which is important to brain function and can be measured in the blood, have been found in patients with schizophrenia and associated with relapsing bipolar disease and depression. But thorough tracking showed that still lower levels of BDNF do not correlate with schizophrenia relapse.

New super-sophisticated approaches being led by investigators such as Dr. Carol Tamminga, chair of the Department of Psychiatry and chief of the Translational Neuroscience Division in Schizophrenia at University of Texas Southwestern Medical School in Dallas, are focusing on biology rather than symptoms. They are looking at the so-called biotypes of psychotic conditions such as schizophrenia and bipolar disorder, in studies that may ultimately provide diagnostic biomarkers and additional insight into how these conditions are similar and different.

About a quarter of people who develop schizophrenia do so before they are 18 and about the same percentage will “grow out” of their disease in adulthood. Buckley has had patients show dramatic improvements over the long term but it’s hard to dissect if it’s spontaneous or the cumulative effect of treatment, he said.

Buckley is a member of the Executive Committee of the International Congress on Schizophrenia and was a longtime advisory board member for the congress. He is also a member of the Election Committee of the Schizophrenia International Research Society. He is a member of the Scientific Council of the National Alliance on Mental Illness. He is senior author of a postgraduate textbook of psychiatry and has also authored or edited 16 books on schizophrenia and related topics in psychiatry. He has chaired numerous National Institutes of Health Special Emphasis Panels, including a 2016 group on Early Psychosis Intervention.

The American Psychiatric Association honored Buckley with the Kempf Fund Award for Psychobiological Research and Mentorship in Schizophrenia in 2014 and the Presidential Commendation for Leadership Accomplishments in 2013. He received the 2011 Wayne Fenton Award for Exceptional Clinical Care from the Schizophrenia Bulletin. He was the inaugural chair of the National Institutes of Health’s Interventions Committee for Schizophrenia Spectrum Disorders, Personality Disorders and Disorders of Late Life. He is editor of the journal Clinical Schizophrenia & Related Psychoses and was the inaugural editor of the Journal of Dual Diagnosis. He is interim executive vice president for health affairs at Augusta University and interim CEO of AU Medical Center and AU Medical Associates. 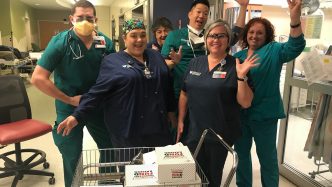 Thank you to #OurAUHeroes donors

What mothers-to-be need to know about COVID-19