Following the tragic events of September 11, the Georgia Hospital Association convened a group to explore gaps in emergency preparedness. The group recognized a disaster event may create a need for patient evacuation or transfer. Such an event could also create a lack of staff, equipment, supplies, or other essential services. As a result, the GHA Board of Directors recommended all hospitals in Georgia enter into a Mutual Aid Compact.

In 2002, the Mutual Aid Task Force determined a regional hospital system was needed to most effectively accomplish the objectives of the MAC and created Regional Coordinating Hospitals. Under this system, all Georgia hospitals are connected by contract in a network of regions that serve the people during times of disaster.

An RCH is a hospital that has contracted to assist other hospitals and coalition partners in its region through coordination of patient transfers and coordination of shared personnel, equipment, and other essential resources or services during a disaster or evacuation.

Georgia Regents Medical Center and its affiliates are in Region G, which consists of hospitals and health care facilities within a 12-county area of the Central Savannah River Area. GRMC was selected as this Region’s Regional Coordinating Hospital. Over the past two years, the RCH has been instrumental in forming a health care coalition. Representatives of all health care facilities of the Region meet on a quarterly basis to discuss, plan, and organize for disasters and how to best serve the people of the region during times of disaster. The coalition and region are led by Joe Webber, staff member of the Critical Event Preparedness and Response department at Georgia Regents University. Under his guidance, several positive steps have been taken for community preparedness.

A Mass Fatalities Plan now exists for this region that outlines how the hospitals and other facilities will respond should a disaster result in a large number of fatalities. This plan includes cooperation and actions by both the county coroners and Public Health. Region G was one of the first in Georgia to create such a plan.

Another result of the Region G network has been the creation of an Evacuation Plan. This plan identifies methodology for the evacuation of a single hospital or hospitals and assures there will be facilities available to receive patients. It also provides plans for the sharing of staff and equipment between these facilities.

These are just examples of the many ways the Region G coalition can create positive plans for the benefit of its population during times of disaster. Webber and the coalition members will be studying needs of the region in the coming months to formulate other plans.

Plans cannot be carried out without the proper equipment, and this has been another positive area of Region G planning. Over the years, the Region has ordered equipment identified by its partner facilities, utilizing federal grant funds awarded yearly, in order to assure the region is well stocked and has needed supplies. Following last year’s ice storms, for example, the need for sleeping cots in hospitals was identified. We now have over 200 such cots in a regional cache, which can be used by any hospital or facility in need. Likewise, the Region has ordered ventilators, ham radios, and other necessary equipment.

Augusta University Health leads in the fight against COVID-19

CEPaR’s COVID-19 guidance while on campus 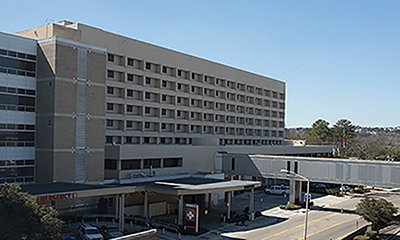