Cadets rank best in the nation 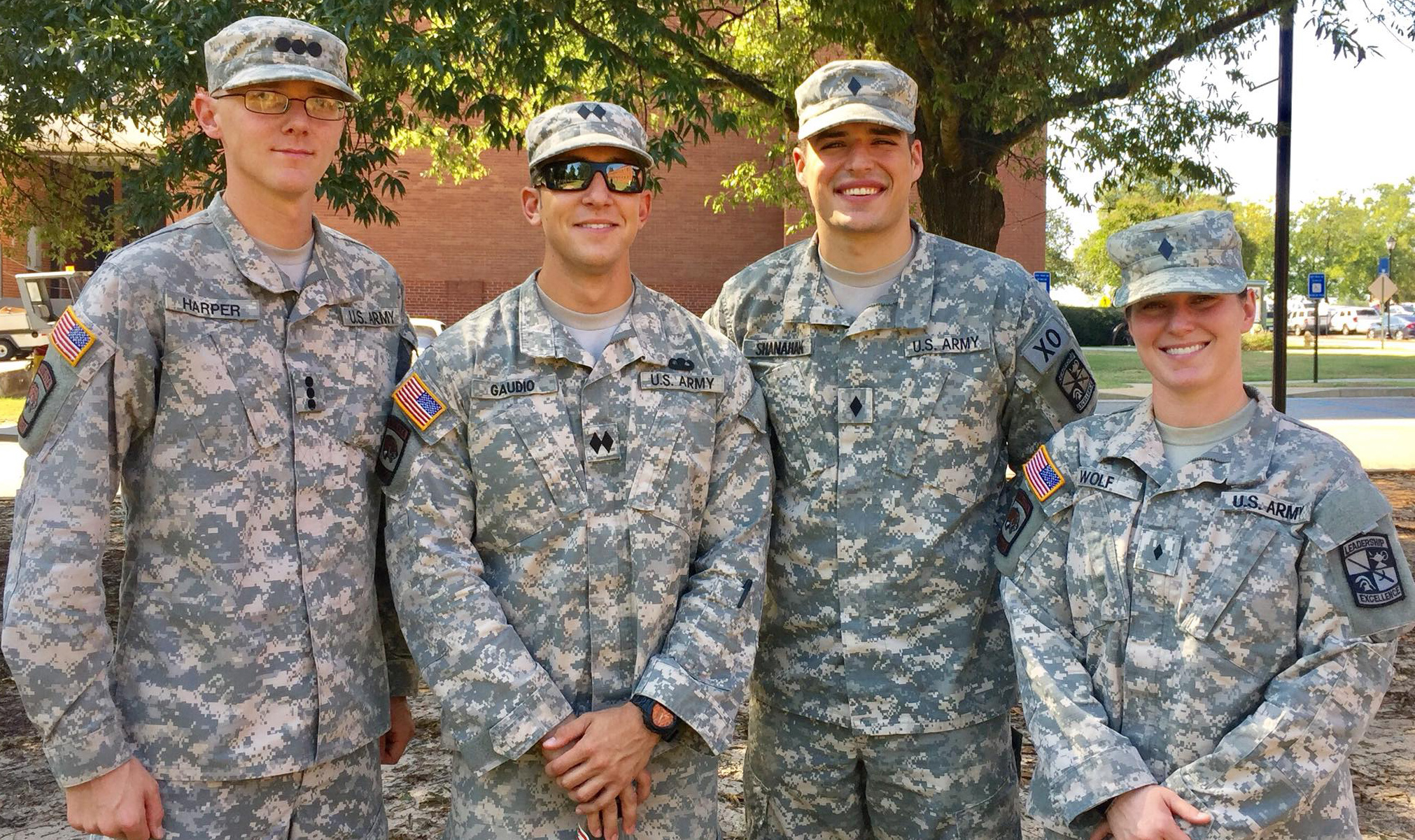 The order-of-merit list is compiled based on several criteria, including grade point average, performance on the Army Physical Fitness Test, college athletic participation, and performance during college ROTC training and Advanced Camp at Fort Knox.

Major Danielle Rodondi, chair of the Department of Military Science at Augusta University, says this accomplishment is a true testament to the caliber of ROTC training offered at the institution.

“These rankings are a reflection of the hard work of our students and instructors, and I know these cadets will go on to do great things in their military careers,” said Rodondi.

Wolf and Shanahan were among those named best in the nation and attribute their success to the department’s rigorous curriculum and the instructors’ support.

“I feel very honored to be ranked within the top ten percent of all cadets across the nation and this has always been a goal that I have had since I joined the ROTC program here at Augusta,” said Wolf. “I certainly could not have achieved this without the help of my military leadership as well as my professors at Augusta University.”

“I always wanted to lead people and soldiers, and Augusta University was the best place to start my journey of becoming a military leader,” said Shanahan. “I am very thankful for our programs because, without their leadership, we wouldn’t have been as strong as we are today.”

Augusta University’s ROTC cadets are scheduled to be commissioned in 2018.