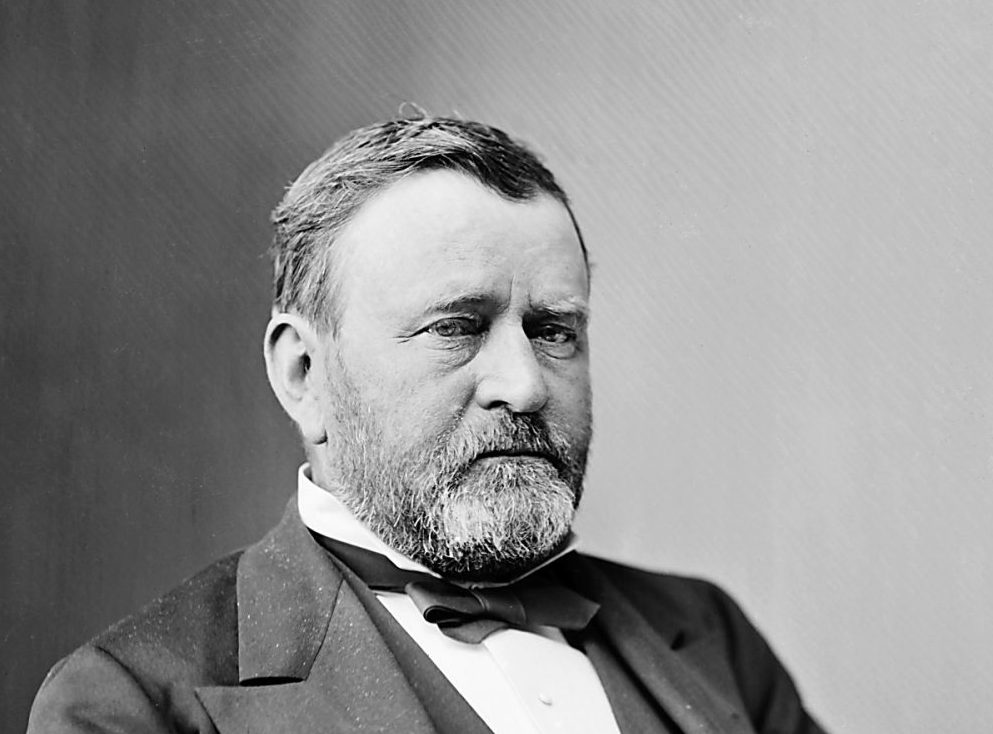 Bulla was a member of a panel called, “Presidents and the Press,” which was part of the 28th Symposium on the 19th Century Press, the Civil War, and Free Expression.

The conference, hosted by Professor David Sachsman, is sponsored by the University of Tennessee at Chattanooga. The conference was held virtually in November 2020.

“We knew going into the conference that some of the panel presentations might end up on C-SPAN3,” Bulla said. “Dr. Sachsman asked us to dress appropriately, even though we were all delivering our papers from home. I tried to work on some things in my presentation that I learned from Drew Dawson, who is teaching a pair of podcasting classes for us now at AU.”

Bulla discussed how American and British newspapers covered Grant’s tour, which came on the heels of the closest presidential election in U.S. history — the 1876 Electoral College vote of 185-184 in favor of Republican Rutherford B. Hayes of Ohio over Democrat Samuel J. Tilden of New York.

“Grant had saved up money from his years as president, and his wife Julia and a son had made some money on land deals, so the ex-president decided to take a long-planned tour of Europe,” Bulla said. “It ultimately became a tour of the world and would take two and a half years. He was received well everywhere except in Ireland, where one town council refused to give him an honorary welcome because of a speech he had made in Des Moines, Iowa, in which he opposed public funding of Catholic schools.”

Bulla looked at how the press in the two nations covered the tour and he found some differences.

“The British newspaper were more likely to refer to him as General Grant, while American papers called him ex-president Grant,” Bulla said. “Also, the American press tended to see his positive reception from the queen and various city governments as an indication of the United States’ improved standing the world after its first centennial. The British press saw Grant as a great liberator of the slaves and focused on the relationship between the two countries — how much they had in common, but usually with a sense that Great Britain was the big brother.”

His presentation also focused on the work of James Russell Young, a reporter for the New York Herald who accompanied the Grants on their world tour. Young turned his Herald stories into a book titled “Around the World with General Grant.”

“I was very excited to find out that our Reese Library had Young’s two-volume set of ‘Around the World,’ and that alone speaks to the importance of the trip and Young’s coverage,” Bulla said. “As Dr. Sachsman noted, Grant probably could claim to be one of the most famous men in the world at the time — right up there with Charles Dickens and Charles Darwin — and Young was there to capture the whole trip.”

After Grant’s world tour, he came home and ran for president in 1880. Although he was the front-runner going into the Republican National Convention in Chicago, Grant lost on the 36th ballot to James A. Garfield, another Civil War hero but not of Grant’s stature. Grant led after every single ballot, except the last one. It was a stunning reversal, but Young had predicted Grant would not win.

Bulla served on the UTC panel with Jack Breslin of Iona College in New York and Bill Huntzicker of St. Cloud State University in Minnesota. Breslin’s talk was titled “Civil War Generals for President: Impact of Military Heroism on Elections of Rutherford B. Hayes and James A. Garfield — 1876 and 1880” and Huntzicker’s was titled “His Accidency: President John Tyler’s Image.”

C-SPAN3 carried two other panels from the 2020 symposium: “Framing the Soldier’s Experience” and “Newspaper Coverage of Epidemics.”

Sachsman, the West Chair of Excellence at UTC, has worked with C-SPAN3 before. He presented on C-SPAN3 in 2013 on a book that Bulla and Sachsman edited, “Sensationalism: Murder, Mayhem, Mudslinging, Scandals, and Disasters in 19th-Century Reporting.”

Bulla has been attending the UTC conference since 2003 and was given the Hazel Dicken-Garcia Award for Distinguished Scholarship in Journalism History at the latest conference. Dicken-Garcia, who taught at the University of Minnesota, was a perennial presenter at the symposium and mentored a whole generation of journalism historians.

Watch the segment on C-SPAN3.