Augusta University lecturer Adam Diehl in the Department of English and World Languages is an expert in hip-hop culture, lyrical analysis, rap as a form of literature and specifically, the works of Kendrick Lamar.

Recently, Diehl gave an interview to update us on what’s new in hip-hop as Lamar releases his highly anticipated new album.

How has the hip-hop music scene changed over the last five years?

The hip-hop music scene has changed faster than any other genre the last five years. Whereas country still uses radio play and music videos to gauge success (along with album sales and streaming numbers), and rock uses touring to supplement and offset recording costs, pop and hip-hop have a great advantage in that they can raise people to stardom almost overnight.

In fact, several of the biggest pop stars like Billie Eilish and Post Malone made their rapid ascents through the same channel many of the top hip-hop stars did: SoundCloud. Because this platform allowed new artists the chance to put their music alongside heavyweights, it democratized the listening process.

How has the economy of music changed?

Most people under 20 don’t own any CDs.

What money these kids don’t spend on music can now go to a modern cultural institution: the music festival. Increasingly, cities are hosting these previously camping-required concerts, which has been a particular advantage for hip-hop artists, who don’t need roadies or sometimes even other people on stage. All they need is a set list with six to 10 catchy songs, an entrancing light show, a DJ/engineer and a strong stage presence, and they can captivate the audience as easily as some of the all-time greats of any genre.

Going forward, the music industry is going to be about return on investment. Instead of developing artists over a five-year period and then letting them blossom for two to three decades, they are looking for someone to explode in popularity instantly, stay in the spotlight and public consciousness consistently for three to five years, and then maybe stick around.

TikTok is, in many ways, analogous to this career arc: the videos are short, the makers are — to some extent — largely forgettable, and the popularity relies heavily on a hook. It’s no surprise that hip-hop has been the most adopted genre by TikTokers: the genre has been more effective than any other in terms of codifying catch phrases. And that’s what TikTok is going for: something to hook viewers into watching more.

Did the Super Bowl appearance by hip-hop artists take the genre to a whole new level as far as mainstream music?

If the Super Bowl halftime show in 2022 did anything, it showed that rap and hip-hop are now as household friendly as rock, country and pop. Perhaps because so many best-selling rock acts had already played the halftime show, and perhaps because the pop acts of recent years had failed to maintain the public’s attention, the 2022 halftime show featured one of hip-hop’s founding fathers: Dr. Dre. His menagerie of artists’ careers stretched over 30 years, and the time constraints of the show made hip-hop the ideal soundtrack. In a 13-minute set, six performers all got their moment in the California sun, and the mega-mix model so often used in clubs was perfect to segue from artist to artist.

What 30 to 35 years ago was “parental advisory” is now the music that parents listen to. The target demo of the Super Bowl would’ve thought someone like Simon & Garfunkel or The Eagles much more risky picks than Dr. Dre & Co., even if their music was more family friendly. Many casual music fans thought Kendrick Lamar was the head-scratcher because of his shorter tenure in the spotlight, but the younger generations watching were much more interested in what Kendrick did than ‘old heads’ like Snoop Dogg and Mary J. Blige.

Lamar recently released a new album. Was it overdue?

The new Kendrick Lamar album Mr. Morale & The Big Steppers comes right on time: it is the definitive COVID album. If he had released in spring/summer 2020 when he originally intended (i.e. if the early March 2020 [rollout of his media company] pgLang was foreshadowing his record release), this would be a substantially different work of art. Instead, the project voices what so many people have endured in the pandemic: domestic turmoil.

The tracks cover a vast array of topics — from vaccinations to transgenderism to cancel culture — but the unifying theme is therapy. As much emphasis as physical health got over the past two years, the pandemic was arguably just as bad if not worse for people’s mental health. Accordingly, this album goes into dark valleys in Kendrick’s and his family’s trials and traumas: child abuse, sex addiction, separation/divorce, deaths, etc. In the two years that society has been persevering through the pandemic, countless marriages and millions of lives have been shaken to their cores.

Why do some consider Lamar the most influential rapper of our generation?

Kendrick Lamar only has two real rivals for most influential rapper of the generation: Kanye West and Drake.

Although Kanye is 10 years older, his career overlaps to a large degree with Kendrick’s. Kanye’s influence certainly comes more in the production of songs than in lyrical delivery, but his subject matter has been very contagious. Kendrick’s mentioning of a Birkin bag in N95 would never have happened if not for Kanye’s lyrical (and career) forays into high fashion. Drake, on the other hand, is probably the rapper most influenced by Kanye, who went on to influence the most artists.

Without Drake, many rappers wouldn’t have had the blueprint for being singers as well as MCs. What Kendrick brings to the conversation is, in a way, more elusive; however, he without a doubt has raised the bar for lyrical delivery and flow, such that rappers have a better chance at success if they are comically basic than if they are merely competent. It’s as if Kendrick took Eminem’s velocity and used it to speak on bigger picture issues.

Kendrick has also proven to be a fashion-forward rapper, collaborating with Reebok, Nike and Converse over the last few years. His influence might be most prominent in the ‘realness’ of his lyrics: without Kendrick’s ‘everyday life music,’ the emergence and popularization of SoundCloud rap might have been significantly limited. Instead, he uses Kodak Black — one of the most successful of all SoundCloud-era rappers — on Mr. Morale & the Big Steppers.

If Kendrick isn’t the most influential rapper of his generation, it’s because his ambition and execution have placed him with the all-time greats, and oftentimes that puts artists at odds with their contemporaries. In 100 years, people won’t remember some big acts because popularity wears off, but they will still celebrate Kendrick because his work is excellent. 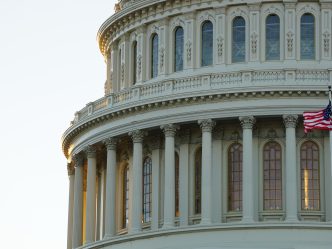