A study in terror: Civil liberties under fire 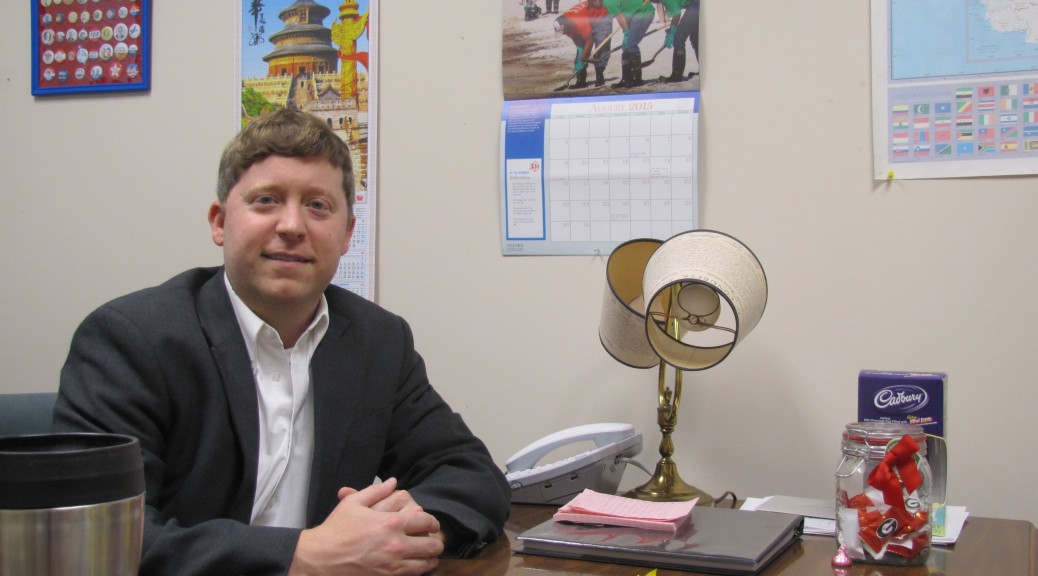 At face value, there’s nothing outwardly menacing about the number 13,463. In fact, in a world obsessed with billions, it seems like an almost paltry sum. Petite. Quaint.

Last year, the U.S. State Department reported there were at least 13, 463 terrorist attacks worldwide in 2014. The report also claimed that the number of fatalities as a result of terrorism had risen more than 80 percent from 2013. Does the number still seem small?

As both political parties gear up for yet another election cycle, the spirit of democracy is once again fresh in the minds of many Americans. Unfortunately, that same spirit comes under threat from violent agents, both foreign and domestic, far too often in the new millennium.

Dr. Lance Hunter, an assistant professor in the Department of Political Science, is something of an expert on the subject of organized terrorism.

Recently, his article “Terrorism, Civil Liberties, and Political Rights: A Cross-National Analysis” was accepted for publication in the Jan. 2016 edition of Studies in Conflict and Terrorism, a leading journal in the field of terrorism study and analysis.

Hunter’s article will focus on how terrorist activity threatens the civil liberties of modern democracies, and the answers, while surprising, are still frightening.

“More consolidated democracies tend to rally around a constitution,” Hunter explained. “They tended to show a stronger dedication to maintaining civil liberties than less consolidated states.”

In fact, Hunter said the freest nations tended to see an increase in civil liberties in the wake of terrorist attacks.

“I think after an attack, people in those nations realize their civil liberties are under attack,” he said. “In a sense, because of their awareness, that attack has the opposite effect, and they end up with an even greater level of freedom.”

But not all nations are so lucky.

Safety and security rank as two of the highest qualities in an individual’s life. That’s no secret: People yearn to feel protected. Unfortunately, that protection often comes at a terrible price.

“Less consolidated democracies tended to have a more reactive response to terrorist attacks,” Hunter said. “In those places, there was a definite hit to civil liberties.”

Some of the most prominent civil liberties affected by terrorism are the right to due process and freedom of speech, aspects of a democracy that many consider crucial to its success.

“In the wake of a major terrorist attack, you might see certain rights disappear for a time,” said Hunter. “One of the first is the right to see a judge. Sometimes, opportunistic political leaders see attacks as ways of solidifying their power, and in those cases, the entire power structure of a democracy suffers for it.”

But in the end, though civil liberties suffer in certain countries, Hunter believes the institution of democracy as a whole will carry on.

“Democracy is crucial because it provides more stability,” he said. “Especially in times of change. Authoritarian governments might provide short-term safety, but in the long run, when it comes time for power to change hands, it almost never happens without violence. ”

Hunter believes debate and conversation are invaluable to the process of preserving democracy.

“People mention the Patriot Act as a lessening of civil liberties in the United States,” he said. “But as we saw in the Republican Primary, in the debate between Sen. Rand Paul and Gov. Chris Christie, we’re still having that conversation. We’re still debating its merits.. That’s an undeniably good thing.”

“With the rise of ISIS, this paper could not have been more timely,” said Albert. “It is an age old question: how to balance the concepts of security and liberty. Dr. Hunter’s is a piece that answers this both theoretically and practically, and will contribute to Security Studies for decades to come.”

In terms of credibility in the field of political science and security studies, Albert said Hunter’s achievement was beyond noteworthy.

“It is rare to have a publication that merits respect from both theorists and policy makers,” he said. “This does both.”

Written by Nick Garrett
White Coat Ceremony prepares nursing students for journey of a lifetime
FacebookTwitterPinterestWhatsApp
Wish you were here: Business in Cuba