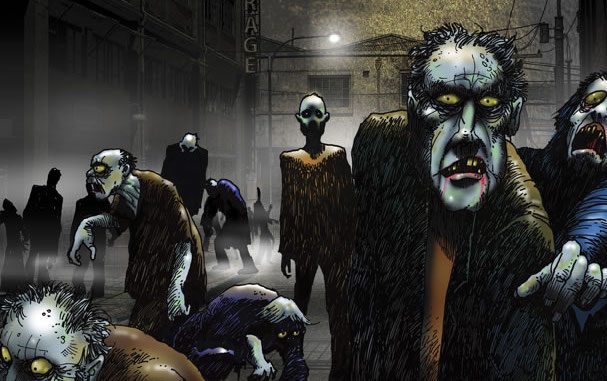 If zombies attacked the world, what would you do?

About 140 middle school students will face the challenge of trying to prevent the entire human race from turning into vicious, flesh-craving zombies at Augusta University’s sixth annual Junior Model United Nations program on Wednesday, March 4, at the Georgia Cyber Center.

The purpose of the Junior Model United Nations program at Augusta University is to introduce middle school students to global challenges and allow them to learn about the culture and politics of other countries, said Nadia Jilani-Hyler, a lecturer in political science at Augusta University and director of the program.

“I’m a big fan of the zombie genre, as is my predecessor, Dr. Craig Albert, who did this program before me, so together we came up with the idea of doing a zombie theme,” Jilani-Hyler said. “It’s fun for students and it adds an element of creativity to the process, but there’s also a lot of real-life factors that they’re going to have to think about.”

After all, the middle school students will have to address the zombie pandemic much like the current coronavirus outbreak across the globe, Jilani-Hyler said.

“Everybody is talking about the threat of the coronavirus right now, so at the Junior Model United Nations program, we’re talking about our own made-up pandemic,” she said. “We will look at, what is a pandemic? And students are going to have to understand what this is and how different countries go about trying to stop the spread.”

The idea of a zombie pandemic simply mixes a little extra drama into the scenario, Jilani-Hyler said.

“When you add the threat of zombies attacking, then you have to worry about, ‘How are we going to protect our national security, as well?’” she said. “So, it’s not just protecting from an illness, but also protecting your citizens from a very deadly invasion of zombies.”

Jilani-Hyler is also the program director for the National Model United Nations program for college students at Augusta University. Through realistic simulations of the United Nations, students in her class address global concerns by taking the stance of a specific government and participating in negotiations with students from more than 70 countries.

“Our students, at the college level, take the class here in Augusta and then they travel to a conference in New York at the United Nations building,” Jilani-Hyler said. “Students, from around the world descend on New York to run this simulated United Nations meeting.”

As part of the class, the Augusta University students help organize and run the Junior Model United Nations program each year.

“Our students are the ones that create the materials for what’s going to happen at the Junior Model United Nations program,” Jilani-Hyler said. “They’ve written the draft resolutions and they’ve come up with the scenarios and they’ll be running the simulations, as well. So, they’ll be serving as the secretary general and the chairs of the different committees.”

“I remember I was Jordan one year and Mozambique the other year. And the year I was Jordan, we practically started World War III in our breakout session,” Bennett said, laughing. “So, it is really exciting for the students when they don’t know what’s coming. And for these middle school students to have a zombie attack will be so much fun. I am really excited to see their expressions and feel the emotions coming from the kids once they realize what’s happening.”

“I have always been a huge fan of zombies, just like Dr. (Craig) Albert,” Rutland said. “So, I am really excited to see how the middle school students will react to that kind of scenario. I think they are going to love it.”

During the Junior Model United Nations program from 9 a.m. to 5 p.m. March 4, participants from 10 middle schools in Georgia will assume the perspective of a diplomat from a “UN Member State” and represent their position in the day-long simulation, Jilani-Hyler said.

“We have 10 schools this year and each school has a certain number of delegations and each delegation represents a different country in the United Nations,” Jilani-Hyler said. “So, the students will have to research their own countries a little bit. They have to figure out what their country’s response might be to a pandemic like this.

“For example, if you’re a democracy, you might consider the human rights aspects of the situation. But, if you’re a non-democracy, then you could decide to just shut down movement or tell people that they have no choice, but to leave.”

The Junior Model United Nations program will also include a security council and a cyber breakout session, which is new this year, Jilani-Hyler said.

“The security council and the cyber breakout session are what we call crisis scenarios or crisis councils,” she said. “They’re dealing with a very specific issue that is emerging in real time in our pretend simulation. In those groups, we do tend to throw some curveballs at them about halfway through the day with an update on the issue that they’re dealing with. That adds a little excitement to the scenario.”

Brookyln Zwinklis, a junior majoring in biology, said she took the National Model United Nations class at Augusta University to try something new after a classmate recommended the course.

“I knew it would be a lot of fun and something different for me,” Zwinklis said. “And I’m really looking forward to the Junior Model United Nations program this week because I think it’s a great way to keep young people engaged in what’s going on in the world, but in a fun and unique way.” 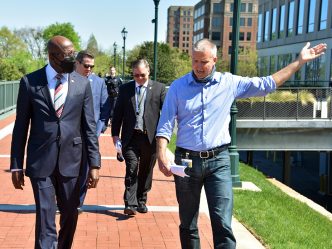