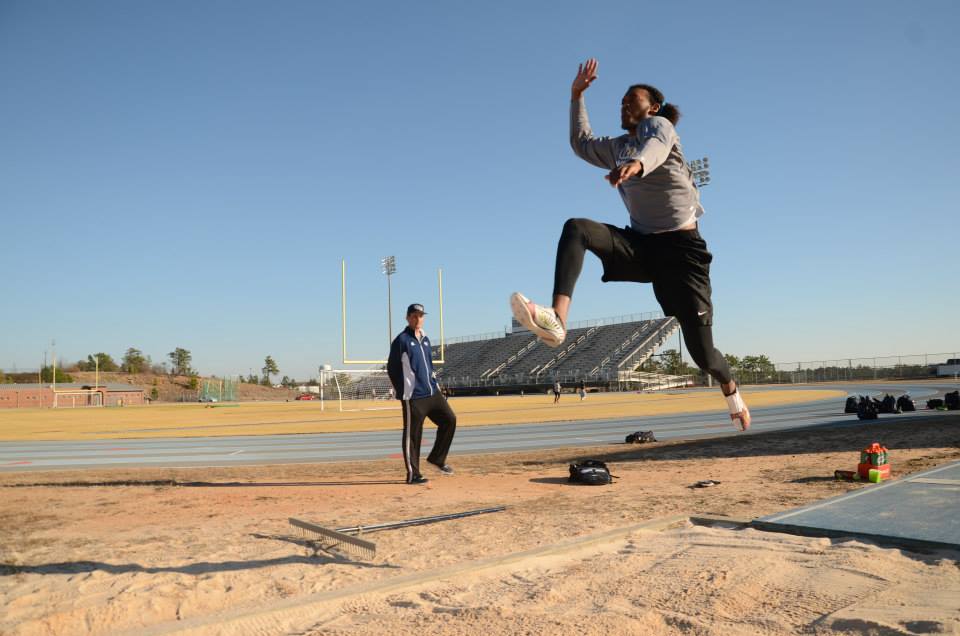 The GRU Augusta men’s and women’s outdoor track and field teams compete at the 2015 Peach Belt Conference Championships on April 16-18 at the University of Montevallo Track and Field Facility in Montevallo, Ala.

Hosted by the Montevallo Falcons, the 2015 PBC Championships begin at 10:30 a.m. on Thursday, April 16 with combined events and followed by field events and track events. The awards ceremony is scheduled for 3:30 p.m. on Saturday, April 18 at the conclusion of competition.

The GRU women finished in the top 10 in all six regular-season meets this year – highlighted by a first-place finish at the Savannah State Eye Opener. The ladies posted three to the PBC All-Academic team, while the men saw three make the list

The No. 28 Jaguar men have competed in six team meets in the regular season so far and they have finished in the top 10 in every single one. They also have a No. 28 national ranking according to the United States Track and Field Cross Country Coaches Association (USTFCCCA).