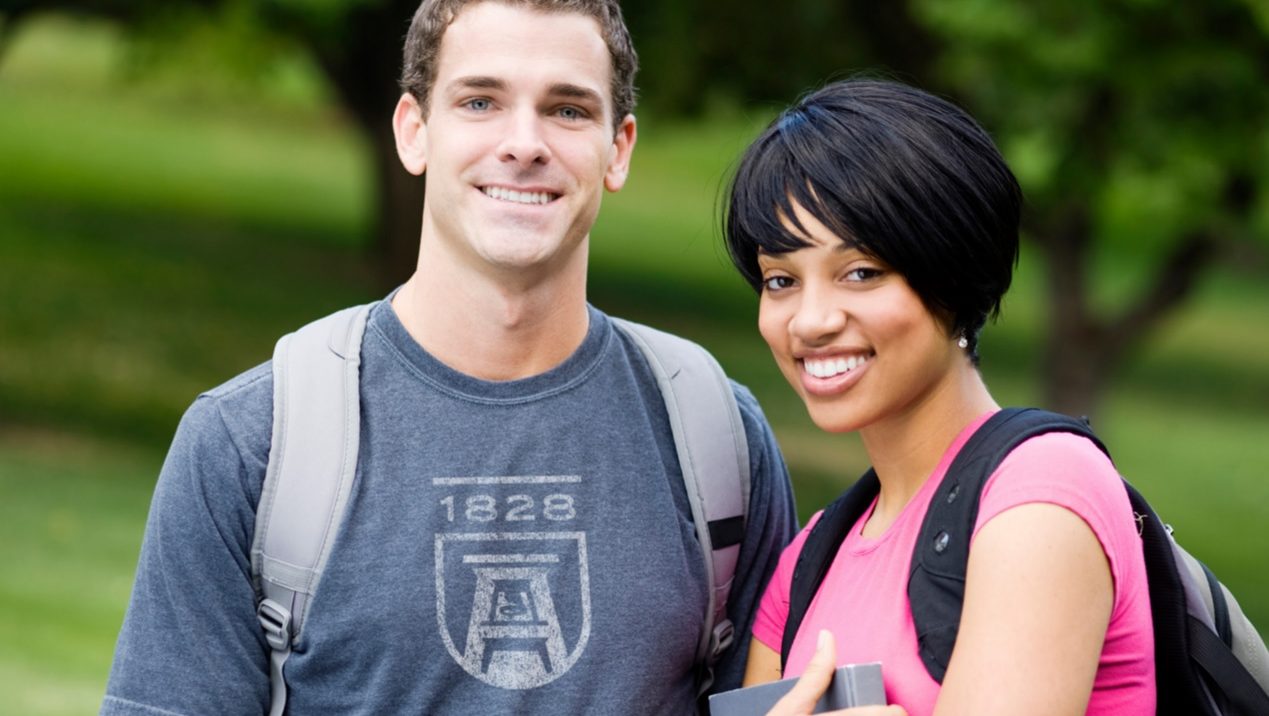 After months of preparation, thousands of survey results, hundreds of meetings and different designs, Augusta University now has a visual identity.

Today, 1,000 brand starter kits are being distributed across the institution, and faculty, staff and students will have the opportunity to both purchase newly branded items at the two JagStores as well as exchange legacy branded merchandise for the first Augusta University T-shirts at Swag Stops located on both campuses.

It’s been quite an effort to get here, but those involved are enthusiastic about the results.

“It’s important to have a suite of marks that can represent the different facets of the different initiatives of the organization,” said Jack Evans, vice president of communications and marketing. “We have an academic health center, we have an athletics program – we have so many different things, and we wanted to bring people together and do it in a way that was both symbolic and meaningful.”

Not only was it challenging to develop, it covered a lot of ground.

“One of the things that the community doesn’t necessarily understand is that a rebrand of this size is a system and not a logo design,” said Daniel Stewart, studio director at Wier/Stewart, the Augusta firm hired to create Augusta University’s new brand identity. “The university didn’t just get a logo, it got an entire system.”

Using a monolithic approach, that system serves as the visual identity for everything under the Augusta University umbrella, including the health system and satellite campuses. It’s a comprehensive, unifying approach that creates stronger brand awareness for everyone.

“We wanted a monolithic branding strategy so that the world would know that, whether you were interfacing with our Philosophy Department or visiting one of our clinics or attending one of our performances, you were engaging with an organization that was excellent, that was outstanding and was all part of Augusta University,” said Dr. Karla Leeper, executive vice president of strategic communication and chief marketing officer.

However, because most community members have never considered the importance of having one voice, one look and one feel, Stewart said it’s easy to overlook the way the system integrates everything under one overall brand.

Though the University of Georgia and Georgia Tech are probably the two outside universities most readily identified by community members, neither of these schools includes a health system, so Stewart and his designers extended their survey of schools to include places like Vanderbilt and the University of Miami for context, building a chart of the schools and their different marks.

“We used this grid as we were building things to make sure our stuff was appropriate,” said Account Executive Samantha Mellinger. “If it didn’t stick out, we knew we were on the right track.”

To check their work on the university seal, for example, they went even more extreme, putting the seal on a chart with 40 other university seals. Even those who worked on it couldn’t find it.

But that’s just at first glance. On closer inspection, the seal, which appears on diplomas and other official academic documents, is a unique celebration of Augusta University’s diverse heritage, with a torch representing education, research and healing, oak leaves representing Summerville’s Arsenal Oak, and the columns and pediment of the Old Medical College representing the Health Sciences Campus, all enclosed in the marks of the Summerville sundial, which stand for the university’s history, progress and potential.

While the seal was the perfect place to combine the different aspects of the two institutions, the shield needed to be an inclusive image, since it represents the colleges, clinical assets and institutions. Given the fact that there was no one thing that was immediately recognizable as representing all campuses, coming up with an icon that represented everything was difficult.

Something that did unite the two campuses, however, was the idea of bells. Ringing bells has traditions on both campuses – historically, the Summerville bell would ring at times of significance, and on the Health Sciences Campus, bells are rung when babies are born at the medical center and when patients finish their last round of chemotherapy at the Cancer Center. The designers expanded on that idea by incorporating architectural cues from the Augusta community into an A-frame bell tower in a U-shaped shield. Augusta University.

“We thought the clarion call of the bell could bring everyone together in a way that reflected the city,” Evans said.

To further expound on this idea, a bell tower could be constructed on the Health Sciences Campus so that the bells on both campuses can ring simultaneously at graduation and on other special occasions.

The system approach is further emphasized by the new look of the typography that, while unified at the institutional level, breaks off into other fonts for other uses. Clinical communications, for example, will utilize a sans serif font, while Athletics will use the dynamic Forza typeface for its communications.

The athletic wordmark, which highlights the one-word Augusta brand, is actually a custom type called Roar that’s based on the angles of the victory A.

“You don’t have as many parameters when you create spirit marks, other than coming up with a simplified logo design that hasn’t been done before,” Stewart said with a smile. “But man – there are a lot of A’s out there.”

Specifically, the victory A was developed following the idea that it had to be appropriate for a college town.

“Augusta is a college town,” Evans said. “That was sort of the design mantra. The Communications and Marketing team and our consultants all carried that with us. We wanted to make sure we reflected that and captured that energy in the brand.”

Unlike the A, which is a strong departure from the A last used at Augusta State University, the new jaguar is very similar to the old one, an evolution rather than a revolution.

And that was intentional. Throughout the rebranding process, it became obvious the community really connected with the jaguar, so instead of drastic changes, they simply made it a little more competitive-looking by opening the mouth, baring its teeth, giving it a slightly different eye and ear and updating its color pattern.

While the university will retain its unique blue and grey color scheme, the shades have been altered to avoid some of the issues previously experienced with the other colors.

A very specific color palette, including the amount each color should be used in certain messages, is included in the brand guide, which gives detailed instructions on the proper use of all Augusta University brand items.

Though the project has been a rewarding endeavor, all involved are anxious to unveil the brand.

“I can’t wait to see the flags in front of businesses and homes,” Evans said. “That’s part of the strength of the array of visual identity that we have, in that there’s something for everybody, and we think people are going to show their pride for Augusta University.”