The strength inside: Overpowering mitochondrial disease 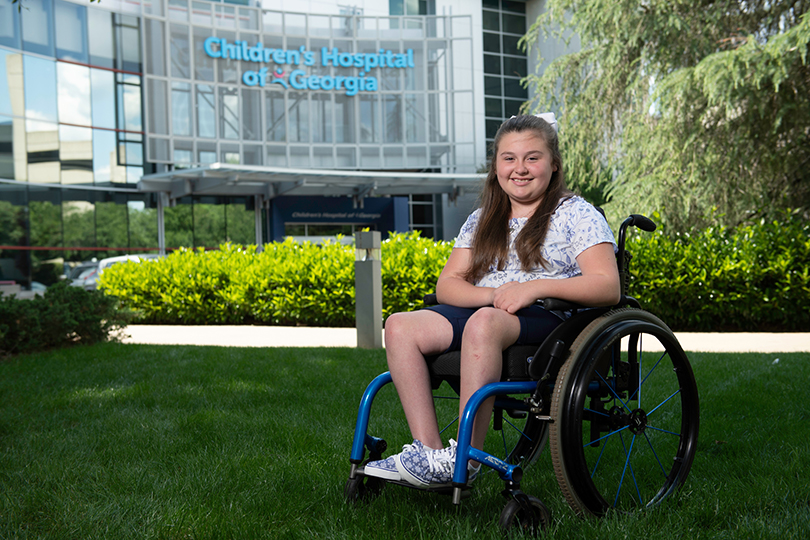 They are the powerhouses located inside the cells of every person. While healthy mitochondria are responsible for producing energy your body needs for healthy cell growth and supporting organ function, there are times when they fail to do their job. A mitochondrial problem in the body can be so powerful, it left an energetic, happy 3-year-old unable to stand just hours after skipping through the door of the emergency room for what her parents thought would be a simple visit.

“Emma had been fighting an ear infection that survived through three rounds of antibiotics,” said Nikki Taylor, mother to now 12-year-old Emma Taylor. “We thought we would spend a few hours in the ER and just get fluids.”

Instead, their overnight stay at the Children’s Hospital of Georgia ended up lasting more than 30 days. Part of that time Emma was in a coma-like state, leaving her family searching for answers about how a sweet, smiling child could lose the use of her legs and arms, as well her ability to talk.

“All I can tell you about those first few days is the fear and panic we felt,” Taylor said. “They did a spinal tap, they drew vial after vial of blood to test and conducted other tests. They even sent off some of her samples to medical centers in Washington, D.C., and Texas to see if their doctors could help diagnosis our daughter.”

It was not how Nikki and Jeremy Taylor expected to spend the summer of 2010. Spending night after night in a hospital room, along with all the questions they had about their little girl’s fight for her life weighed heavy on their hearts. However, the doctors, nurses and other staff at the Children’s Hospital of Georgia were there to help carry the weight.

I know it sounds cliché, but when we were there [at the Children’s Hospital of Georgia] we felt like the only family they were taking care of. Now, they are a part of our extended family.

“I know it sounds cliché, but when we were there we felt like the only family they were taking care of,” Jeremy said. “Now, they are a part of our extended family.”

While mitochondrial disease is common, the various subtypes are not. In Emma’s case, after multiple rounds of testing, doctors determined she has a double chromosome in one of her genes.

“Every night our neurologist, Dr. Elizabeth Sekul, would research Emma’s case,” Taylor said. “She would go over her test results with her contacts at other medical centers in the country to try and determine why our daughter was in the state she was in. We also had residents stationed in the area of the ICU where we stayed for the first month doing research.”

“Once she woke up from her coma-like state, we kept asking God to help her find her voice,” Taylor said. “If she could talk she could tell us how she’s feeling, what she’s feeling. Maybe those details could have helped Dr. Sekul with a diagnosis.”

It took time and a lot of speech therapy to help Emma start speaking and forming sentences again. Because of the malfunction in her mitochondria, having extended conversations can leave her feeling exhausted.

“It just takes so much energy for her to form her thoughts and process information,” Jeremy said. “But when she starts talking, it can be hard to get her to stop.”

“After being diagnosed, we started connecting with other families living with mitochondrial disease,” Taylor said. “When we went to Washington, D.C., for more testing, we allowed Emma’s medical information and tests to be part of their research project.”

The family also has strong connections and lasting friendships with families who were treated at other Children’s Miracle Network Hospitals in America and Canada. Emma was selected as the 2013 Children’s Champion for Georgia’s statewide campaign. For her family, it meant a trip to Orlando, Florida and Washington, D.C., to meet former President Barack Obama.

“It was the best vacation and the best week we’ve ever had,” Taylor said. “It was an eye opener to see and hear what other parents went through on a daily basis.”

“You tend to get into your own bubble, your own world, when you have a child like Emma,” Jeremy added. “But, she had the best time that week. I think the highlight for her was meeting Nick Cannon and Zendaya.”

The Taylor family has been featured in music videos for the Children’s Hospital of Georgia, along with appearances on TV and radio as part of the hospital’s annual gift campaigns. While the family has spent a lot of time since 2010 sharing their story, they are quick to let family, friends and total strangers know their daughter is not defined by her condition.

“If she wants to swing, we help her into the swing so she can participate,” Jeremy said. “Vacations take a little bit of extra planning to make sure Emma can be included in the things we want to do. It is so important for us to make sure she can be part of the fun.”

While they do all they can to make sure Emma never feels left out, it can be exhausting for both parents. But they say their marriage, their family, their friends, and their faith give them the strength they need to be strong for their daughter when her chronic condition starts causing problems.

“For me, the key thing is support and having a good supporting cast,” Jeremy said. “We are blessed to the max for that.”

After Emma was diagnosed, Sekul asked her parents to be tested because their daughter’s form of mitochondrial disease can be passed on. The results showed both of Emma’s parents have a depletion in the same gene. Emma received both depletions, leading to her chronic illness. Because of their risks, the Taylors chose to adopt, instead of trying to have another biological child. These days, Emma has two brothers to help her around the house.

“When we talked about adoption with Emma, she was adamant that she wanted to have brothers,” Taylor said.

While family and faith have played a large role in how the Taylor family has been able to handle Emma’s condition, her friends have also been there to help. One of them, Madelyn James, who Emma calls her “bestie” has been a part of Emma’s life since the very beginning of her battle.

James has been there every step of the way as her friend works through a rigorous therapy that includes occupational and physical therapies at an outpatient clinic and at Emma’s school as well as speech therapy at school. The journey she’s going through was the focus of a school project James did. At the conclusion of the project, James said her friend’s courage and bravery inspired her to help other people who were having trouble speaking.

“Maddie was Emma’s buddy before she even knew Emma would need a buddy,” Taylor said. “I’ll never forget watching her climb right up in that hospital bed and hold Emma’s hand. She hasn’t stopped holding it since.”

The Taylor family said that friendship allows Emma to focus on the fun she can have, instead of on the activities she can’t enjoy. 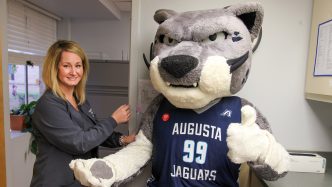 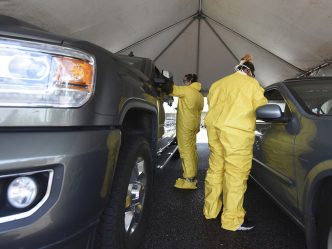 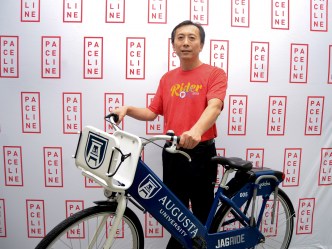