The Kawa Model: How the flow of a river changed occupational therapy 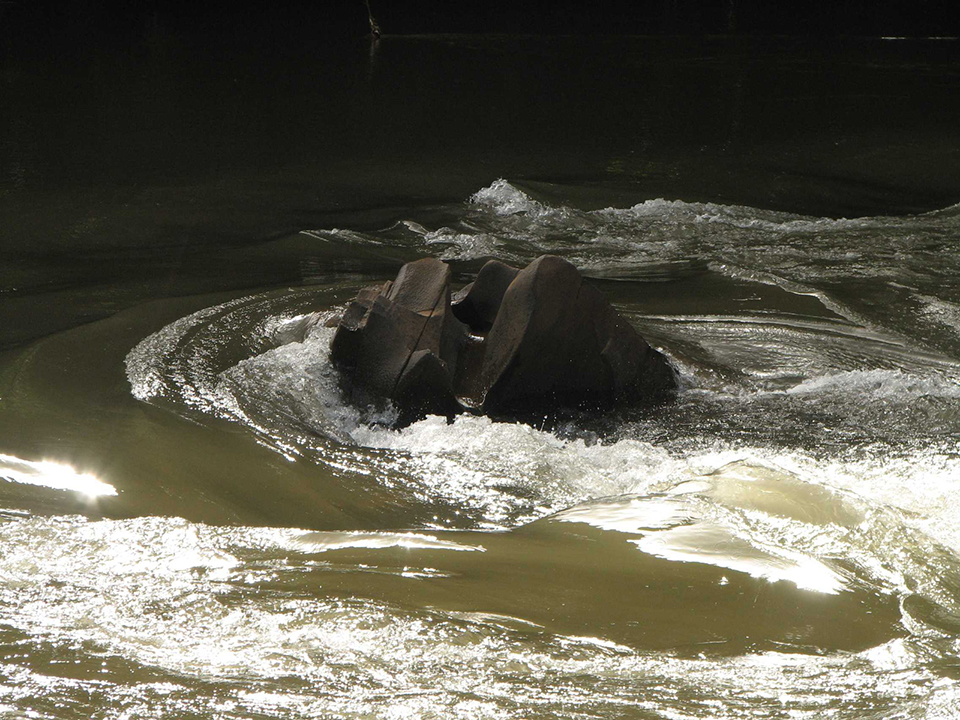 A river runs through the land, twisting and turning. Fallen tree trunks lay in the water, and the river sweeps over them. Farther down, the flow of the river picks up, rolling around rocks and driftwood.

It’s this flow of a river that was the inspiration for Dr. Michael Iwama’s theory of occupational therapy called the Kawa Model, named after the Japanese word for river.

This theory is now taught in more than 500 occupational therapy programs around the world and used in practice in six continents.

“The river is used as a metaphor to describe or explain a person’s life journey,” said Iwama, chair of Occupational Therapy at Georgia Regents University. “The purpose of occupational therapy is to enable people’s lives to flow better.”

“The Kawa Model helps people understand and appreciate people in the context of their daily realities,” Iwama said. “If water is symbolic of life, there are obstacles like rocks and driftwood that can impede flow. The river walls can also affect flow.”

The source of the river

Iwama was born in Japan, but his family moved to Canada in the ’70s. There, he went to high school and earned two bachelor’s degrees and a master’s degree. After earning one doctoral degree in the Netherlands, he decided to go back to Japan for a second doctoral degree.

It was when he became a professor at Kibi International University in Japan that he realized there was a big challenge for occupational therapists in Asian culture.

“When I was there – returning to my roots as an adult – two things happened. I became aware of the profound cultural differences between America and Asia,” Iwama said. “The other thing I became aware of was that most of our models in occupational therapy were developed in Western culture, and those theories were difficult to apply in a different cultural setting.”

Asian cultures embrace a more collective society, Iwama said. In Japan, it’s acceptable to be completely dependent on someone else. For example, it’s not uncommon for family members to dress other family members who aren’t able to do it themselves. So while Western-developed models of occupational therapy would teach someone with a disability to perform tasks independently, in Asian cultures that practice could be insulting.

Over time, what Iwama and the other researchers discovered was that the Kawa Model wasn’t just an effective occupational therapy model for Asian cultures; it was relevant to the varied cultural contexts in Eastern Europe, Australia, the U.K. and North America.

“I think at the core of the Kawa Model is that all things, including people and our environment, are inseparably connected,” Iwama said.

When students understand this connection, Iwama said, “they can appreciate the complexities of catastrophe and illness and the consequences on a person’s life flow.”

The mouth of the river

But Iwama uses more than just the Kawa Model to encourage his students to think from different cultural perspectives.

“I’ve developed two ways to help increase our students’ exposure to difference and culture,” Iwama said. “One of them is to develop relationships with occupational therapists in other countries, and the second is to host visiting fellows and visiting students.”

In the past, Iwama brought an Australian occupational therapist to speak to first-year students at GRU. He’s planning to host a doctoral student from Japan for six months starting in January.

Iwama is one example of what GRU is celebrating during International Education Week now through Nov. 19: preparing students for a global environment and attracting future leaders to study and learn in the U.S.

“Dr. Iwama and other international employees at GRU add such value to the learning environment,” said Jonathan Harwood, senior international coordinator in the International and Postdoctoral Services Office. “Their wide array of experiences and connections around the world help students learn about their fields from different perspectives.”

Iwama is one of more than 600 international employees at GRU, including faculty, staff, residents and postdoctoral fellows. The International and Postdoctoral Services Office currently services about 100 of those employees.

“The International and Postdoctoral Services Office plays an enormous and important role for our university and for our community in being an enabling bridge between people of different cultures,” Iwama said. 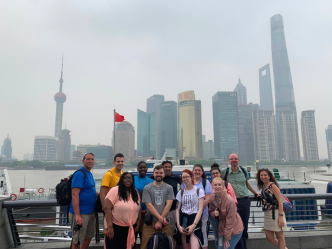 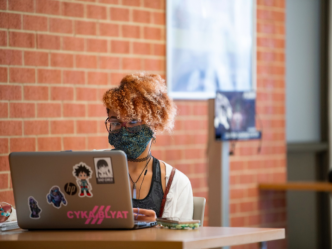 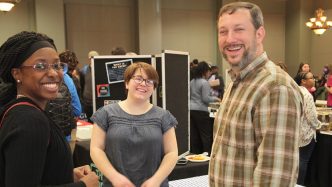 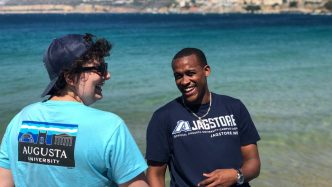