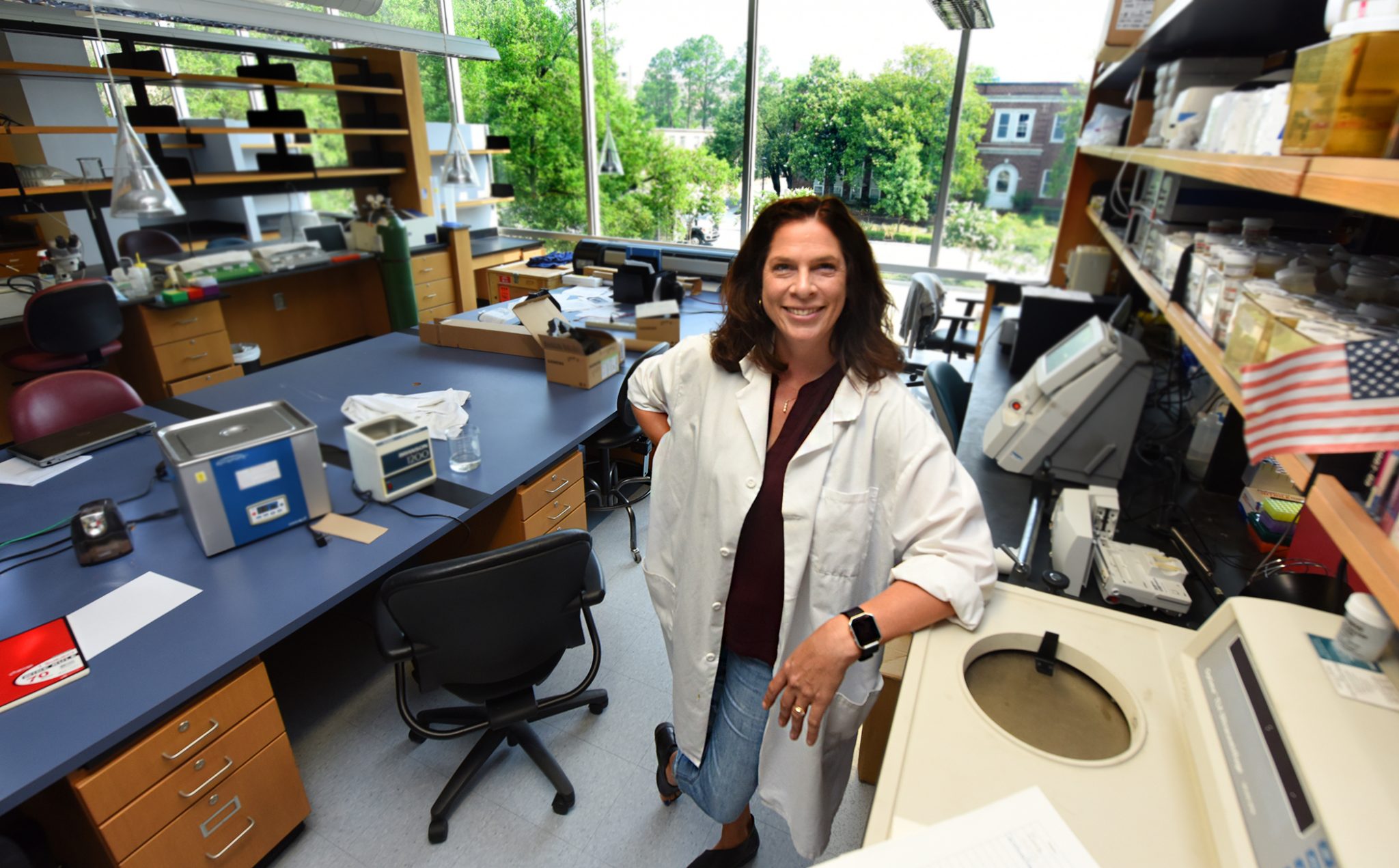 AUGUSTA, Ga. (June 13, 2018) – Dr. Jennifer C. Sullivan, pharmacologist and physiologist in the Department of Physiology at the Medical College of Georgia, has been honored by the American Journal of Hypertension and the American Heart Association’s Council on Hypertension.

Sullivan, whose research pursuits include understanding gender differences in hypertension, has been selected for the inaugural John Laragh Research Award from the American Journal of Hypertension. The new annual award honors an exemplary basic, clinical, translational, epidemiology, population science or health systems investigator under age 45. Awardees are invited to submit a paper reviewing their work to the journal.

Sullivan also has been selected for the Mid-Career Award for Research Excellence from the AHA Council on Hypertension. The award recognizes an investigator active in hypertension or cardiovascular research who has made significant contributions to these fields. The winner makes a presentation and will be honored at the September Joint Hypertension 2018 Scientific Sessions in Chicago.

Sullivan has an AHA Established Investigator Award to explore the role of T cells in salt-sensitive females and National Institutes of Health funding to look at T cell mediated hypertension in males and females. Additionally she is a project leader on an NIH Program Project grant exploring different ways a variety of cells die in males and females in the face of high blood pressure and how that impacts their disease.

She chairs the AHA’s Fellowship CV Cardiorenal Basic Science Study Section, which reviews potential AHA fellowships with a cardiovascular focus, and has served on several NIH study sections including as a reviewer this year for the National Heart, Lung and Blood Institute Biorepository: Scientific Opportunities for Exploratory Research. Sullivan chairs the AHA’s Membership/Communications Committee and the American Physiological Society’s Sex and Gender Interest Group. She is a member of the AHA’s Nominating Committee of the Council of Hypertension and co-chairs the American Physiological Society’s Renal Section Awards Committee.

She completed her PhD at the Center for Cardiovascular Sciences at Albany Medical College in New York and her postdoctoral fellowship at MCG before joining the faculty in 2003.