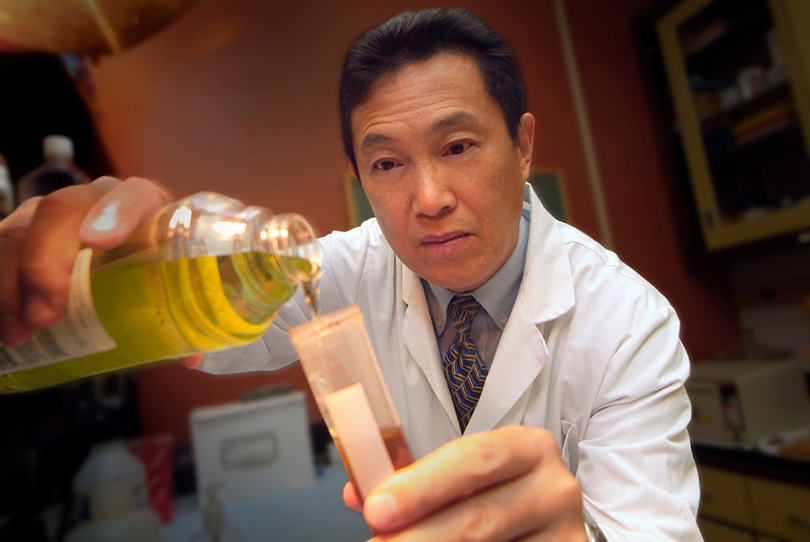 AUGUSTA, Ga. (Sept. 7, 2016) – A green tea hand sanitizer created by an Augusta University researcher is proving to be highly effective in killing viruses. Dr. Stephen Hsu, a professor in the Department of Oral Biology at The Dental College of Georgia, introduced ProtecTeaV EGCG Sanitizer in 2015, one of several green tea products he’s taken from laboratory to marketplace, providing evidence-based treatments for ailments including dry mouth, cold sores, and now viruses.

Alcohol-based instant sanitizers – used routinely in health care settings, schools, and other public places to help prevent microbial infections – have gained popularity in recent years because they’re portable, ease-to-use and effective against actively growing bacteria, as well as some viruses. However, most hand sanitizers on the market are ineffective in combatting non-enveloped viruses, according to Hsu.

A non-enveloped virus is generally more stable than an enveloped virus and can survive in its environment much longer, making it more contagious. For example, the non-enveloped norovirus is responsible for about 20 million acute gastroenteritis cases each year in the U.S. and is the virus often to blame for rampant sicknesses on cruise ships. Many viruses can be deadly as well, such as human papillomavirus (HPV), which causes 27,000 cancer cases each year in the U.S. – that’s one new case every 20 minutes, according to the Centers for Disease Control and Prevention.

Investigators at Augusta University and State Key Laboratory of Virology in China, led by Hsu, evaluated the effectiveness of the alcohol-based ProtecTeaV EGCG sanitizer formula, against more commonly used hand sanitizers to see how each stood up against the non-enveloped human poliovirus – one of the most difficult viruses to kill.

How a substance stands up to the poliovirus is essentially the “gold standard” for how effective an anti-viral product is, according to Hsu, whose study demonstrates that ProtecTeaV EGCG sanitizer is 100 times more effective in reducing the infectivity of poliovirus-1 than what’s mandated in the internationally established standards. The results were published July 23 in the Journal of Antivirals, Antiretrovirals Research and Therapy.

“The impact of this product will mean fewer transmissions of viruses and outbreaks, fewer food borne illnesses, and less chance of getting sick from public facilities or on a cruise ship,” said Dr. Hsu. “ProtecTeaV sanitizer could reduce the number of sicknesses spreading through a classroom, and as a result, people may stay healthier and lives may be saved.”

Hsu said the study shows that ProtecTeaV EGCG hand sanitizer formula, containing the green tea extract EGCG, possesses an effective anti-viral capability that could also be studied for potential use in novel disinfectant and antiseptic approaches to better protect the public from pathogenic viruses.
Current strategies to prevent microorganisms, including viruses from entering the body are focused mainly on surface protection, which is performed by washing hands with soap and water, surface disinfectants, and hand sanitizers, particularly alcohol-based sanitizers.

“But concerns about effectiveness, the toxicity of certain ingredients of disinfectants, pollution, and quick evaporation of the alcohol in hand sanitizers, limit the effectiveness of many products,” Hsu said.

Furthermore, alcohol-based cleansers can strip away moisture in the hands, according to Hsu, but because the ProtecTeaV formula contains antioxidants, it has the added benefit of dry skin protection.

The Dental College of Georgia is already using the product in patient clinics. 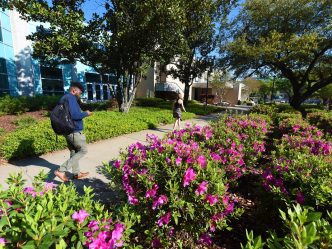