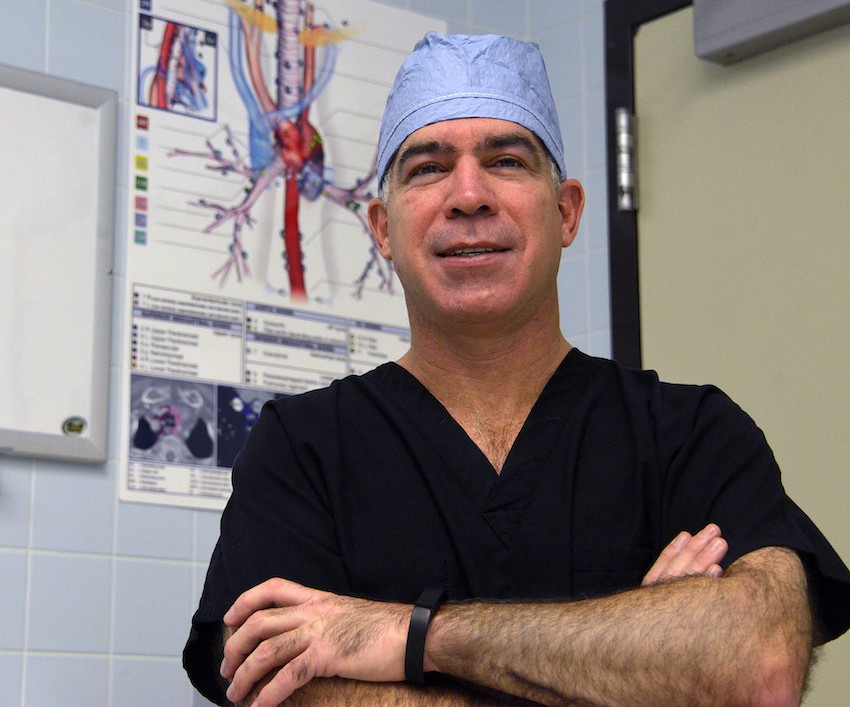 AUGUSTA, Ga. – A standardized treatment approach that starts with good screening and ends with patients going home to well-prepared caregivers, means outpatient thyroid surgery is safe for the vast majority of patients, including the elderly and super-elderly, physician-scientists say.

One study looked at 1,311 thyroidectomy procedures – including 1,026 outpatient cases – from May 2006 to November 2013, by a single surgeon at an academic medical center. It found that while the percentage – 59.7 to 92.3 percent – and complexity of the cases performed on an outpatient basis climbed steadily over the years, the readmission rates for outpatients was less than one percent.

A subsequent evaluation in which the same researchers compared results in older and younger patients found that the same methodical approach makes outpatient thyroid surgery a safe option for even their oldest patients. That study looked at a control group of 328 patients a mean age of 33, 201 patients a mean age of 70 and 16 patients an average age of nearly 83.

“We have continued to refine our approach, evolving from one in which patients were kept in the hospital just under 24 hours to sending a handful a patients home right after surgery,” said Dr. David J. Terris, otolaryngologist at the Medical College of Georgia at Augusta University and surgical director of the university’s Thyroid Center.

“The process has been tweaked, and we are slowly growing the outpatient numbers. We have looked at things like how we manage the medicines, especially the calcium supplements, and how we manage the instructions we give caregivers,” Terris added. ”Now, we’ve said: We are comfortable with this. And patients love it.”

Terris is corresponding author of the overall safety study published in the journal Surgery and his team presented the elderly, super-elderly study at the most recent annual meeting of the American Academy of Otolaryngology.

Even with older patients having significantly more unrelated health problems, such as hypertension and diabetes, as well as generally more aggressive thyroid disease, complication rates held steady at 5-6 percent in virtually all groups.

“Despite having a higher incidence of comorbid conditions, our older patients did just as well when we sent them home after the operation,” Terris said. He notes that having severe unrelated health problems makes it more likely patients will be treated as inpatients. Not having a good support system at home can be another reason to keep patients of any age in the hospital. Those living a long distance away from their health care provider typically are discharged the day of surgery but are asked to remain in the area for at least the first night.

While thyroid problems tend to occur most commonly in young women, rates peak again in the elderly when they are increasingly seen in men. The nation’s aging population means surgeons are finding themselves operating on older and older patients of both genders with this problem, Terris said.

Terris has pioneered minimally invasive approaches that have helped reduce recovery time as well as the resulting classic scar at the base of the neck, giving patients today an unprecedented number of thyroid surgery options. While outpatient thyroid surgery began to emerge in the 1980s, its use and success have increased dramatically in more recent years. Terris considered his own outpatient protocol well refined by 2006, the year the retrospective Surgery study began.

Over the seven-year period of that study, for example, the percentage of cases handled as outpatient increased as surgeons used this approach to remove larger benign growths as well as a greater number of cancerous thyroid tumors. Those treated as inpatients tended to be older, heavier, male, black and have larger thyroid growths or nodules.

While readmission rates were low for both inpatient and outpatient populations, the shrinking number of inpatients, who had more complex conditions in the first place, did require more hospital readmissions, 3.5 versus 0.9 percent, respectively.

Terris’ study exploring elderly outcomes showed the rate of malignancy of the super-elderly was double the rate of younger patients as well as those age 65 to 80 and the oldest patients also tended to have larger growths generally. Still, readmission rates for the elderly and super-elderly were lower than the younger control groups.

The only real change in complication rates was a decreasing rate of temporary calcium deficiency, which can occur as a result of even minor trauma to the adjacent parathyroid glands, which regulate calcium levels. “They get bruised and take a few days or weeks to recover,” Terris said.

In fact, older patients generally tended to have less problems with low calcium levels, which affect muscle control and can leave patients with tingling fingertips and toes and even lead to heart problems.  Aggressive calcium supplementation that begins the evening of surgery and continues for three weeks has reduced rates of hospital readmission for hypocalcemia to under 1 percent for all patients. Bleeding inside the neck that can block the airway is another potential complication that surgeons such as Terris have helped address by changing how or even if they suture the vertical strap muscle in the neck they must separate to gain access to the thyroid glands.

Terris’ previous studies have shown that much smaller neck incisions typically work just as well as larger ones and that minimally invasive approaches also are safe and effective for children. He also developed a no-neck-scar approach that enables access to the thyroid glands through a facelift incision in the hairline of some patients 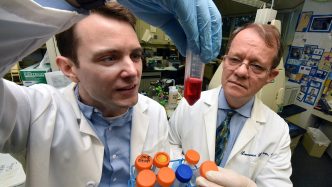