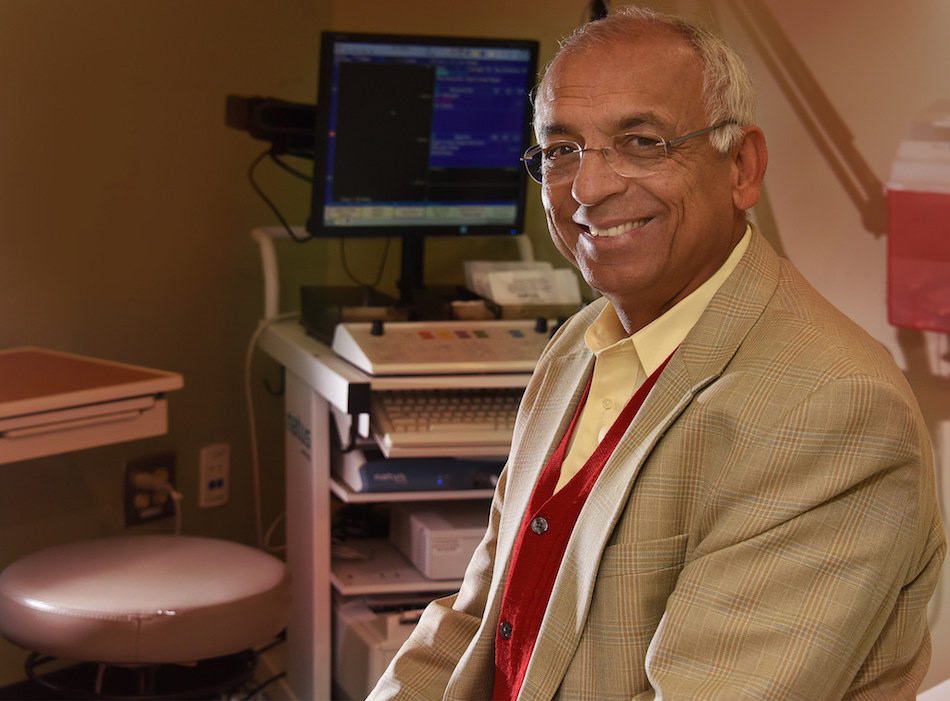 Dr. Kapil Sethi, a neurologist and former director of the Movement Disorders Program at the Medical College of Georgia at Augusta University, is the 2017 recipient of the Association of Indian Neurologists in America’s Lifetime Achievement Award.

The award recognizes a leader in neurology based on his dedication to advancing the training of North American neurologists of Indian origin and promoting innovation and research in the field of neurology. Sethi received the award at the group’s annual meeting this week in Boston.

Sethi was appointed director of the Movement Disorders Program in 1985 and served in that capacity until last year. He also was Director of the National Parkinson’s Foundation Center of Excellence at AU Health from 2000-09.

An internationally known expert in movement disorders, Sethi is currently a principal investigator on a study to determine whether a constant subcutaneous infusion of apomorphine over 18 hours daily can help “rescue” Parkinson’s patients from bouts of immobility and smooth out their movements. The MCG and AU Movement Disorders Program is among 20 sites across the nation enrolling up to 60 patients in the study.

Sethi is former treasurer for the American Academy of Neurology Foundation and a former member of the Board of Directors of the American Academy of Neurology. He has served on the Fundraising and Program committees for the World Parkinson Congress and on the World Health Organization’s Advisory Board for Revision of ICD-10 Diseases of the Nervous System. In 2009, he served on the Clinical Intervention Awards Program Review Committee for the Michael J. Fox Foundation for Parkinson’s disease. He is former president of the Association of Indian Neurologists in America.

He is a former editorial reviewer for high-end scientific journals like The New England Journal of Medicine, Brain, Journal of Neurology, Neurosurgery & Psychiatry, PD and Related Disorders and Movement Disorders. He was listed among America’s Top Doctors for 16 consecutive years, from 2001-17, by Castle Connolly.

Sethi was born in Sultanpur, India, graduated from Christian Medical College in Ludhiana, and completed much of his postgraduate training, including fellowship training in neurology, in India. He was a research fellow at Charing Cross Group of Hospitals and Medical School in London and completed additional neurology training at the Sub-Regional Unit of Neurology for Welsh National School of Medicine and Morriston Hospital in the United Kingdom before coming to MCG for his final two years of residency.