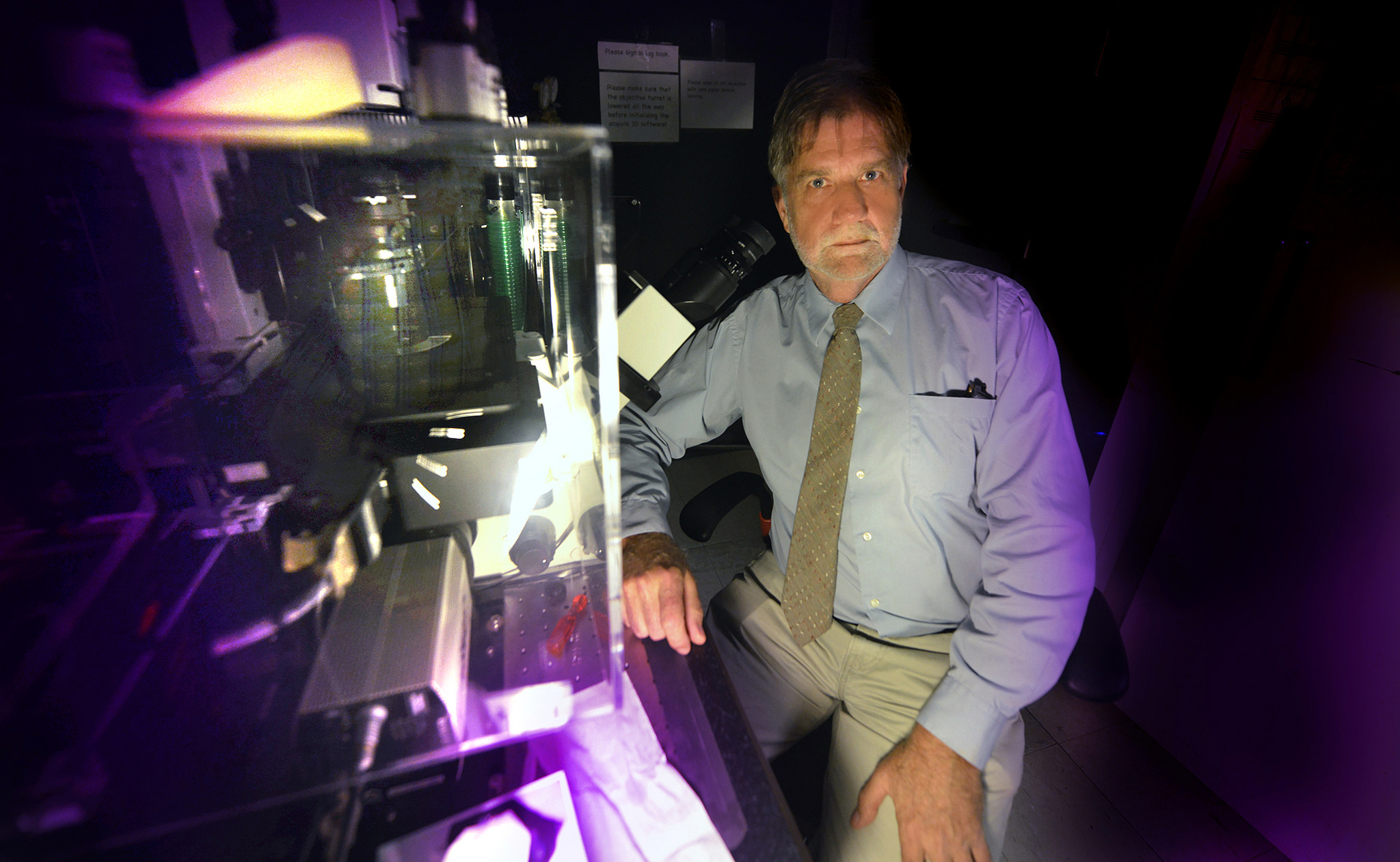 Body builders have it right: vitamin E does help build strong muscles, and scientists appear to have figured out one important way it does it.

Vitamin E has long known as a powerful antioxidant, and now scientists have shown that without it, the plasma membrane, which essentially keeps a cell from spilling its contents and controls what moves in and out, cannot properly heal.

That’s a big problem for many cells, such as muscle cells, which get membrane tears just from being used.

“Every cell in your body has a plasma membrane, and every membrane can be torn,” said Dr. Paul L. McNeil, cell biologist at the Medical College of Georgia at Augusta University and corresponding author of the study in the journal Free Radical Biology and Medicine.

The scientist suspects knowing the cell membrane repair action of vitamin E has implications for muscular dystrophy, and common diabetes-related muscle weakness, as well as traumatic brain injury, resulting from collisions on a football field, battlefield, or roadway. With a traumatic brain injury, for example, one of the first events that happens is that the plasma membrane of the neurons, key cells in the central nervous system, tear.

The association between vitamin E and healthy muscles is well-established; for example, mammals and birds deprived of the vitamin experience muscle-wasting disease, in some cases lethal disease. A poor diet resulting in low vitamin E levels in the elderly contributes to frailty syndrome, a condition where muscles are weak and people are unsteady on their feet. The ubiquitous vitamin’s well-established role as a powerful antioxidant has led to its use in antiaging products and in helping delay the onset of Alzheimer’s by protecting neurons from free radicals.

Exactly how vitamin E protects muscle, as well as other cell types, has been unknown.

“This means, for the first time, 83 years after its initial discovery, we know what the cellular function of vitamin E is, and knowing that cellular function, we can now ask whether we can apply that knowledge to medically relevant areas,” McNeil said.

For the new study, rats were fed either normal rodent chow, chow where vitamin E had been removed, or vitamin E-deficient chow where the vitamin was supplemented. First, there was a period of training to ascertain the rats’ innate ability to run downhill on a treadmill – a challenging move for muscles, called an eccentric contraction. The exercise helps lengthen muscles and can produce the most soreness in athletes because of the high mechanical stress as the muscle contracts and lengthens simultaneously. Gravity is an additional force.

They found vitamin E-deficient rats were generally deficient in their running ability compared with controls and made significantly more visits to a grid, despite the fact that they received a mild electric shock when they stood there. The scientists also administered a dye that could not permeate an intact plasma membrane and found it easily penetrated the muscle cells of vitamin E-deficient rats. McNeil notes that a healthy cell makes a patch within a minute and has completely restored the cell membrane within a few minutes. Later examination of the quadriceps muscle fibers under a microscope showed rats fed normal chow or chow where vitamin E had been restored were essentially the same. The large thigh muscle fibers in rats fed vitamin E-deficient chow were smaller and inflamed.

While exactly how free radicals, or reactive oxygen species, interfere with important cell membrane repair remains a mostly unanswered question, McNeil suspects they basically get in the way. Free radicals are essentially waste products produced by normal body functions, such as using oxygen, as well as exposures to cigarette smoke and other air pollutants and chemicals. Because it’s lipid-soluble, vitamin E can actually insert itself into the membrane to prevent free radicals from attacking. It also can help keep phospholipids, a major membrane component, compliant so they can better repair after a tear.

For example, exercise causes the muscle cell powerhouse, the mitochondria, to burn a lot more oxygen than normal and so produce more free radicals while the physical force tears the membrane. Vitamin E enables adequate plasma membrane repair despite the oxidant challenge, helping keep the situation in check.

“The major medical significance here is yet to be  uncovered,” McNeil said, but could one day mean not just supplements to aid sluggish membrane repair in diseases such as muscular dystrophy, but preventive therapy for high-risk individuals such as astronauts or soldiers.

McNeil’s 2011 study in Nature Communications indicated that, at least in cell culture, one way vitamin E keeps muscles healthy is by enabling cell membrane repair. Those studies linked the antioxidant and membrane repair benefits of vitamin E. Muscle cells in culture repaired better when vitamin E was added; when cells were exposed to free radicals, repair failed. Those findings led McNeil to see if the findings held up in research rats. Still earlier work showed that muscle cells were more fragile and membrane tears more common in muscular dystrophy.

Good sources of vitamin E include vegetable oils; nuts; seeds such as sunflower seeds; green leafy vegetables; and fortified breakfast cereals, fruit juices, and margarine, according to the National Institutes of Health.