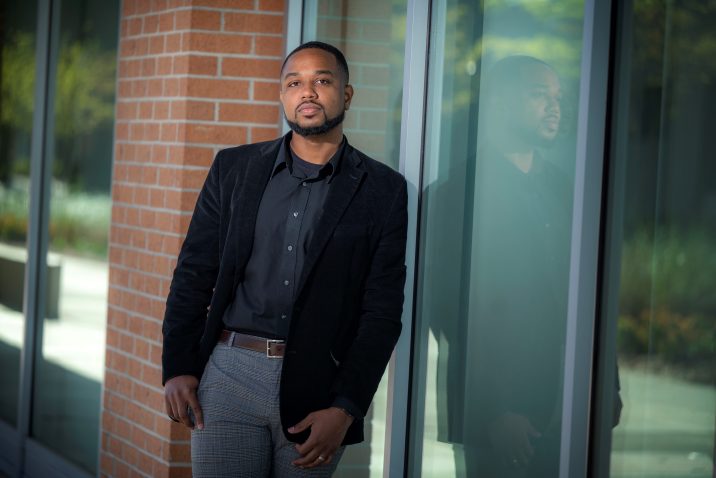 Georgia counties with the highest mortality rates from four common cancers tended to be more rural, have higher poverty rates and have a higher percentage of Black residents and/or older individuals, according to researchers at the state’s public medical school and Georgia Cancer Center.

Georgia’s hotspots for death from breast, prostate, colorectal and lung cancer over a 20-year period from 1999 to 2019 were concentrated in the eastern Piedmont to the southern-most Coastal Plain regions, as well as the southwestern rural and northern-most rural areas, says Dr. Justin Xavier Moore, epidemiologist at the Medical College of Georgia and Georgia Cancer Center.

“We observed distinct geographic and racial/ethnic disparities in mortality from breast, colorectal, lung and prostate cancer,” Moore and his colleagues write about Georgia’s hotspots for some of the leading causes of cancer death.

“Now that we understand these are hotspot areas, we need to understand what is really driving that,” Moore says.

He is presenting the findings at the American Association for Cancer Research Annual Meeting in New Orleans April 8-13. Moore also is being honored at the meeting by the association with a Minority and Minority-Serving Institution Faculty Scholar in Cancer Research Award for his work.

He led the geographic and racial variation analysis to pinpoint death rates in the top 10% in the 24th largest state in the nation, which remains largely rural despite a population that regularly ranks among the country’s largest. His data came from sources like the Centers for Disease Control and Prevention and county health rankings.

This type of specific data for regions can help direct both follow-up studies to better understand why they are happening, including identifying problems like long-term risk factors and barriers to health care, as well as targeted efforts by institutions like MCG and the Georgia Cancer Center to directly address those at risk where they live, Moore says.

“We have resources in terms of community-based partnerships, pamphlets, information about screening and preventive behavior, access to clinical trials, but are we actually disseminating that information to those communities and do we have relationships with those areas who may need help the most,” Moore says.

As examples of what they found, Burke County, Georgia, on the Eastern border of Georgia in the Piedmont, was identified as a hotspot for prostate cancer mortality in both Black and white men and for colorectal cancer in Black adults. Waynesboro is the county seat for Burke County, which has a population of over 24,000, about half white and half Black, according to the U.S. Census Bureau, and where about 16% of the population is age 65 or older and about 20% of the population live in poverty.

Richmond County, which has Augusta as its county seat and is considered generally urbanized and has a population that is mostly under age 65, nearly 58% Black and 37% white, was rated a hotspot for prostate cancer deaths in white males only.

Near the edge of Georgia’s Southwest fringe, largely rural Miller County is a hotspot for prostate cancer mortality in white men. The county has a population of about 6,000, about 66% of which are white and about 30% are non-Hispanic Black residents, according the 2020 census. The population of its county seat of Colquitt, Georgia is about 2,000, and about 40% are white and about 55% are Black residents. Miller County was not identified as a hotspot for the other cancers.

Moore notes that with few exceptions, like Fulton County, Georgia’s most populous county that is home to more than a dozen towns, including Atlanta, and classified as urban, most counties are a range of rural to urban. Fulton County, whose population is about 45% Black and nearly 52% female, was rated a hotspot for breast cancer in Black women only.

Part of what Moore and his colleagues want to do next is partner with existing organizations within a hotspot to go directly into that community to meet people wherever they naturally gather and put relevant information directly in their hands and answer their questions, rather than count on “passive diffusion.”

But Moore also wants to examine more details on the subtypes and stages of cancer in individuals in each county, treatment strategies they received and how far they had to travel for treatment.

“There is so much in terms of community-based and engaged work that still needs to be done, which is a major part of why I do this,” Moore says. “We know that your zip code, where you live, influences your health outcomes.”

He hopes the hard evidence of cancer hotspots in the state will help drive the community-based work that still clearly needs to be done for those disproportionately affected.

“Try to put yourself in the position of someone who is living in rural Georgia who may have their own farm, their own lives, but they may not necessarily have a primary care physician or have insurance to cover health care costs so oftentimes they may not seek care until it’s too late,” Moore says.

There also are additional financial strains like taking time off from work and securing childcare to travel a significant distance to a place like Augusta that may offer definitive care and potentially having to do that many times over many months to get treatment for cancer or other ailment. “Where people live is driving a lot of this,” Moore says. “We need to help change that.”