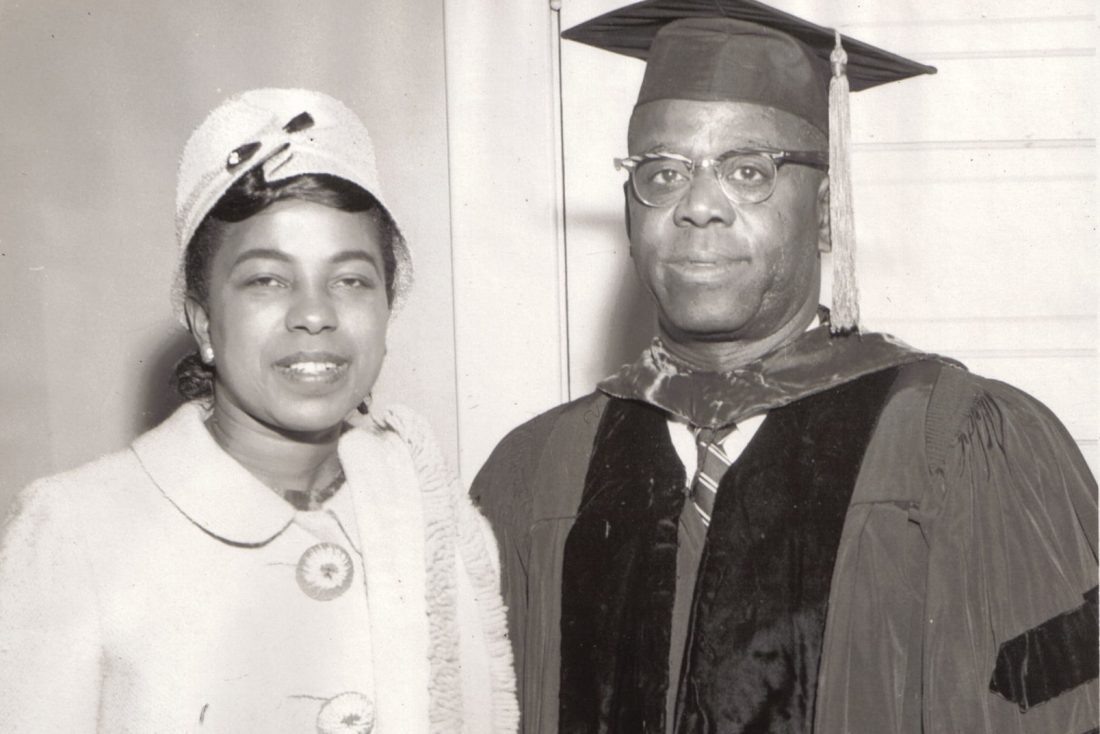 Augusta University’s Office of Diversity and Inclusion, the Department of Art and Design and The Lucy Craft Laney Museum of Black History will host a commemorative event at 5 p.m. Wednesday, April 13 at the Jaguar Student Activities Center Coffeehouse to honor the lives and legacy of the Washingtons.

Justine Washington, a graduate of Spelman College and former teacher in both Georgia and South Carolina, served more than 20 years on the Richmond County Board of Education. She became the first Black woman to serve as the board’s president. During her career, she taught history, French, English and Hebrew, and also conducted choir.

Dr. William Bloodworth, president emeritus of Augusta State University and professor of American studies at Augusta University, will be speaking at the commemorative event, along with Corey Rogers, a historian from the Lucy Craft Laney Museum, and Taylor Zimmerman, president of the Black Student Union at AU. Sarah Hemphill, president of Mu Xi Chapter of the Delta Sigma Theta Sorority and Devon Johnson of the Omega Psi Phi Fraternity will also be speaking.

In addition, the event will include the unveiling of legacy quilts commissioned by the Brown Sugar Stitchers that capture the Washingtons’ community engagement and commitment to education.

One of the quilts, which will be housed on Augusta University’s Summerville Campus, will serve as an educational instrument, traveling within and around the community to teach about the Washingtons’ legacy. The other quilt will be on perpetual display at the Lucy Craft Laney Museum.

The event will also announce The Ike and Justine Washington Scholarship fund, which was established in 2020, in honor of the Washingtons’ lifetime dedication to community engagement and education and their important contributions to Augusta and the state of Georgia.

Applicants for the scholarship must submit a written essay and one or more letters of recommendation from a school counselor, teacher or school-based administrator. The essay must be between 500 and 1,000 words on the applicant’s involvement with underserved populations in the Augusta area. All essays are judged on overall relevance to the topic and clear communication of ideas through language.

The scholarship is given each year to an outstanding incoming freshman from the Central Savannah Regional Area. To qualify, an applicant must be a graduating high school senior with residence in the CSRA and a minimum 3.0 GPA.

For more information about the commemorative event and The Ike and Justine Washington Scholarship, contact the Office of Diversity and Inclusion.